Shoemaker to the Stars 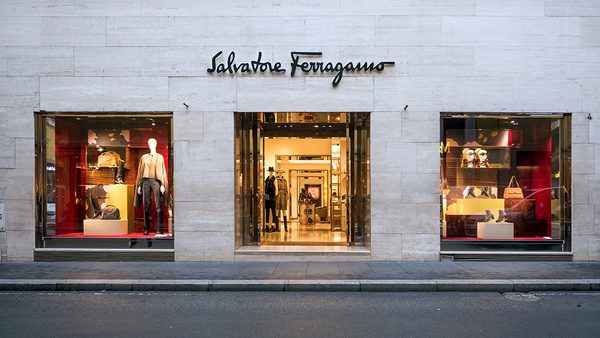 An iconic luxury goods conglomerate, ‘Salvatore Ferragamo’ brings to mind fabulous shoes in the Golden Age of Hollywood, worn by luminaries from Marilyn Monroe and Sophia Loren to Margaret Thatcher. The label was named after its founder whose legacy continues long after his death.

Born eleventh member of a family of fourteen children in a village skirting Naples, Salvatore Ferragamo made his first pair of high heel shoes for his sister at the age of nine. After working with a local shoemaker in Naples, he opened a small store in the front doorway of his parents’ home at the age of twelve. Ferragamo displayed his business acumen by opening his store—which faced the local church—on Sunday when affluent locals were attending the service and many of them placed orders. In 1914, he shifted to Boston, Massachusetts where one of his brothers worked in a cowboy boot factory. After a brief stint there, Ferragamo and his brothers moved to Santa Barbara where he opened a shop for made-to-measure shoes and repair, evolving to designing footwear for the cinema. When World War I ended, the film industry relocated to Hollywood and Ferragamo moved his business to Hollywood Boulevard, designing shoes for iconic films Thief of Baghdad and The Ten Commandments and patronised by stars like Joan Crawford, Vivien Leigh, Ava Gardner, Rita Hayworth, Mae West, Greta Garbo, Audrey Hepburn, Sophia Loren and Marilyn Monroe.

Dismayed by the inferior quality of machine-made shoes, he envisioned mass production of handmade shoes and returned to Florence in the late Twenties. Here, he created partnerships with artisans and opened a workshop on Via Mannelli from where he shipped shoes to the U.S. In 1933, Ferragamo filed for bankruptcy but was able to expand his operations again in the fifties, with seven hundred artisans. His most iconic shoe is “The Rainbow” platform sandal designed for Judy Garland in 1938 as a tribute to her song “Over the Rainbow” in The Wizard of Oz — designed using slabs of cork covered with suede with golden kidskin straps. In 1947, he won the Neiman Marcus Award for “Invisible Shoe” made with nylon thread. Another icon is “Cage Heel” in 1955, which is hollow and light, but exceptionally strong. Most importantly, his experimentation with cork led to designing the wedge.

Salvatore Ferragamo died at sixty-two, leaving his wife and five children to run the company who added classic ready-to-wear and accessories. Today, it is a public company with revenues reportedly in excess of €1.3 billion. What’s admirable is that despite growing from a modest individual to a team of 4,000- strong employees, the passion and teamwork during Ferragamo’s initial alliance with craftsmen in Florence continues to define the company. His life and works is documented in a museum in Palazzo Spini Feroni and in 2013, Ferragamo Foundation opened in Florence to educate young designers, based on his ideas and work.

Florence was a significant cultural epicenter and Salvatore Ferragamo’s body of work is living heritage, inspired by local artisanal and artistic culture alongside materials and colours used by avant-garde artists in the Twenties.

Studying the anatomy of the foot at University of California, Santa Barbara, Salvatore Ferragamo’s mission was to design footwear that was not only beautiful but comfortable and made walking easier.