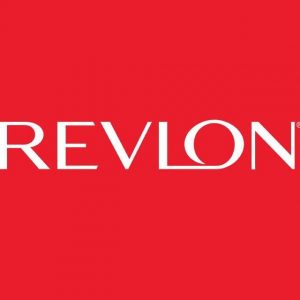 It's Fabulous Being a Woman

To provide glamour, excitement and innovation through quality products at affordable prices.

Cosmetic giant Revlon was founded on March 1, 1932 in New York by brothers Charles and Joseph Revson along with chemist Charles Lachman. It began with a nail enamel, using pigments instead of dyes to develop new shades of nail enamel. In 1937, Revlon retailed it in department stores and pharmacies and, within six years, was a multimillion-dollar company. In 1940, Revlon offered a manicure line and introduced lipstick into the portfolio, promoting it with ‘Matching Lips and Fingertips’ campaign. During WWII, Revlon created makeup and related products for the United States Army and by the end of the war it was the second cosmetics producer in the United States.

Revlon acquired Graef and Schmidt, a cutlery manufacturer seized by the government in 1943, so it could make manicure and pedicure instruments instead of buying from suppliers. In 1957, the company acquired Knomark and in 1967, US Vitamin and Pharmaceutical Corporation. In 1962, Revlon’s entrance in Japan was a gamechanger. Instead of adapting its advertising and using Japanese models, Revlon chose to use iU.S. advertising and models. Japanese women loved the American look and sales that year were estimated at $164 million. On February 28, 1996, Revlon was listed on New York Stock Exchange.

In the Eighties, Revlon pioneered the phenomenon of ‘supermodel,’ making Cindy Crawford inseparable from Revlon. With everyone’s eyes on the brand, Revlon was acquired at reported $2.7 billion by Pantry Pride — renamed Revlon Group, Inc. — a subsidiary of Ronald Perelman’s MacAndrews and Forbes. The buyout, with the help of Michael P. Milken, burdened Revlon with reported $2.9 billion debt. Pantry Pride Inc. offered to buy outstanding shares for $47.5 a share and Forstmann Little and Company offered $56 a share, and a bidding war tool place. Perelman won and paid reported $1.8 billion to Revlon shareholders and $900 million towards costs associated with the purchase. In 1991, Revlon sold Clean and Clear to Johnson and Johnson and shortly, acquired Mirage Cosmetics and then Colomer Group from CVC Capital Partners for reported $660 million.

On November 1, 2013, Revlon named Lorenzo Delpani as President and CEO and in the following year elected Roberto Simon as executive vice president and CEO. The company continued its acquisition trail with The Colomer Group, U.K. based fragrance management company CBBeauty and Elizabeth Arden, Inc. In 2016, Gwen Stefani and Ciara kickstarted an era of celebrity endorsement with Revlon, building mass awareness and social influence. Gal Gadot joined as Global Brand Ambassador and Revlon’s Live Boldly campaign encouraged women to express themselves with passion starring Ashley Graham, Adwoa Aboah, Imaan Hammam and Raquel Zimmermann. In May 2018, the company announced Debra Perelman, daughter of Ronald Perelman, as the first-ever female CEO of Revlon.