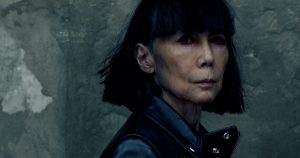 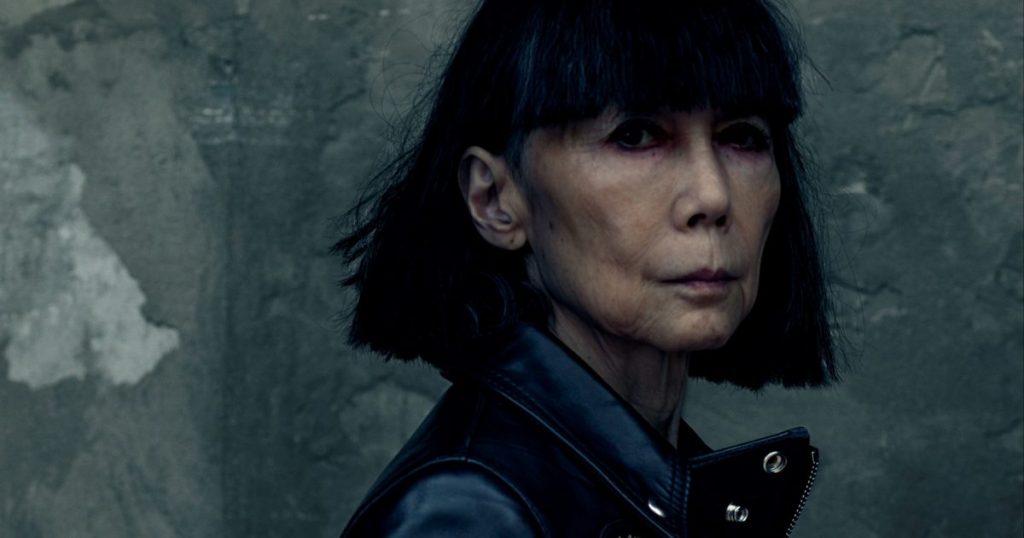 Rei Kawakubo, Creative Director, Comme des Garçons is acclaimed for dystopian couture that continually challenged the axis of Fashion. Its brilliance lies in the incredible skill and visionary approach to translate her current thoughts into runway-ready collections. Despite no formal training in Fashion and a raw, creative unorthodox aesthetic, her business has a reported annual turnover of $220 million. Kawakubo is also co-founder of retail destination Dover Street Market, which she and her husband Adrian Joffe, established in 2004. In 2019, Kawakubo was the only fashion designer to receive Isamu Noguchi Award. She remains at the helm of Comme des Garçons and oversees all creative and business aspects of the company.

Born in 1942, Rei Kawakubo was the oldest of her parents’ three children. Their father was an administrator at Keio University, a champion of western culture and, according to her, of womens empowerment. Although she is not formally trained as a fashion designer, Kawakubo studied fine arts and aesthetics at Keio University in Tokyo, graduating in 1964.. After graduation, Kawakubo worked in the advertising department of textile firm, Asahi Kasei, and diversified into styling. When she couldn’t find suitable looks for her styling projects, she began to design them, and often says she is glad she doesn’t have a formal education in Fashion or an apprenticeship because, in the end, even if she couldn’t sew or cut a pattern, she has no presupposition or master to outgrow. By 1969, her work as a stylist just a means of financing the production of youthful sportswear that she sold through boutiques. She had found her calling.

In 1969, Kawakubo began manufacturing and selling women’s wear under the name, Comme des Garçons. In 1973 she established a company and shortly she opened a boutique in Tokyo. What is admirable is that she was closely involved in fashion design, graphics, advertising and the minimalist monochromatic interior design of her stores believing it’s inter-linked in a singular vision. In 1975, she held first show in Tokyo and then added a men’s collection to her repertoire. By 1980, Comme des Garçons had a hundred and fifty franchised stores in Japan and reportedly a staggering annual revenue of thirty million dollars. Rei Kawakubo then moved to Paris, opened a boutique and in 1981 presented her first collection in Paris. Kawakubo achieved her pinnacle of fame in Paris during the Seventies and Eighties. In 1986, she established Comme des Garcons Ltd., in New York, opened a boutique there and was honoured with Night of the Stars Award. In 1987, Fashion Institute of Technology, U.S.A., honoured Rei Kawakubo as one of the leading women designers of the twentieth century. By the late 80’s Comme des Garcons operated more than three hundred stores worldwide. Renowned for Hiroshima Chic, i.e. primarily black, radically deconstructed collections, she remains at the helm of Comme des Garçons and continues to oversee all creative and business aspects of the company.

Rei Kawakubo is acclaimed for dystopian couture that challenged conventional fashion. After a decade with Comme de Garcons, she felt like doing something directional, with compelling imagery, and challenged conventional Fashion — the dominance of the thin was a target and rich fabric, another. During the Eighties, her garments were primarily black, which led to the press describing Kawakubo and her clientele as ‘The Crows’. She draped fabric around the body in asymmetrical voluminous silhouettes that people of all shapes and sizes would feel comfortable in, even if they looked anti- fashion. Kawakubo then elevated poor fabrics and humbled rich ones — she crumpled silks and baked them in the sun; boiled woollens; faded and scrubbed cottons; bled dyes; and picked at threadwork. However, Kawakubo only teased the audiences with the perception of torn garments and respected its integrity! Her most radical designs were dramatic asymmetrical cuts. Among the mutants she designed are pants spliced into a skirt and a coat deformed with a pink nylon tail edged with black lace! In 1990, reportedly sales touched $100 million! She continued creating an uproar with each collection she showcased; In 1995, her menswear included striped pyjamas reminiscent of prison uniforms at Auschwitz, coinciding with the fiftieth anniversary of the camp’s liberation. And, of course, ‘Dress Meets Body, Body Meets Dress’—with skintight pieces in stretch gingham, malformed with bulbous back, belly and shoulders—challenged the axis of Fashion, astounding the most harried critic!

During the Eighties and Nineties, Kawakubo was in a relationship with designer Yohji Yamamoto, but he later married Adrian Joffe, CEO of Comme des Garçons and Dover Street Market. Kawakubo lives in Tokyo but often travels to Paris to visit her companies’ head offices in the Place Vendôme and occasionally visits her fashion shows.

1998: Launched her own bi-annual magazine, Six, that displayed her seasonal collections.