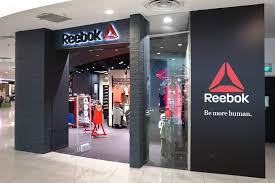 The history of Reebok is a successful entrepreneurial story of fourteen year old Joseph W. Foster handcrafting spiked running shoes in his house and subsequently transforming it into a global brand.

In 1895, fourteen year old Joseph William Foster took a keen interest in handcrafting spiked running shoes and sneakers in his room, above his father’s sweetshop, in Bolton, England. In 1900, he founded his company ‘J.W. Foster’. After his sons joined the business, they renamed the company ‘J.W. Foster and Sons’ and the “running pumps” became popular among athletes and runners. For pioneering the use of spikes, the running pumps appear in the book, ‘Golden Kicks: The Shoes That Changed Sport.’ Distributed in the UK, the shoes became famous when laced up by 100-m Olympic champion Harold Abrahams in the 1924 Summer Olympics, Paris.

Perturbed by a family feud about the direction of the business, Foster’s grandsons, Jeff and Joe Foster, founded “Mercury Sports Footwear” in 1958, which after eighteen months they renamed “Reebok”. Jeff looked after the production and Joe took charge of the design, sales and marketing, travelling extensively to introduce Reebok to sports retailers. In 1979, businessman Paul Fireman appreciated the shoes at Chicago International Sneaker Trade Show and inked a deal to license and distribute Reebok in the US. The division was named Reebok USA Ltd.

In 1982, Reebok was the first active wear shoe company to design for women. The line of shoes, “Freestyle” experienced significant sales due to the right timing — during that time, Jane Fonda workout series was a rage; being the first brand to tap the new market, Reebok was able to maintain its status as leader. By 1983, sales was reportedly $13 million. The following year, Fireman bought the parent company. In addition to its IPO, the brand carved a niche in tennis when worn by tennis legends Boris Becker and John McEnroe. In 1985, Reebok appeared on the New York Stock Exchange under the ticker symbol RBK. Next year, the brand changed its logo from the Union Jack flag to a conceptual Union Jack streak across a race track, indicating its transition to a performance brand since the company was inking licensing deals with athletes in the NBA and NFL. Reebok continued to gain steam in mid- Eighties, introducing sports apparel and accessories and a line of kids’ athletic shoes. One of the company’s iconic shoes, “Reebok Pump”, debuted in 1989 with over a hundred professional athletes lacing up. Reebok also worked with fitness professional Gin Miller to design “Step Reebok” for aerobics.

During the nineties, there was significant restructuring in the company. Reebok named Carl Yankowski President and CEO in 1998. He resigned a year later and Paul Fireman took over as President. The next decade witnessed Reebok inking a deal with tennis legend Venus Williams. In December 2000, Reebok signed a ten-year licensing agreement with the NFL for exclusive rights to produce and retail NFL licensed wares, including uniforms and footwear, for all thirty-two teams. In 2001, Reebok became the exclusive outfitter for the twenty-nine teams in the NBA, and sixteen WNBA teams, for ten years. The deal also added the Reebok logo to the 2004 U.S. Olympic basketball team’s uniforms. In 2003, Reebok was the official uniform and apparel outfitter of Canadian Football League, acquired National Hockey League sponsor CCM the following year and began manufacturing ice hockey co-branded equipments. Reebok phased out CCM on National Hockey League jerseys in 2005, using the Reebok logo instead.

In another structuring move, Jay Margolis was named Reebok President and COO. After launching stores in China, Dhaka, Los Angeles, New York, London, Philadelphia and Tokyo, he stepped down and Fireman took over as President. In August 2005, Adidas acquired Reebok for reported $3.8 billion, uniting two of the largest sport outfitting companies, but continuing to operate under their individual brand names. In 2006, Adidas replaced Reebok as official uniform supplier for the NBA after inking an eleven-year deal. Reebok announced Paul Harrington as President and CEO of the company in January 2006.

In 2010, Reebok inked a deal with CrossFit to introduce a line of co-branded footwear and apparel. This alliance turned into a significant source of revenue for the company. The following year, Reebok launched the CrossFit delta symbol on the brand’s fitness apparel line. Around that time, Reebok began repositioning itself as a fitness brand. In 2013, Reebok inked a deal with Les Mills, a group fitness and team training program present in eighty countries, to integrate Reebok footwear and clothing into Les Mills’ fitness programs and media marketing. Due to its alliance with these popular fitness brands, Reebok positioned itself as the leader in active lifestyle wear and the fitness movement. In 2018, Victoria Beckham inked a long-term design partnership with Reebok and launched a sportswear line with sports bras, seamless leggings, sleeveless hoodies and tailored snap trousers.

The following year, Reebok made changes in its logo. In a company release, the brand announced it was replacing the vector logo with the delta sign. In November 2019, Reebok made another announcement that it was restoring the original logo and “Reebok” script as the brand identity, explaining that consumers identified with it and not the “Delta” logo. The company continues on its upward trajectory today.

To inspire people everywhere to be their absolute best — physically, mentally and socially.

‘Our mission is to be the best fitness brand in the world. At Reebok, we know that greatness doesn’t come from standing still. We have a long history of pushing boundaries.’