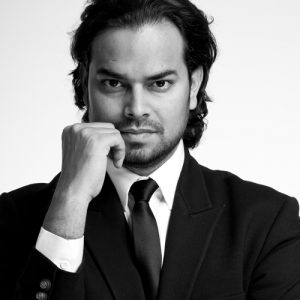 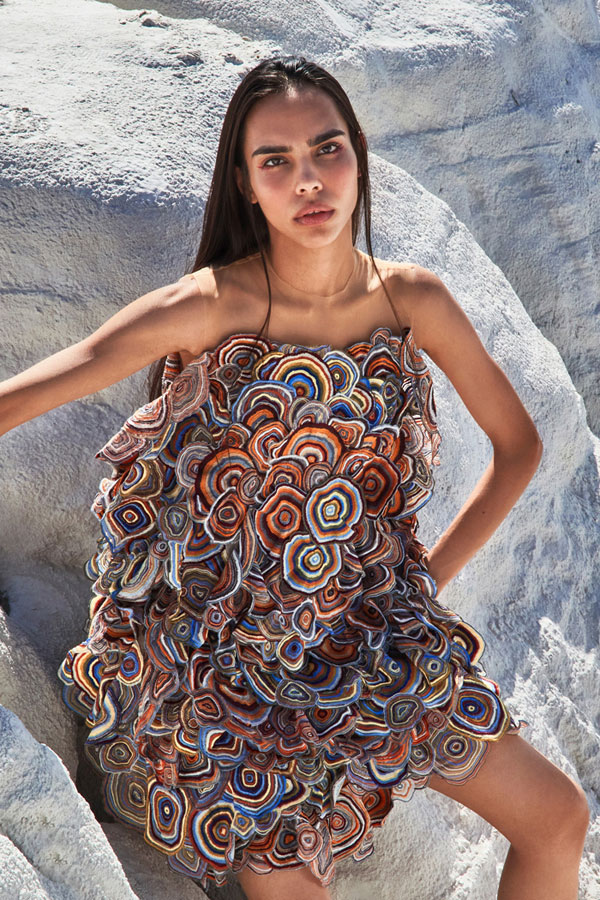 To empower the Indian craft community through sustainable designs.

Rahul Mishra, the first Indian designer to showcase at Paris Haute Couture Week, champions slow fashion — rooted in his respect for the Gandhian philosophy of a self-sufficient economy, the sustainability of his materials and production processes and the preservation of India’s traditional craftsmanship. The luxury brand’s purpose defines the slow process of hand-weaving and hand embroidery which allows the designer to build sustainable livelihoods for thousands of artisans by employing them to bestow ancient textile traditions on contemporary designs. His vision is to influence the lives of a million craftspeople.

The village in Uttar Pradesh, India, Rahul Mishra had grown up in incubated an acute sensitivity to craft and craftsmen and following graduation from National Institute of Design, Ahmedabad, India in 2005, he launched his eponymous label. What really impressed was the designer’s attention to detail and the way he had stamped his crafts-steeped label with a globally relevant identity. In 2009, he was the first non-European designer to win a scholarship to Milan’s Istituto Marangoni and in 2014, he won International Woolmark Prize at Milan Fashion Week which includes AUS $100,000 and has previously been won by Karl Lagerfeld, Giorgio Armani and Yves Saint Laurent. Per Forbes India, ”’For the Woolmark prize, I knew I had to do something that no one had done before. And so I made wool into a summer fabric, something that can be worn even in 50 degrees.” This miracle was woven with 90 percent of wool and 10 percent of silk, using chanderi weaving techniques. The result was a fabric as fine and light as organza; and an award that—for the first time—moved to South Asia.’

That year, his work was featured in an exhibition at London’s Victoria and Albert Museum, his dedication to work with indigenous textiles, create handcrafted textures and deliver au courant collections have ensured his collections retail worldwide including Harvey Nichols, Saks Fifth Avenue and Colette and he was invited by the Fédération de la Haute Couture et de la Mode to show at Paris Fashion Week. Per Vogue, fashion critic Suzy Menkes wrote, ‘The Indian designer infuses handwork with such lightness and subtlety that every outfit requires human intervention but whispers that skill rather than shouts it. That print of tropical birds and beasts on a faded blue cotton top? The decoration is embroidered entirely by hand. The red and white gingham check maxi dress? Its denim-blue, sleeveless jacket is embellished with hand appliqué… India should regard Rahul Mishra, the winner of the 2014 International Woolmark Prize, as a national treasure.’

In 2017, Mishra employed estimated thousand craftspeople residing in villages across the country as part of a project that allowed them to work from the comfort of their homes instead of migrating to the city. ‘Eighty per cent of my work takes place in villages. It is easy for me to bring craftspeople to the city but if I can help them work in an environment where they get home cooked food then there couldn’t be anything better! This, according to me, is my contribution towards sustainability’ says the designer who till date follows his core vision of the ‘three P’s’ in the hierarchy of ‘purpose’, ‘process’ and ‘product’.

Recently, Vogue featured the designer who explained, ‘The core of our brand is driven by a larger purpose of creating employment for people and in turn, empower them. While our design sensibilities may have evolved over time, this purpose has remained constant… Realising our team’s efficiency at working from home while creating a couture collection for Paris Couture Week, I am now more confident about the kind of work I want to showcase. Since the beginning of this lockdown [during the ongoing pandemic], I was certain that I didn’t want to create clothes that were economical but focus on more intricate embroidery and finer craftsmanship…’