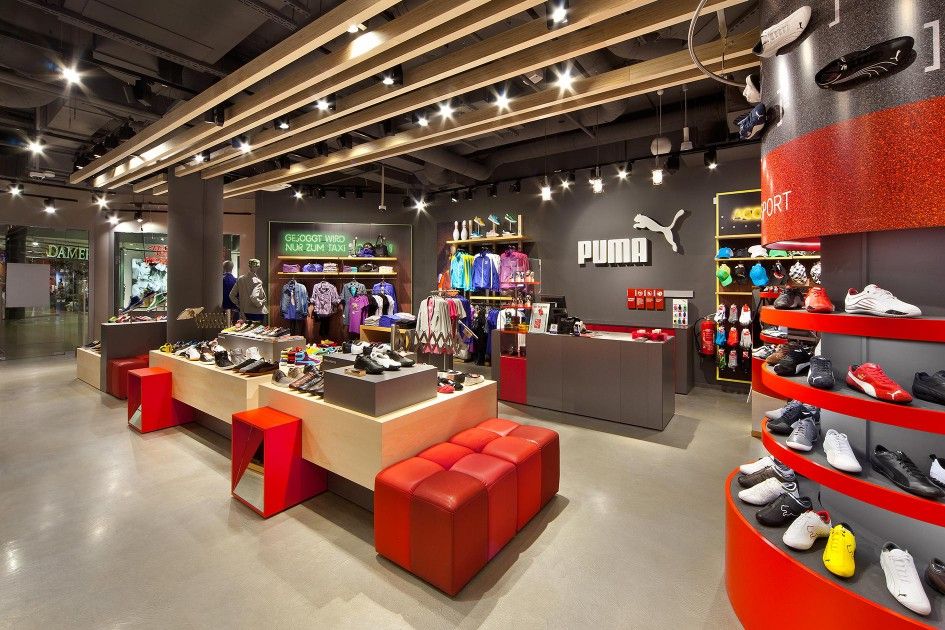 An inspiring entrepreneurial story, what began as two brothers handcrafting sneakers in their mother’s laundry room is today one of the biggest sports brands in the world.

The story of Puma began in Rudolf Dassler’s mother’s laundry room where his brother Adolf made sports shoes after his return from WWI. Their father, Christoph, who worked in a shoe factory, and brother Zehlein, who produced handmade spikes for track shoes in their blacksmith’s shop, supported the business, and Dassler Brothers Shoe Factory was formed. The brothers made spiked running shoes lightweight by replacing metal spikes with canvas and rubber and gifted a pair to sprinter Jesse Owens to wear at the 1936 Summer Olympics. Owens laced up and won gold; his stellar performance boosted sales and the brothers sold 200,000 pairs each year before WWII. In 1943, production ceased and the company’s facilities and workforce was employed to build anti-tank weapons. The Dassler factory was almost destroyed in 1945 by US forces but spared when they explained to the GIs that the firm was interested only in manufacturing shoes; the American occupying forces subsequently became buyers of the Dassler brothers’ shoes. However, the brothers had bitter differences and went separate ways; Adolf launched ‘Adidas’ and Rudolf launched ‘Puma’.

In 1948, at the first football match after WWII, several members of the West German national football team laced up in Puma. In 1952, Rudolf developed a football boot with screw-in studs named “Super Atom” in collaboration with West Germany’s national team coach Sepp Herberger. Several members of West Germany’s national team wore the shoes during the country’s first post-war football match, a 1-0 win against Switzerland in 1950. From that moment, the brand was on a roll. In the 1952 Summer Olympics, 1500-m runner Josy Barthel laced up in Puma and won gold. Heinz Fütterer broke the 100m world record in Yokohama, Japan while wearing Puma running shoes, in 1954. At the 1960 Summer Olympics, Puma paid German sprinter Armin Hary to wear its shoes in the 100-m sprint final. The German laced up and won gold. During the 1968 Olympics Black Power Salute, the brand sponsored African-American athletes Tommie Smith and John Carlos.

Puma partnered athletes Mary Peters, Great Britain; John Akii-Bua, Uganda; Randy Williams, USA; and Klaus Wolfermann, West Germany and all won gold at the 1972 Summer Olympics. Puma was tennis player Guillermo Vilas‘ constant. He won French Open, US Open and Australian Open, laced up in Puma tennis shoes. The Torero, a pioneering shoe by founder Rudolf Dassler’s son Armin, is the first shoe equipped with a sole that supports the natural movement of the foot. It made its debut at FIFA World Cup 1982. In 1985, tennis legend Boris Becker worked with Puma to design shoes that prevent ankle turning s that he could take more risks on the court. Soon after, Martina Navrátilová also inked a three-year outfitter deal with Puma.

In 1991, Puma launched the game-changing disc technology on a running shoe; it was the first sports shoe without laces and with a system of internal wires that tighten the upper for a perfect fit. Heike Drechsler, Dieter Baumann and Linford Christie won Gold at the Olympics in Barcelona wearing Puma Disc Spikes. Puma also introduced the RS Computer Shoe, with an integrated device that measured the runner’s speed and pace. Sadly, it sold poorly. During this period, Rudolf’s sons Armin and Gerd Dassler, sold their seventy- two per cent stake in Puma to Swiss business Cosa Liebermann SA. On 10 April 2007 retail conglomerate Pinault- Printemps- Redoute bought twenty seven per cent stake in Puma, paving the way for a “friendly” takeover reportedly worth €330 a share. By July 2007, it owned over sixty per cent stock.

The brand continues to forge forward in competitive sports. Puma is primary producer for Formula One and Nascar apparel; sponsored the 2006 FIFA World Cup champions, the Italian national football team; and inked a partnership with BMW, Ducati and Ferrari to make shoes. Rihanna was named Creative Director of Puma, supervising the womenswear line in December 2014. That year, Puma and Arsenal Football Club entered a five-year merchandising partnership. In 2018, Puma re-entered the basketball sneaker market for the first time in twenty years and made Jay-Z creative director of Puma Basketball. More recently, in September 2020, Puma inked a deal with Brazilian football player, Neymar.

Recently, Puma appointed June Ambrose as the brand’s creative director. “The connection between style and sport is timeless and it’s something I’ve always wanted to put my spin on,” explained Ambrose in a company release. “Beyond the collections, it’s important to me that the collaboration is rooted in social impact, and Pumas work in the social justice space to empower youth through sport makes them the perfect partner.”

To be the most desirable and sustainable Sport-lifestyle company in the world!

‘We aim high, and when we score our goals, we aim even higher. All to achieve one thing: to be the Fastest Sports Brand in the World.’