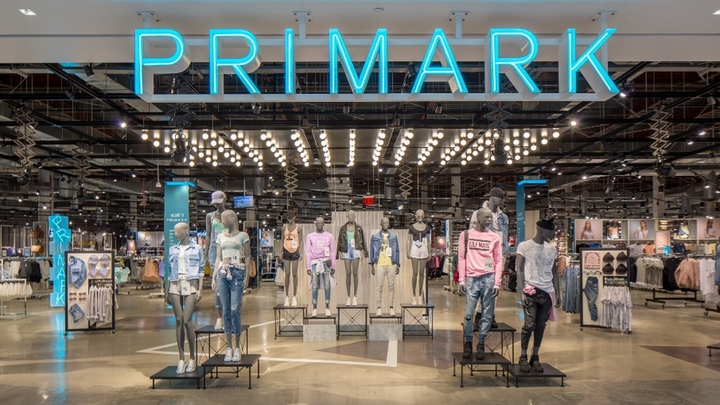 With the philosophy of ‘amazing fashion, at amazing prices’ Primark became one of the leading fast fashion brands worldwide.

Primark [then named Penny’s] was founded in June 1969 in Dublin by Arthur Ryan for Associated British Foods. His vision of value fashion for young people led to its unprecedented success and subsequently expansion into Northern Ireland in 1971. With the philosophy of ‘amazing fashion, at amazing prices’ the brand expanded overseas in 1973 with a store in Derby, England. It was renamed Primark to steer clear of legal issues with US chain JC Penney which had registered the name. People often wonder how Primark could offer stylish products at low prices. Perhaps, because of minimal spend on advertising; no online shopping or delivery network; saving on hangers and price tags; buying directly from factories in Asia; buying in bulk. The turnaround happened for the brand when it acquired a portfolio of Littlewoods stores and it slowly accounted for over a third of the parent company’s operating profits.

In 2006, Primark joined Ethical Trading Initiative, a collaborative firm bringing together businesses, trades unions and NGOs to work on labour rights issues in their supply chain. In 2008, London-based anti- poverty charity War On Want launched a report, Fashion Victims II, on how conditions were dismal in Bangladesh factories supplying Primark after the charity first visited them. Next year, a supplier was compelled by ETI to remove its branding from Primark stores and websites following an enquiry into use of illegal immigrant labour who were paid less than the legal minimum wage in the UK. BBC Trust’s Editorial Standards Committee aired programme ‘Primark: On the Rack’ in 2008, an undercover documentary on poor working conditions in Indian factories supplying Primark. Although Primark stopped working with the supplier, ESC concluded that the footage was ‘more likely than not’ to have been fabricated and told BBC to apologise.

In 2009, with Primark accounting for a third of ABF estimated £300 million operating profit, Ryan stepped down as CEO and was replaced by Paul Marchant. In 2011-12, Primark achieved leadership status in Ethical Trading Initiative. Its strategy? The brand offered democratic Fashion by ensuring everyone could afford to be stylish. As per an article in The Economist, “Primark has an irresistible offer: trendy clothes at astonishingly low prices. The result is a new and even faster kind of fast fashion, which encourages consumers to buy heaps of items, discard them after a few wears and then come back for another batch of new outfits.”

Monsoon sued Primark in 2004, Superdry sued in 2010 and Primark also had to pay a settlement to a British textiles firm in 2011. In April 2013, a commercial building in Bangladesh collapsed. Thought to be the most horrifying garment factory accident in history, the death toll was estimated at 1,129 people. Primark reacted fast, giving three months’ wages to affected families which was then extended for another three months.

However, there is the dark mystery of SOS Notes. In 2013, labels stitched with SOS notes were discovered in two garments purchased from a store in Swansea, Wales. The following year, a customer from Ireland found a plea for help attached to a prison identity card in the pocket of pants purchased from Primark alleging that prisoners were forced to work like oxen, making clothes for fifteen hours a day. A year and a half later, a SOS message was found in a pair of socks bought from Primark. As recently as December 2018, a human bone was found by a customer in a sock purchased from Primark’s Colchester store!! The police reviewed it but said it did not appear to be a consequences of recent trauma.