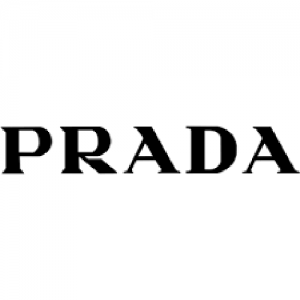 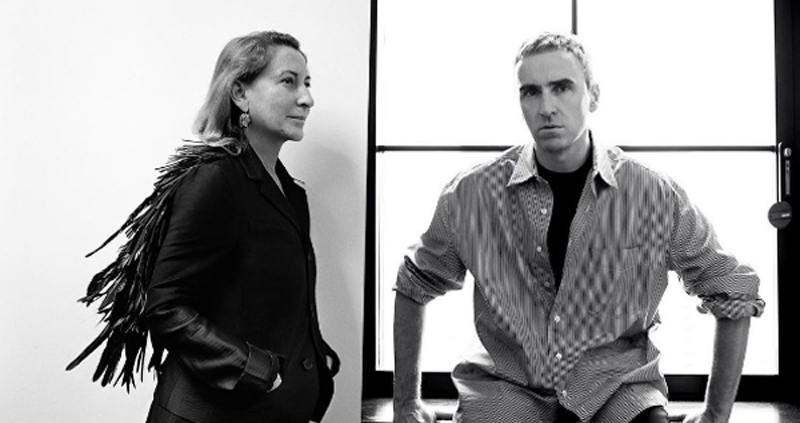 Prada was found in 1913 when Mario Prada and his brother Martino opened a leather goods store in Milan. Initially, it retailed handbags, travel bags and accessories. In 1919, Prada obtained the titled of Official Supplier of The Italian Royal House.  This recognition allows Prada to display the coat of arms and knotted rope design in its trademark logo…

Mario’s son had no interest in the business and his daughter Luisa helmed Prada as his successor, for twenty odd years. Luisa’s daughter, Miuccia Prada, joined the company in 1970. This was a turning point in the history of the luxury brand as she began retailing nylon waterproof backpacks which were hugely successful. In 1977 Miuccia met Patrizio Bertelli, who owned a leather goods business; he joined the company and advised her on the business including discontinuing the import of English goods and to diversify from reimagining modern luggage. Miuccia inherited the company in 1978 at a time when sales were reported U.S. $450,000. With Bertelli by her side, she debuted a set of backpacks and totes, handcrafted with durable black nylon that her grandfather had used to cover steamer trunks. Next, the duo sought wholesale avenues for these bags in upscale department stores and boutiques. In 1983, Prada opened a second boutique in Galleria Vittorio Emanuele, Milan.

The next big release was a nylon tote. That same year, the house of Prada began implementing its expansion plan throughout continental Europe and the United States by opening outlets in popular shopping districts in Florence, Paris, Madrid and New York. A womens footwear line was released in 1979 and this too was an overnight sensation. The expansion mode continued full throttle as Prada opened directly-owned stores focusing on a light green aesthetic — this later became popular as Prada Green. Shortly Miuccia released the “classic Prada handbag”. Although practical and sturdy, its sleek lines and craftsmanship made it an icon.

In 1987, Miuccia and Bertelli tied the knot. Prada launched its women’s ready-to-wear collection in 1989, and the designs were sought after for its dropped waistline and narrow belt. Prada’s popularity swelled when fashion editors sat up and appreciated its clean sharp lines, luxurious fabrics and solid colors. The logo was not in- your- face because Prada projected an image of “inverse snobbery”. The brand’s originality made it one of the most influential fashion houses and the brand became a premium status symbol in the Nineties. In 1991, Prada continued to expand into the Far East, China and Japan. The growing business in the United States was helmed by Partrizio di Marco and he was successful in getting Prada bags displayed prominently in department stores.

In 1992, Miu Miu, named after Miuccia’s nickname, launched. This brand catered to younger consumers. The following year, Prada was awarded Council of Fashion Designers of America Award for accessories. Men’s ready-to-wear was launched in the mid-Nineties. By 1994, sales were reported at US$210 million, with clothing sales accounting for twenty per cent of the fiscal pie. The following year, Prada won another award from the CFDA — “designer of the year” and 1996 witnessed the opening of its boutique in Manhattan. By now the House of Prada operated in forty locations worldwide. Miuccia Prada and Bertelli merged their companies to create Prapar B.V. in 1996. Tis, however, was later renamed Prada B.V. and Patrizio Bertelli was named CEO.

In 1997, Prada posted revenue of US$674 million. Another store in Milan opened that year. Prada also acquired shares in the Gucci group, and later Bertelli blamed Gucci for “aping his wife’s designs.” In June 1998, Bertelli gained 9.5 per cent interests and analysts began to speculate that he was attempting a takeover of the Gucci group. It seemed unlikely, however, as Prada was at the time in debt. Bertelli sold his shares to Moët-Hennessy • Louis Vuitton Chairman Bernard Arnault in 1998 for a reported profit of US $140 million. The same year, Prada menswear boutique opened in Los Angeles.

Prada was determined to hold a leading portfolio of luxury brands, similar to the Gucci group and LVMH. Prada purchased 51 per cent of Helmut Lang for reported US $40 million in 1999. Months later, Prada got full control of Jil Sander with reported annual revenue of US$100 million. The acquisition got Prada a foothold in Germany, and months later Jil Sander resigned as chairwoman. Church and Company, an English shoes-maker, was also acquired by Prada, when the company bought eighty three per cent stake. Next, a joint venture between Prada and the De Rigo group was formed to manufacture Prada eyewear. In October1999, Prada joined LVMH to buy fifty one per cent stake in Fendi S.p.A. These acquisitions elevated Prada to the top of the luxury goods market and revenues multiplied.

Prada’s merger and acquisition mode slowed at the turn of the century. However, the company collaborated with Azzedine Alaia whereby skincare products were introduced in the United States, Japan and Europe in 2000. The following year, under the pressure of his bankers, Bertelli sold Prada’s 25.5 per cent share in Fendi to LVMH. The sale raised reportedly US$295 million. However the winds of fortunes turned once again. By 2006, Helmut Lang, Amy Fairclough, Ghee and Jil Sander were sold. Prada is still recovering from the Fendi debt. More recently, forty five per cent stake of Church and Company was sold to Equinox. In July 2016, Prada became available online through Net-a-Porter and MyTheresa. As of March 2018, Prada’s sales have been on an upward curve and stock reportedly jumped fourteen per cent. Stating Prada would be “focusing on innovative materials will allow the company to explore new boundaries of creative design while meeting the demand for ethical products” the brand announced in 2019 that fur would be eliminated from all collections the following year.

In February 2020, Miuccia Prada and Patrizio Bertelli named menswear designer Raf Simons co-creative director, which essentially means the two creative powerhouses will work together to reimagine the brand. The company released a statement, “Conceptually, it is also a new approach to the very definition of creative direction for a brand- a strong challenge to the idea of singularity of creative authorship- whilst also a bold reinforcement of the importance and power of creativity in a shifting cultural landscape.” The union will no doubt result in an upward curve on the balance sheet. A masterstroke for Prada.

The Prada Group is synonymous with innovation, transformation and independence. These principles offer its brands a shared vision in which they are able to express their essence. A complexity of visions that has broaden the horizons of luxury, without any fear of facing contradictions, re-workings and passions.

1995: VH1 Fashion Award for Womenswear Designer of the Year

1996: VH1 Fashion Award for Womenswear Designer of the Year

1998: VH1 Fashion Award for Womenswear Designer of the Year

2005: Named one of Time Magazine’s 100 Most Influential People

2010: Named McKim Medal Laureate for her achievements in fashion and business

2013: International Designer of the Year at British Fashion Awards

2014: Listed as 75th most powerful woman in the world by Forbes