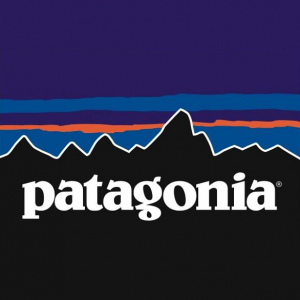 We're in business to save our home planet!

Sustainable outdoor apparel and gear brand, Patagonia, uses sustainable processes to craft its apparel, accessories and outdoor gear and donates one per cent of ales to support environmental nonprofits.

Patagonia has a two-pronged vision: stylish outdoor apparel and accessories crafted with organic fabrics and sustainable processes and a self-imposed Earth tax where one per cent of all sales proceeds provides support to environmental nonprofits working towards better air, land and water.

“We’re in business to save our home planet.” This is the new mission statement, changed from the previous one, “build the best product, cause no unnecessary harm, use business to inspire and implement solutions to the environmental crisis.”

For years, rock climber Yvon Chouinard kept his eco-conscious practices largely to himself until he began retailing hand-forged mountain climbing gear in 1957 through his company, Chouinard Equipment. In 1965 he partnered Tom Frost, and during the nine year partnership, the duo redesigned climbing tools to make them stronger, lighter and more functional.

The company was growing, and the partners perceived clothing as a way to help support the hardware business. By 1972, they were retailing rugby shirts from England, polyurethane rain cagoules and bivouac sacks from Scotland, boiled-wool gloves and mittens from Austria and hand-knit reversible beanies from Boulder. Cotton used in their own outdoor apparel was grown without the use of chemicals, in sync with their sustainable vision to save water and reduce CO₂ emissions by forty five per cent. Patagonia’s first store, opened in 1973 in Santa Clara, Ventura and the brand introduced Synchilla fleece. Older products made with polypropylene and bunting had contributed towards seventy per cent of sales but core customers realized the advantages of Capilene and Synchilla, and sales sky-rocketed.

Since 1985, Patagonia pledged ‘One Per Cent For The Planet‘, where one per cent of sales went towards the preservation and restoration of the environment and also awarded reportedly $89 million to grassroots environmental groups making a difference in local communities. In 2002, Yvon Chouinard and Craig Mathews, owner of Blue Ribbon Flies, created a non-profit corporation to encourage other businesses to do the same. In February 2005, Patagonia’s sourcing of wool from Australia was criticised by PETA over the practice of mulesing and subsequently Patagonia sourced wool from South America and the cooperative, Ovis 21. However, in August 2015, PETA released video footage showing how sheep were cruelly treated in Ovis 21 farms which led Patagonia to stop sourcing from Ovis 21.

Shortly, a store opened in Portland, Oregon, in a 1895-built refurbished warehouse, until it moved to another location later. Patagonia has since expanded its product line to include apparel for other sports, such as surfing and skiing and offers athletic equipment, backpacks, sleeping bags and camping food. In 2012, the brand became a Certified B Corporation. It was also the first to be registered as a benefit corporation in the State of California. However, that year, it was also in the news for wrong reasons. UK animal activist group Four Paws claimed Patagonia used live-plucked down feathers of force-fed geese. In an official statement, Patagonia denied using live-plucking down but agreed it used down from the foie-gras industry. however, since 2014, Patagonia has been using hundred per cent traceable down to ensure birds were not force-fed or live-plucked. In fact, the Fair Trade certification is assurance that money spent on Patagonia products goes to its producers and stays in their community. Patagonia, in alliance with Fair Trade USA, made clothes that provide this benefit since 2014.

In 2015, the firm launched Common Threads Partnership, an e-platform that facilitated direct sales of used Patagonia clothing. In 2016, Patagonia pledged to contribute hundred per cent sales proceeds from Black Friday to environmental organisations, reported;y totalling $10m. In June 2018, the company announced it would donate $10 million it received from President Trump’s 2017 tax cuts to “groups committed to protecting air, land and water and finding solutions to the climate crisis.” In April 2017, Patagonia announced that merchandise in good condition could be returned for new merchandise credits. The used merchandise were cleaned, repaired and sold on its “Worn Wear” website. In 2019, it launched a program titled ReCrafted that creates and retails apparel made from fabric scraps. As of April 2020, Worn Wear reportedly sold 120,000 items.

In September 2020, Patagonia announced that Rose Marcario would step down as chief executive officer and be succeeded by Ryan Gellert.  The firm also aims to become carbon neutral by 2025.