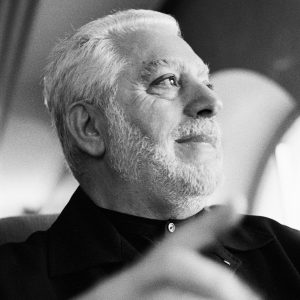 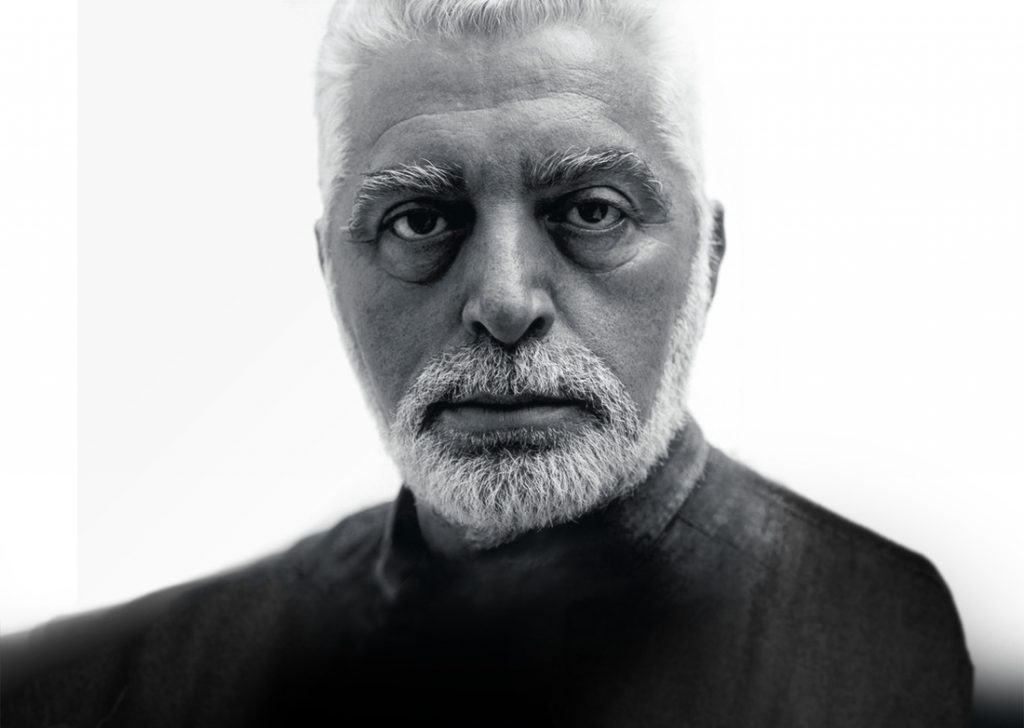 His real name is Francisco Rabaneda Cuervo. He was born in Pasaia (Guipúzcoa) in 1934, the son of a dressmaker at the House of Balenciaga. When he was barely four years old he moved with his family to France. He studied architecture in Paris, although he soon ventured into the world of fashion. In his early years he designed accessories for couturiers such as Givenchy, Dior and Balenciaga himself. His first collections in the 1960s were surprising for his use of unusual materials such as aluminium and plastic. His designs have also appeared in films: among others he created the clothes Jane Fonda wore in ‘Barbarella’. Some of these innovative costumes can be seen today in the Museum of Modern Art in New York (MoMA). His fragrances are known all over the world.

Named at birth Francisco Rabaneda y Cuervo, Paco Rabanne’s mother, a head seamstress at Balenciaga, fled from the Spanish Civil War with her son in 1939 to France where he was given his new name.

In 1966 Rabanne released his first collection entitled ‘12 Unwearable Dresses in Contemporary Materials’. Embellished with rhodoid, sequins and plaques the collection marked the beginning of Rabanne’s view of design as experimentation using unusual materials.

During the sixties Rabanne’s oversized earrings, sunglasses made of fur and other accessories became a huge media and commercial success. His material of choice, rhodoid, could create infinite combinations of colours and form which mirrored the effects produced by Op Art.

Desiring to make his fashion more accessible, Rabanne launched a series of paper dresses in 1967. The soft, lightweight fabric was a cheaper alternative which Rabanne used with coloured adhesive tape to bind it together.

In 1969 Rabanne introduced fragrances to his company. This marked the beginning of the label revolutionising the perfume industry and becoming a long lasting success in the market.

Rabanne continued to work with unusual materials for his trimmings and fabrics. 1968 saw a beaten metal aluminium jersey and 1970 saw dresses made out of linked buttons. In 1972 Rabanne used ostrich feathers attached with Velcro. 1982 saw dresses made with glass reflectors and in 1984 Rabanne used chainmail.

In 1999 Rabanne retired from the Fashion business.  In 2010 he was made an Officer of the Legion d’Honneur by the French culture minister.

Paco Rabanne created clothing that was seen as pieces of art work. Unusual fabrics, hammered metal, knitted fur, aluminium jersey, paper, fluorescent leather and fibre glass have all been used in his creations.  Named the ‘metal worker’, Rabanne’s aversion to needle and thread epitomises his provocative re-evaluation of style.

In 2005, Rabanne opened in Moscow, Russia, the first exhibition of his drawings. His reasoning for showing the drawings then was, “I am 72 years old and I wanted to present my drawings this year before disappearing from this planet. I have not shown them to anyone except Salvador Dalí 30 years ago who told me to keep going.” One of the black-and-white sketches depicts a child letting go of a dove and a white balloon into the sky, which he said was inspired by the commemoration ceremony for the 2004 Beslan attack in Beslan, North Ossetia, in which 319 hostages were killed, including 186 children, 12 servicemen, and 31 hostage-takers. Rabanne wanted the money that the drawing sold for to go to the women of Beslan.[6]

In 2006, Rabanne visited Kiev, Ukraine. He summed up the changes since the Orange Revolution: “Ukraine reminds me of a flower unfolding its petals before my very eyes.”

Rabanne has religious or at least spiritual interests, and once wrote a book called Has the Countdown Begun? Through Darkness to Enlightenment.