Old Navy, Inc. is a chain of stores marketed as low-priced apparel 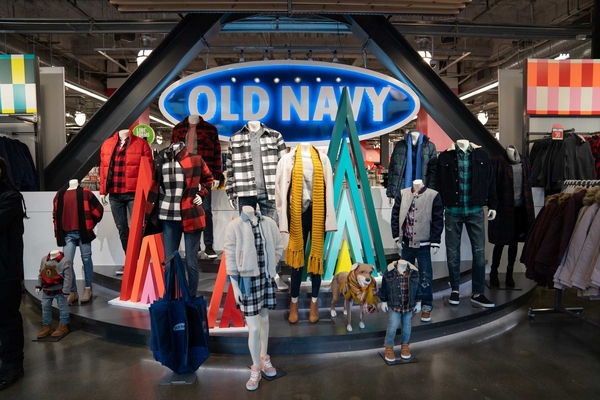 Old Navy, Inc., a subsidiary of The Gap, Inc., is a chain of stores marketed as low-priced apparel for men, women, children and infants.

In the early Nineties, Dayton-Hudson Corporation — parent company of Target, Mervyn’s, Dayton’s, Hudson’s and Marshall Field’s — aspired to open a less expensive version of Gap; with this in mind, Gap CEO Millard Drexler opened Gap Warehouse in existing outlet locations, in 1993. On March 11, 1994, it was renamed Old Navy. To establish its own identity, Old Navy stores opened in northern California and Gap Warehouse  stores were renamed Old Navy.

With the financial strength of The Gap supporting its expansion, Old Navy expanded had 59 stores generating $120 million in sales by the end of its first year in business. In 2001, Old Navy began establishing its presence overseas with twelve stores in Ontario, Canada. It also opened a coffee shop in one of its stores in San Francisco and Old Navy Kids in Littleton, Colorado. However, this did not work out and was terminated.

In 2005, Old Navy President Dawn Robertson rebranded the division with a “high fashion feel”. In addition to a new logo, several stores were built or remodelled; one such store in St. Petersburg, Florida reportedly cost $5 million. Unlike the industrial warehouse look of Old Navy, the new stores were luxurious boutiques. However, this proved to be a bad investment and Robertson was asked to leave the company. In 2011, Old Navy began focussing on a family-oriented look, targeting its original customer, the fictional “Jenny”, a married women with children. In 2012, after several years of losing revenue to rival H&M, Gap Inc. hired H&M executive Stefan Larsson to run Old Navy. Larsson made several changes, including hiring designers from Coach, Nike, Reebok and North Face to design the apparel. In three years, Old Navy’s annual revenues were reportedly $6 billion in the United States. Larsson left the company shortly and was replaced by President and CEO, Sonia Syngal.

In 2017, Old Navy opened a big flagship in Times Square New York with extended hours. The following year, the brand was embroiled in controversy when customer Saudia Scott filed a multi-million dollar lawsuit against Old Navy and its parent company Gap Inc. According to the lawsuit, she was assisted with the purchase at a store in Abingdon, Harford County, Maryland by the manager but when she walked to her car, two police detained her after the manager falsely accused her of shoplifting!

In 2019, Gap Inc., announced that Old Navy and Gap Inc. would split into separate brands but this decision was reversed in 2020.

Dayton-Hudson Corporation wished to open an inexpensive version of Gap and Old Navy was conceptualised.

Old Navy is an apparel brand that believes in fabulous fashion at affordable prices.