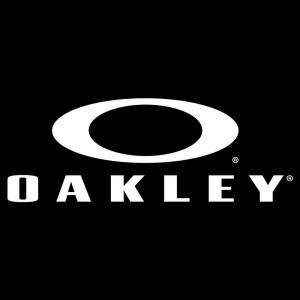 Oakley was founded by James Jannard in 1975, in his garage, with an investment of $300. Today it is a part of global conglomerate, Luxottica Group.

Oakley was founded by James Jannard in 1975, in his garage, with an investment of $300. The entrepreneur began by selling ‘The Oakley Grip’ out of the back of his car at motocross events and then diversified into gloves, grips, elbow guards, chin guards and goggles for the BMX and motocross communities. In 1980, Jannard launched a pair of goggles, O-Frame. With the ‘Oakley’ logo on its strap, the brand got increasing recognition throughout the sports industry.

In 1983, Oakley began selling ski goggles. Oakley’s debut sunglasses, Factory Pilot Eyeshades, was sport-oriented and released in 1984. The following year saw Oakley Frogskin, a pair of sunglasses made in Japan. The company went public in 1995, raising reported $230 million. In 1996, Oakley had a pricing dispute with Italian company Luxottica, the world’s largest eyewear manufacturers and retailers, and it stopped carrying Oakley’s products in their stores; consequently Oakley’s stock market value declined by a reported thirty-three per cent.

Not deterred, Oakley acquired Iacon, Inc., operator of sunglasses stores Sunglass Designs, Sporting Eyes and Occhiali da Sole, in 2001. Continuing in the same vein, Oakley inked a four-year collaboration to manufacture eyewear designed by themselves and Fox Racing in September 2004. That year, Jannard acquired Oakley stock rot the tune of $2 million in 2004, $16 million in 2005 and $4.6 million in 2006, raising his stake in the company to sixty-three per cent. In 2006, Oakley acquired Oliver Peoples, manufacturer of high-end eyewear for reported $55.7m and luxury eyewear retailer Optical Shop of Aspen.

In June 2007, Luxottica announced a plan to acquire Oakley in a deal worth reported $2.1 billion. The acquisition was formalised on November 15, 2007 merging the two companies into a powerful global force. Oakley is now part of its portfolio including brands such as Ray-Ban, Persol and Vogue. Luxottica Group Chairman Leonardo Del Vecchio said in a company release: ‘This is a milestone for our group. Significant changes in market dynamics require industry leaders to perfect a mix of best-in-class products and marketing with technical and operational capabilities. Luxottica has long admired the Oakley business and corporate culture, inspired by founder Jim Jannard.’

Provide products that are superior in quality, safety and affordability in a sustainable manner.