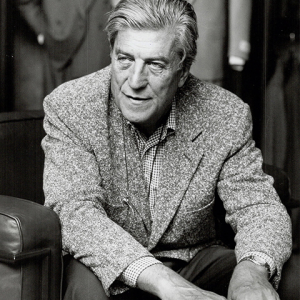 Nino Cerruti is an Italian businessman and stylist 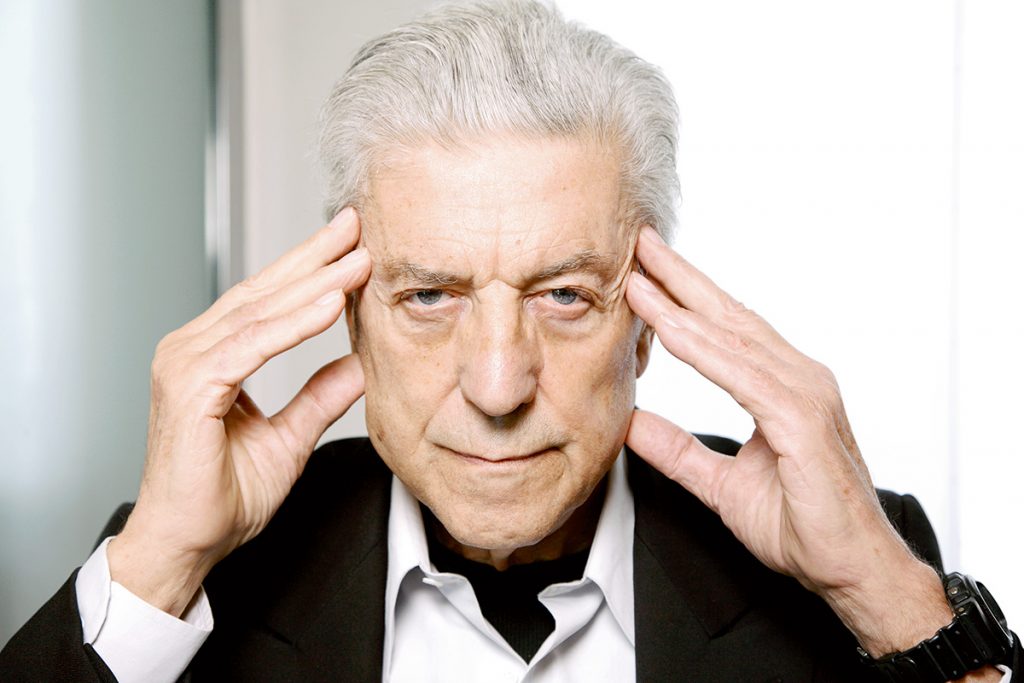 Nino Cerruti founded his own haute couture house, Cerruti, in 1967 in Paris. He retired from the house in 2000. Today, he manages the Italian family business Lanificio Fratelli Cerruti, which was founded in 1881 by his grandfather.

Nino Cerruti  was born on September 25, 1930 in Biella, Piedmont, in Italy. He originally planned to be a journalist. However,he had to become the head of the family woolen business after his father’s untimely death, aged only 20, in 1950. Cerruti gave up his dream and studies to take over the family business ‘Lanificio Fratelli Cerruti’, a textile mill in Biella, Italy his grandfather founded in 1881.

Cerruti modernised his family weaving workshops and invested in two further factories in Milan. Cerruti ventured into the production of clothing in the late 1950s. His first men’s collection, Hitman, was shown in 1957 and was considered a revolution in men’s wear at the time.This led to him implementing the prêt-a-porter line into his company. Eventually, in 1967, the Cerruti menswear line was launched which was to be followed by a womenswear collection a year later. He continued to work with the fashion house Cerruti till 2001.

Cerruti’s first men’s ready-to-wear line, Hitman, considered a revolution in menswear at the time, was launched in 1957. The first Cerruti boutique opened in Place de la Madeleine in Paris in 1967, where Cerruti moved the company’s headquarters in order to be closer to the international fashion capital. The fabric production under the name of Lanificio Fratelli Cerruti and the Hitman label remained in Italy.Eventually, in 1967, the Cerruti menswear line was launched which was to be followed by a womenswear collection a year later.

Over the years, Cerruti offered  the Cerruti 1881 diffusion line, a luxury ready-to-wear collection named Cerruti Arte, Cerruti Jeans, the Cerruti Brothers business collection for men, Cerruti 1881 Shapes for the Asian market as well as fragrances and accessories. Later the clothing lines were regrouped under the ‘Cerruti 1881’ name.

The house launched Nino CERRUTI pour Homme in 1978, marking the first of a long line of fragrances. Soon, it was followed by Cerruti 1881 pour Homme in 1990, Cerruti Image in 1998, among others fragrances.CERRUTI 1881 Sport launched in 1980. Present in over 30 countries, Cerruti extended their range, adding CERRUTI Jeans in 1995, a younger line for the more fashion conscious.

Along the way, Cerruti taught young talent: Giorgio Armani began his career designing menswear for Cerruti in the 1960s; Narcisso Rodriguez and Peter Speliopoulous both crossed over the threshold of Cerruti’s company as well.In 1994 Cerruti was the official designer of the famous Scuderia Ferrari.

He commanded an empire of numerous boutiques, franchise stores, some 1,500 vendors carrying Cerruti products, textile mills, and a holding company (Final Gastaldi Group) to control it all.Nino Cerruti retired in 2000 and sold the company to an Italian real estate group,Fin.part, during 2000 and 2001. At his spring-summer 2002 showing in Milan, Cerruti took his final bow before a standing crowd, taking leave of the family business created more than 120 years before.

The Spring Summer 2002 collection marked the end of Cerruti being designed by Nino Cerruti. In 2001, Fin.Part installed Italian Roberto Menichetti, as Creative Director who left the house after only one season. Menichetti was succeeded by Istvan Francer, a former Donna Karan designer, who stayed on for two seasons.

In spring 2003, David Cardona, who had worked for Richard Tyler and Chrome Hearts, replaced Istvan Francer as creative director at Cerruti. Scotsman Adrian Smith was appointed head of the menswear collections.The following year, the company was in a deep crisis and Fin.part declared bankruptcy in 2005.

Mr. Cerruti himself has concentrated on the family-owned textile mill business (Lanificio Fratelli Cerruti) in Biella since his departure.In 2004, Lanificio F.lli Cerruti bought the Italian furniture design company Baleri. He did not cut all ties with the fashion house Cerruti though and is invited to the fashion shows which he attends at the front row.

1978: Bath Museum of Costume Dress of the Year award, England