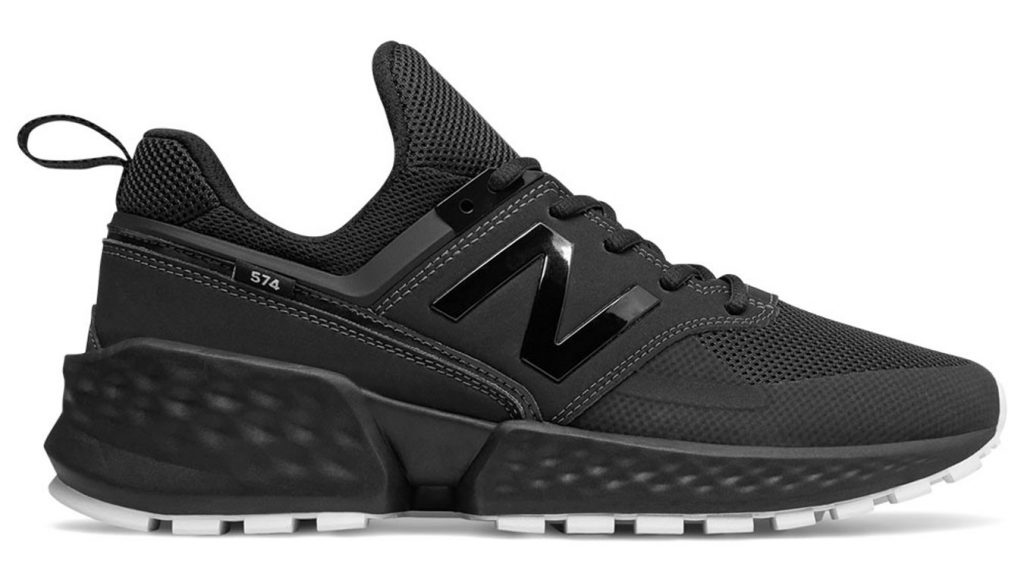 New Balance began in 1906 as a one-man operation manufacturing arch supports and today has evolved into a multinational corporation, retailing sports footwear and apparel worldwide.

1906 witnessed Irish immigrant William J. Riley launch New Balance Arch Support Company in Boston, which produced arch supports to improve shoe fit. His debut product, a flexible arch support, was designed with three support points to provide balance and comfort in shoes. Word is that Riley coined the name “New Balance” by observing the way chickens in his backyard balanced well on their three prolonged feet, and came up with an idea to make arch support with three support points. His market was people who had to be on their feet for long stretches oat work, such as the police and firefighters.

In 1927, the arch support produced by Riley began gaining recognition and this motivated to him hire salesman Arthur Hal. In 1956, Hall sold the company to his daughter Eleanor and her husband Paul Kidd. The couple sold arch supports until 1960, when they began designing and manufacturing “Trackster”, the world’s first running shoe designed with a ripple sole. This created a sensation in the market and both Massachusetts Institute of Technology, Tufts University and Boston University adopted it for their cross-country teams.

In 1970, New Balance Athletic Shoe, Inc., changed to New Balance Athletics, Inc. Sales was dismal until Jim Davis bought the company during the Boston Marathon in 1972. At the time, the company consisted of six people who made thirty pairs of shoes everyday and sold it through mail-order. Davis bought the company and strengthened its pillars of individual preferences, customer service and quality products. His future wife Anne, who joined the company in 1978, focused on building a distinct culture for employees and customers. It was well timed as Boston was at the apex of the running boom in the Seventies. Following gradual expansion of their product line, sales grew and the shoes made its way to Washington, DC in the Seventies and Eighties. The company was run by Rob DeMartini for twelve years wherein his focus was to expand worldwide. Today, thirty percent of New Balance shoes sold in the European market are designed and produced at its facility in Flimby, England.

The company entered the soccer market through its subsidiary Warrior Sports in 2012, followed by a reported $40 million-a-year alliance with Liverpool. The following year, New Balance was against Trans Pacific Partnership and condemned Obama administration’s support for it, stating it would hurt its domestic shoe manufacturing. Matt Lebretton, Vice President of Public Affairs stated in April 2016 “When Hillary Clinton, Bernie Sanders and Donald Trump all agree on something, then it has to be given a closer look; and they all agree that TPP is not the right policy.” When Donald Trump won the U.S. presidential election, Lebretton told a reporter, “The Obama administration turned a deaf ear to us and frankly, with President-elect Trump, we feel things are going to move in the right direction.” News outlets reported that a boycott campaign was created out of an interpretation of Lebretton’s comments as supportive of Trump. Owner and Chairman Davis are said to have donated near $400,000 to Trump Victory Committee in September 2016. New Balance maintains a manufacturing presence in the United States, as well as in the United Kingdom, where it manufactures some of its most popular models such as 990. As a result, New Balance shoes are expensive and offer technical features such as blended gel inserts, heel counters and a selection of sizes. In 2018, the company signed a sponsorship deal with New York Mets. The same year, New Balance signed NBA star Kawhi Leonard for an exclusive basketball shoe contract and Chief Commercial Officer Joe Preston succeeded Rob DeMartini as President The following year, the company released its first Kawhi Leonard-signature sneaker, and more recently announced a sponsorship deal with NBA and launched its line of Kawhi Leonard-signature sneakers, “Kahwi”. The same month, it also launched “FuelCell” branded shoe with a carbon plate, after new running guidelines allowing the plates in competitive races were approved.