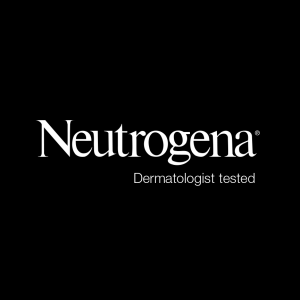 Neutrogena is an American brand of skin care, hair care and cosmetics owned by Johnson and Johnson has its origin as a transparent bar of mild soap that earned recommendations from dermatologists and the medical profession.

In 1930, Emanuel Stolaroff started a modest specialty cosmetic company named Natone. Initially, Natone was a supplier to beauty salons and by the forties began manufacturing and distributing cosmetics for the retail market. Stolaroff met Belgian chemist Edmond Fromont in 1954, and admired a mild, clear soap developed by him. Fromont’s patented formula produced a mild soap that rinsed quickly and easily from the skin, with no residue. A few minutes after washing with this soap, skin returned to its normal pH! Stolaroff immediately acquired the rights to distribute his patented formula in the US.

During this time, Lloyd Cotsen entered the Stolaroff family after marrying his daughter Joanne. In 1962, the company name was officially changed to Neutrogena Corporation and Cotsen became president in 1967. The company listed on the NASDAQ in 1973 with a market value of reported $1.2 million. At the helm, Cotsen made key decisions that influenced the future of the company—to promote the benefits of Neutrogena soap to the medical profession. As the brand slowly gained acceptance by the medical profession, emphasis was on marketing the soap through dermatologists and luxury hotels and creating a line of safe, mild, quality skincare. In 1973, the company went public and by 1980, entered the scalp care and haircare market with the launch of ‘Neutrogena Healthy Scalp’.

In 1982, profits reportedly reached US$3 million and Cotsen was named the CEO. The respect and credibility earned by Neutrogena Corporation led to its acquisition by Johnson and Johnson in 1994. As a member of the Johnson and Johnson empire, the dermatologist-recommended skincare brand preserved the “Neutrogena way” while drawing on the International network of Johnson and Johnson Family of Consumer Companies. In no time, it entered newer markets including India, South Africa and China and continues to be a formidable player in the beauty business.