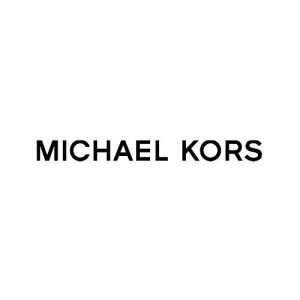 To Have, Not To Hold.

What began as a young boy’s fascination with fashion is now a globally-renowned American apparel, accessories and footwear conglomerate, Michael Kors Holdings Limited, which has acquired Jimmy Choo and Versace.

Michael Kors’ interest in fashion began at a young age when he opened his own boutique, ‘Iron Butterfly’. In 1977, he enrolled himself at Fashion Institute of Technology, New York but dropped out to work at French boutique, Lothar’s. Shortly, Dawn Mello, fashion director at Bergdorf’s, began taking an interest in Kors and showed his collection to their buyers. Subsequently, Michael Kors launched in May 1981 and retailed in Bloomingdales, Bergdorf Goodman, Lord and Taylor, Neiman Marcus and Saks Fifth Avenue.

In 1990, the company filed for bankruptcy and he became Creative Director of Celine where he transformed the LVMH-owned fashion house with successful ready-to-wear and accessories lines. LVMH acquired 33 per cent stake in Michael Kors. That year, he was named CDFA Womenswear Designer of the Year. In 2002, Kors launched his menswear line and was honoured as CFDA Menswear Designer of the Year. He left Celine the following year to concentrate on his eponymous brand through holding company Michael Kors Holdings Limited, relaunched with reported $100m investment from Sportswear Holdings Limited which bought out all previous investors including LVMH.

MICHAEL Michael Kors women’s ready-to-wear and accessories was launched in 2004. In one of his biggest achievements, the designer was honoured with CFDA Geoffrey Beene Lifetime Achievement Award — its youngest recipient — and was named in Time magazine’s annual list of the hundred most influential people, in 2013. In July 2017, Michael Kors Holdings Limited bought Jimmy Choo Ltd for reported £897 million and on January 2, 2019 changed its name to Capri Holdings Limited. The multinational fashion holding company acquired Versace for reported 1.83 billion euros. John D. Idol, Chairman and CEO, stated in a company release, ‘With the acquisition of Versace, we have now created one of the leading global fashion luxury groups in the world…’

With the company’s heritage rooted in iconic designs with a glamorous aesthetic that combines stylish elegance and sporty attitude, our mission is to bring a sophisticated jet set lifestyle to women and men around the globe.