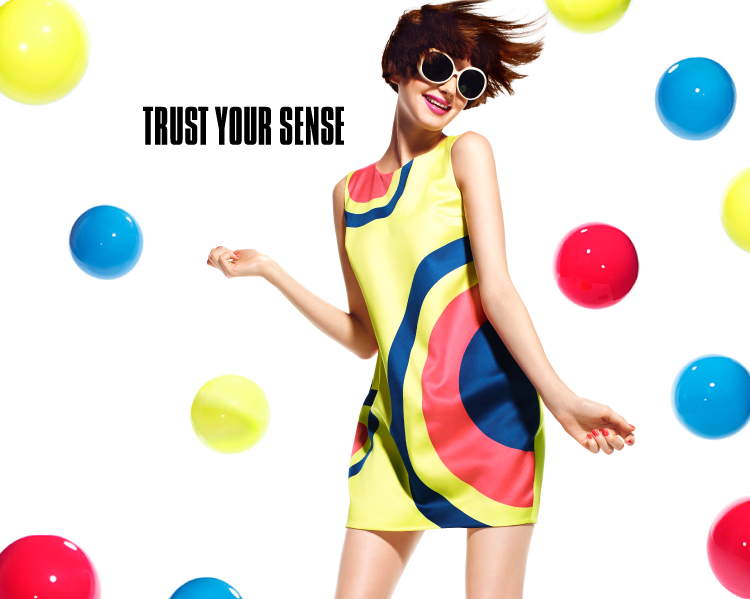 Mary Quant gave rise to the “swinging London” cultural movement, where she popularised the miniskirt. She had an incredible influence on the modern woman’s position in society and empowered them with fashion and makeup, her advice being, ‘you can express who you want to be, and shine brighter than ever before.’

“Express who you want to be and shine brighter than ever before. Be free.”

Mary Quant studied illustration at Goldsmiths and graduated in 1953 with a diploma in art education, following which she interned with high-end milliner Erik. In 1955, her late Alexander Plunket Greene purchased Markham House on the King’s Road in Chelsea, London, an area frequented by the ‘Chelsea Set’. Quant, Plunket Greene and a friend, lawyer-turned-photographer Archie McNair, opened a restaurant in the basement and a boutique named Bazaar on the mezzanine. Subsequently, loud music, free drinks, creative window displays and extended opening hours created a ‘scene’ that often winded up at midnight. It was the place to shop and hang out in London. By the early Sixties, the collections were a rage with the celebrity set and featured in Harper’s Bazaar.

Despite the runaway access of the brand, Quant was a self-taught designer, attending evening classes on cutting and using printed patterns to achieve the looks she envisioned. Shortly, she initiated a unique production cycle wherein the day’s sales at Bazaar paid for the fabrics that was transformed overnight into new apparel for the following day. This retail strategy ensured Bazaar always had fresh, unique looks. Mary’s design was free from the constraints of old rules. Her mini and other irreverent looks were critical to the development of the ‘Swinging Sixties’. Per Vogue, Quant said: “It was the girls on the King’s Road [during the “Swinging London” scene] who invented the mini. I was making easy, youthful, simple clothes, in which you could move, in which you could run and jump and we would make them the length the customer wanted. I wore them very short and the customers would say, ‘Shorter, shorter.'” It popularised by the era’s supermodel, Twiggy, who helped transform super-short hemlines into an International rage.

Other examples of Quant’s irreverent designs are her line of men’s cardigans long enough to wear as dresses, and white plastic collars used to brighten up sweaters and dresses. By 1957 demand for Quant’s collections led to the opening of a second store on King’s Road. In the late Sixties, Quant designed the ‘skinny rib’ sweater and short shorts that were the forerunner of hot-pants! She was the first designer to use PVC, creating ‘wet look’ styles and weatherproof boots. Her relaxed practical everyday wear too became a rage — as she paired short tunic dresses with bright colored tights.

In 1962, she signed a deal with American department-store chain JC Penney. The following year, Mary Quant Limited expanded into the UK mass market with a new, affordable diffusion line, Ginger Group. The following year, she opened her third shop in London’s New Bond Street. In 1966, Mary recognised the need gap for a new style of makeup to go with the new bolder fashion. This development made waves throughout the world particularly in Japan. Mary made the first of many visits to Japan in 1972, which lead to Japanese influences appearing in her designs. In 1988, she designed the interiors of the Mini. The seats were designed with black and white stripes offset with red trimming and seat-belts; the steering-wheel had the designers’ signature daisy and the bonnet badge had “Mary Quant” written on it.

In 2000, she resigned as director of Mary Quant Ltd after a buy-out by her Japanese licensees but has gone down in history as the pioneer of a rebellious fashion movement. Per In Vogue: Twentieth Century Fashion: “Quant had a cataclysmic effect on London, with her simple daisy motif, short skirts, mix of music and model, Twiggy.” So its no wonder she was honoured with prolific awards throughout her illustrious career. In 1966, Mary Quant was appointed Officer of the Order of the British Empire for her outstanding contribution to the fashion industry. In 1990, she won Hall of Fame Award of the British Fashion Council and was appointed Dame Commander of the Order of the British Empire in the 2015 New Year Honours for services to British fashion. Quant is a Fellow of the Chartered Society of Designers and winner of their Minerva Medal.