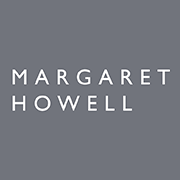 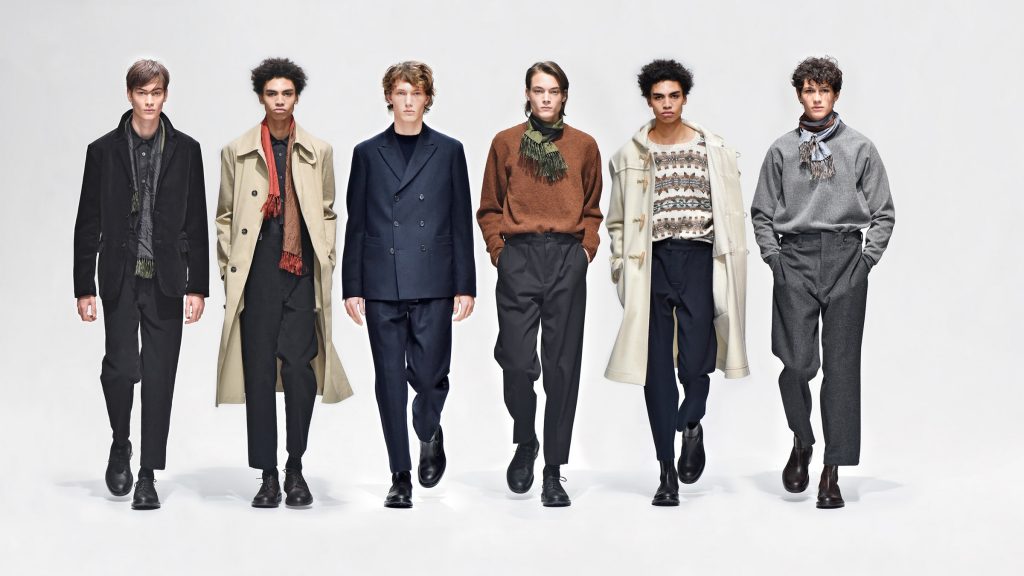 British designer Margaret Howell has a rigorous design aesthetic: the simple utilitarian luxury and ease of dressing both men and women. Her brand retails worldwide and is particularly popular in Japan.

“For me, make is integral to my design philosophy. It is crucial how a piece of clothing feels when worn.”

In 1969 Margaret Howell graduated from Goldsmiths College with a degree in fine art. Although she aspired to work with BBC as a makeup artist and study interior design at the Royal College of Art, she found her calling in fashion design. After a papier-mâché necklace she had designed got featured in Vogue and commissioned to make a beaded costume for Elizabeth Taylor, she got serious about fashion as her vocation and launched her label in 1970, incorporated as Margaret Howell Limited in 1987.

Under the design direction of Margaret Howell, the company produces classic men’s and women’s apparel crafted from the finest Harris Tweed, Scottish cashmere, Irish linen and corduroy astride a home line produced by specialist manufacturers in the UK and Italy. She has a rigorous design aesthetic: the simple utilitarian luxury and ease of dressing both men and women. Howell made her name with menswear, opening her first store in in London in 1977 through partnership with Joseph Ettedgui. Buoyed by its success, she opened a self- financed store, with help from her husband Paul Crenshaw, in St Christopher’s Place, London in 1980. A profile in Elle in stated: ‘In her precise and meticulous working methods, Margaret Howell is more a craftsman than an industrialist.’ Jack Nicholson was a fan and insisted on wearing his own Margaret Howell corduroy jacket in the film, ‘The Shining.’

In 1984, she expanded her label overseas, opening stores in Manhattan and Aoyama, Tokyo. However, separation from her husband a few years later led to his withdrawal from the company. The company was restructured in 1990 with the help of Sam Sugure and Richard Craig, who is Managing Director till date. Under the helm of the new management, the design company opened an estimated hundred stores worldwide including London, Paris, Florence and Japan. In 2000, the company set up its own shirt factory in Edmonton. Up next was MHL by Margaret Howell, a workwear inspired label established in 2004.

2007 was a milestone year. For her achievements in fashion, Margaret Howell received a Commander of the Order of the British Empire and was also named Royal Designer of the British Fashion Industry by the Royal Society of Arts. In 210, she was given Honorary Doctorate from the University of the Arts, London. Her flagship pays tribute to designers she admires and is is home to the Anglepoise lamps, Ercol and Ernest Race furniture, Robert Welch cutlery, John Penn architecture works and HA Rothholz graphic art. For SS21, Sarah Mower, Vogue praised her collection, ‘This season’s offerings don’t look terribly different from the last, or any other, come to that. That’s intrinsic to the beauty of what she does: her concentration on making clothes that fit continuously into the background of lived experience, stoically allowing the bandwagon of fashion to pass her by…’

”I think of myself as a hands-on designer. I’m inspired by the authenticity I can find in nature, people and places, and I think it is the same quality I look for in the materials I choose. For example, the feel of hand-woven Harris tweed and the irregular slub of Irish linen…I like to work with manufacturers who understand and share this passion for make and quality of fabric: specialists such as John Smedley in fine-gauge knitwear, Mackintosh and their part hand-made raincoats, and the Scottish knitting factories that continue their heritage of producing the best cashmere in the world… I enjoy pulling these threads of British tradition, quality and skill together in clothes that are meant to be worn in the real world, where good design is about living with thoughtful style” she reveals about her brand philosophy on her website.