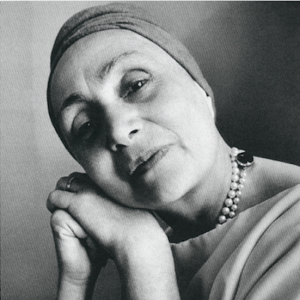 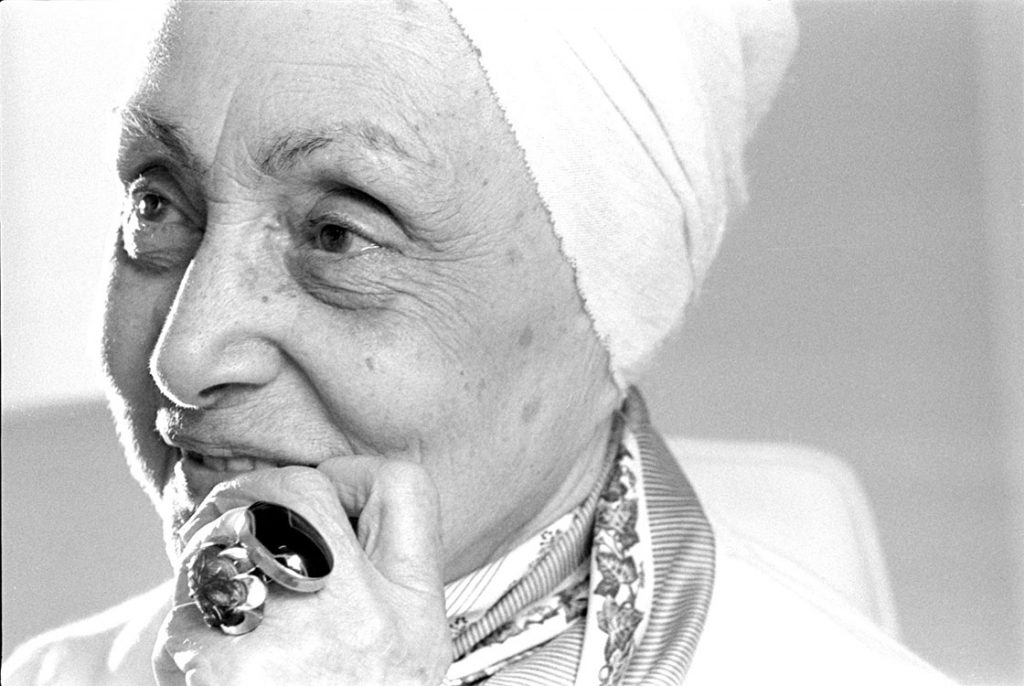 Madame Alix Grès is widely regarded as one of the most brilliant couturiers of the twentieth century. She employed innovative construction techniques in the service of a classical aesthetic, creating her hallmark “Grecian” gowns as well as a wide range of simple and geometrically cut designs based on ethnic costume. Her garments are noted for their three-dimensional, sculptural quality.

Madame Grès was born and raised in Paris, France. Early in life, Grès studied painting and sculpting. Grès originally dreamed of becoming a sculptress but after many objections made by her family she shifted her interests towards the art of fashion design and clothing making. Using her formal training in sculpture, Grès was able to apply her sculpting techniques to her fabric forms. Grès’s first job in the industry of fashion was a woman’s hat maker where she excelled until she began focusing on couture dressmaking. After distinguishing her area of interest, Grès received her early training in haute couture dressmaking at the fashion house, Maison Premet, a house known for requiring extreme perfection.

In 1932, Grès opened her first couture fashion house, La Maison Alix. In 1933, Grès and her coworker, Juliette Barton, combined their names to create Alix Barton, which she designed under for a short amount of time. Grès dropped the “Barton” in 1934 and designed under her own name, “Alix”, for the remainder of the 1930s and up until 1942. During this time, Grès’s infamous style of classical drapery and elegant gowns became the signature of the couture fashion house. At this time she became known for her technique of using live mannequins, designing and creating garments directly on the models. Her early work shows Greco-Roman sculpture influences as well as simple lines and attention to the female body. Her preferred media during this time was silk jersey and paper taffeta While operating her haute couture fashion house under the name Alix, she first gained positive attention and critical acclaim for designing costumes in 1935 for Jean Giraudoux’s play, “The Trojan War Will Not Take Place”. After receiving much applause for her theatrical costume designs, Grès became one of the leading designers of that time designing for many notable figures such as the Duchess of Windsor, Paloma Picasso, Grace Kelly, Marlene Dietrich, and Greta Garbo.

In 1942, after marrying Russian painter, Serge Czerefkov, Grès began designing under the name “Madame Grès”, a partial anagram of her husband’s first name During World War II, after creating the Madame Grès label, German troops invaded Paris and soon occupied it. During the war, German forces demanded that Madame Grès design bleak and utilitarian clothing which was in complete contrast to her entire collection. Grès defied their orders and continued to design garments that mirrored the colors of the French flag. Consequentially, after defying German’s orders, German forces ordered Grès’s haute couture fashion house to be closed claiming her generous use of fabric during wartime as their reasoning. After the closing of her first couture house, Grès fled to the Pyrenees and stayed there until Paris was liberated. In 1944, with the closing of her first couture house, Grès began designing again and opened her second house returning to her now signature name, Madame Grès. Throughout the 1940s, Madame Grès began constructing and perfecting her most notorious garment, the elegantly draped Grecian goddess gowns. These dresses could take anywhere up to three hundred hours to complete with each pleat being done by hand draping the cloth so the body shaped the dress. Grès’s signature dress perfectly captures who Grès was as a fashion designer. Her painstaking attention to detail, regard for the human body, and simplistic effects can be seen in each of her gowns. In the 1950s, Grès experimented with simpler cuts and purer lines using ethnic traditions such as saris, kimonos and serapes as her inspiration. In addition, Grès tried her hands as tailoring women’s suits over the course of the 1950s. Grès’s design focus remained mostly on her couture gowns throughout the rest of her career. Grès debuted her bestselling fragrance, Cabochard, in 1959 which translates to “stubborn”. In 1970, Grès strayed away from her signature draping style and highlighted naked flesh. She highlighted the flesh by constructing vertical peek-a-boo openings in the bodice. Grès continued to design at her fashion house up until her 80’s when she retired from the Grès fashion house in the late 1980s. The final garment designed by Madame Grès was a swelling bodice dress ordered by Hubert de Givenchy in 1989. Soon after Madame Grès retired from the couture fashion house, The House of Grès, began to suffer. In 1984, The House of Grès was bought by Bernard Tapie and then later Jacques Esterel. Due to unpaid rent, a bankruptcy petition was issued and the house’s assets were liquidated and the fashion house was sold to Yagi Tsusho Limited, a Japanese company, in 1993 they hired Lloyd Klein as the head designer .

Madame Grès married Serge Czerefkov, a Russian painter, in the late 1930s. The two had one daughter named Anne at some point during their marriage. Grès’s daughter is most notable for concealing her mothers death in 1993 for over a year and forging Grès’s handwriting in documents.

Named Chevalier of the Legion of Honour in 1947

Dé d’Or (Golden Thimble) for dressmaking by Cartier in 1976

New York University Creative Leadership in the Arts Award in 1978