The Magic of Macy's 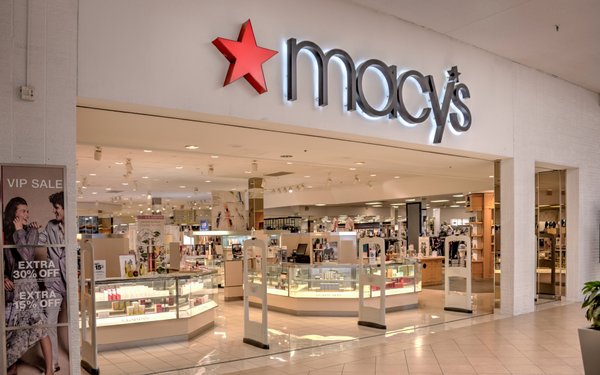 Macy’s. No one would have thought the modest dry goods store opened in 1858 by Rowland Hussey Macy’s in New York would grow to be one of the largest, most popular department stores in the world.

Rowland Hussey Macy opened four dry goods stores during 1843 — 1855. One of them was Macy’s in Haverhill, Massachusetts. None of the stores did good business but he learnt from the mistakes and shifted to New York City in 1858, where he opened a store named “R.H. Macy and Co.” with a star as the logo — inspired by a tattoo inked on him. By year-end, sales were reportedly $85,000. As the business grew, Macy’s used in-store store Santa Claus, themed exhibitions and beautifully illuminated window displays to draw customers.

In 1875, Macy took on two partners, cousins Robert M. Valentine and Abiel T. La Forge. As business grew, R.H. Macy and Co. expanded into neighbouring buildings and by 1877 became a full-fledged department store. That year, Macy died. In the following years, La Forge and Valentine passed away. Ownership of the company remained in the family until 1895, when politician Isidor Straus and his brother Nathan acquired the store.

In 1902, the flagship moved to Herald Square. Over the years, Herald Square Macy’s expanded to nearly occupy the block bordered by Seventh Avenue, Broadway, 34TH Street, and 35TH Street. There was one hurdle, a building belonging to Robert H. Smith. Undeterred by his refusal to sell, Macy’s ignored his home and built around the store. Sadly, Isidor and his wife Ida passed away when the Titanic sunk. Herald Square Macy’s became the largest store in the world and was added to National Register Of Historic Places. That year, ten thousand people showed up to watch Macy’s Thanksgiving Day Parade®.

In 1929, Federated Department Stores Inc. — now renamed Macy’s, Inc. — was formed as a holding company by a few family-owned department stores, including Abraham and Straus; Lazarus and its Cincinnati-based subsidiary, Shillito’s; and Filene’s. Federated then acquired Bloomingdale’s; Burdines; Dayton; Rike’s; Goldsmith’s. In 1994, Federated acquired debt-ridden Macy’s. With the acquisition of The May Department Stores Company in 2006, regional nameplates that were operating as a result of the frequent acquisitions and divestments, were retired and replaced by Macy’s and Bloomingdale’s. Subsequently, Federated was renamed Macy’s Inc. in 2007.

On October 28, 2014 Macy’s Inc. extended the lease-operation agreement with Al Tayer Group that took Macy’s overseas to Abu Dhabi, anchoring a new mall with Bloomingdale’s, which opened its second overseas store. Yet, no matter how successful Macy’s has been, it could not withstand the retail apocalypse. From January 2015, Macy’s closed several under-performing stores. The restructure, announced through a company release, was set to save the company an estimated $550 million a year, of which a portion was invested in e-commerce. “It is essential that we maintain a healthy portfolio of the right stores in the right places,” Chairman and CEO Terry J Lundgren said. “Our plan to close approximately a hundred stores over the next few years is an important part of our strategy to help us right-size our physical footprint as we expand our digital reach. We are closing locations that are unproductive or are no longer robust shopping destinations due to changes in the local retail shopping landscape, as well as monetising locations with highly valued real estate…” The company also announced the opening of small-format “Market by Macy’s” locations and independent Macy’s Backstage formats by end- 2020.

To operate as a dynamic national brand while focusing on the customer offering in each store location.

To be a retailer with the ability to see opportunity on the horizon and have a clear path for capitalising on it.