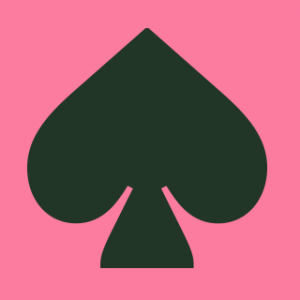 Since its modest launch as an accessories brand in 1993, Kate Spade New York has engaged in an emotional relationship with its consumers. Acclaimed for its iconic shapes, bright palette and witticism, the brand was acquired by Tapestry in July 2017 for reported $2.4 billion.

Arizona State University alumnus Katherine Noel Brosnahan met her future husband Andy Spade in university. In 1986, the couple moved to New York where she worked as accessories editor at Mademoiselle but left in 1991

to pursue her dream of launching a line of handbags. The young girl was so disillusioned that she couldn’t find a stylish, utilitarian handbag, she left a stable job and set out to design the perfect handbag out of her home. After making paper samples, she combined sleek shapes and a bright palette to launch Kate Spade New York in 1993 with six handbags. “Even my mother said I’d gotten cocky — and what the heck was I doing giving up a job with [health] insurance?” she told Forbes.

Eventually, her husband invested $35,000 and her debut line combined classic shapes, colors and fabrics to design an iconic square bag. A cult brand was born. In their own words ‘crisp colour, graphic prints and playful sophistication are the hallmarks of Kate Spade New York.’ This can be seen in the most minute detailing of their product lines from the witty statements along the inside of bangle bracelets through to their social media. Each aspect of branding is so consistent, which allows consumers to easily identify with it. The brand then diversified into footwear, sunglasses, stationery, beauty, fragrance and women’s ready to wear. Entering her boutique packed with bright bags, boldly striped tops, floral appliquéd dresses and two-toned Mary Janes, one was reminded that fashion was about making people happy. Is it a wonder then she described her brand as a cross ‘between L.L. Bean and Prada,’ per Forbes?

Just before her first show, Kate Spade ripped out the labels bearing her logo from the interior of the handbags and affixed them to the outside. After the handbags appeared in Vogue, they became a smash hit. Annual revenue climbed to reported $1.5 million in 1995. The following year, Kate Spade opened its first boutique in New York City’s SoHo. Within three years the company was minting reported $27 million in sales and experienced unprecedented growth when an acclaimed journalist recommended buying shares because of its growth potential. It was also one of the first of its time to go digital, with iPads, mobiles and computers. Expansion and acquisition was the next stage. The company that had started from scratch attracted attention of conglomerates and in 1999, American chain of luxury departmental stores Neiman Marcus reported paid $124 million for fifty six per cent stake, including debt. In 2006, Neiman Marcus Group acquired the remaining stake, valuing the company at $134 million and resold Kate Spade New York to Liz Claiborne Inc in 2014, which rebranded as Kate Spade and Company.

Andy Spade was in charge of operations at the time but in the following year operational reins was turned over to Liz Claiborne. In 2016 the couple launched a new line, Frances Valentine, named for their daughter. In another milestone, American multinational luxury fashion holding company Tapestry, Inc acquired Kate Spade and Company in July 2017 for reported $2.4 billion and appointed Anna Bakst as CEO and Brand President. ”The appointment of Anna Bakst marks another key step in the evolution of the Kate Spade brand. She brings a rare combination of business acumen, directly related fashion experience and strong leadership skills to the company. Together with recently appointed Creative Director Nicola Glass, we now have the right senior management in place to lead the talented Kate Spade brand team and drive the business globally” said Victor Luis, CEO, Tapestry, Inc in a company release. Prior to joining Kate Spade New York,  Nicola Glass was senior vice president of accessories design at Michael Kors, for thirteen years, and before Michael Kors, he was an accessories designer at Gucci.

In June 2018, Kate Spade died by suicide, at fifty-five. She is survived by a teenage daughter. To respect the late founder, the company donated $1 million towards mental health awareness. Kate Spade New York hired Nicola Glass as Creative Director that year and her debut collection had a subtle approach to color that honoured the brand’s origin and evolved its house codes in a conceptual, sophisticated way.

We’re stronger together through our on purpose collection, we build suppliers that help transform communities by employing and empowering its primary agents of change: women.