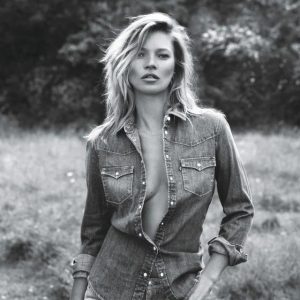 Katherine Ann Moss is an English model and businesswoman 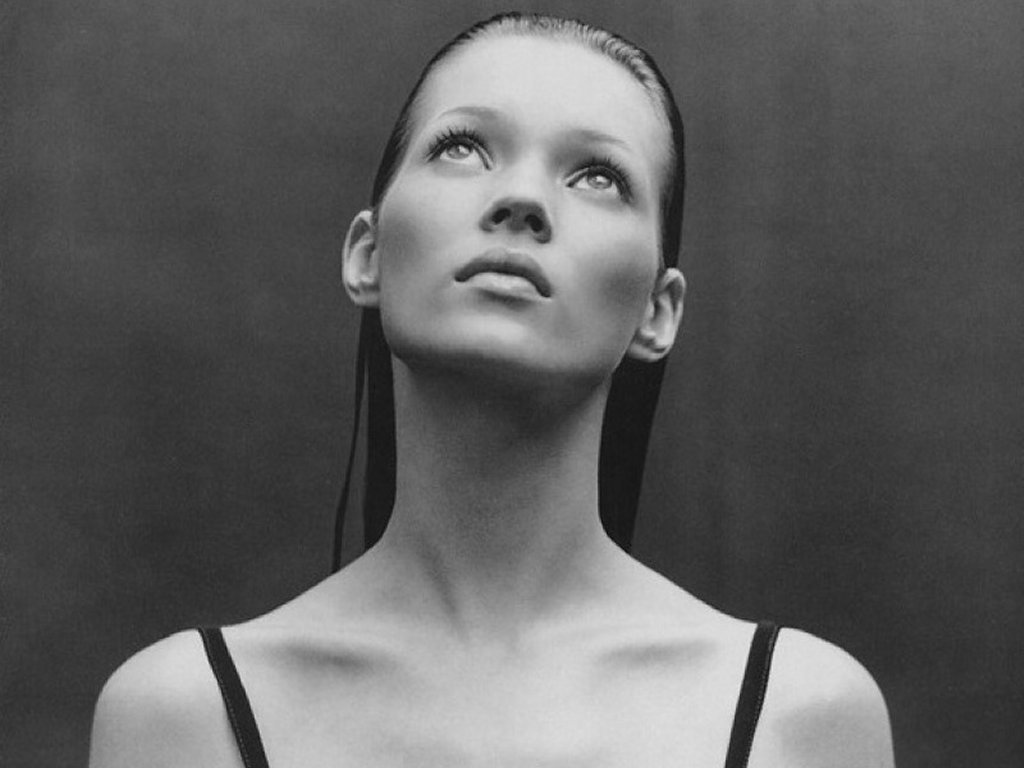 In the early 1990s, British model Kate Moss debuted with a series of high profile and highly controversial advertising campaigns and quickly became the defining figure for a decade. She fronted a grungy, streetwear inspired aesthetic dubbed “heroin chic” and prompted the return of the waif look following an era of the “supermodel”.  Kate Moss is a British model who appeared in her first cover shot a year after she was discovered at age 14. After being featured in Calvin Klein’s Obsession ad campaign in 1993, she became even more famous and sought-after. During her career, she has appeared on the cover of more than 300 magazines.

Moss grew up in the London borough of Croydon. At the age of 14, she was discovered by Sarah Doukas, the owner of the modeling agency Storm. In 1990 Moss caught the attention of the fashion industry when a series of stark unstylized photographs of her—taken by the British photographer Corinne Day—were published in the youth style magazine The Face. At that time the fashion industry was populated by supermodels who were famous for their statuesque and curvaceous frames and traditionally glamorous images. With her more natural look, street style, and slight build—at five feet seven inches, she was short for a model—Moss became known as an “anti-supermodel,” and she launched a new era in modeling, though not without some controversy.

In 1992 Moss signed with American designer Calvin Klein, and she subsequently appeared in a series of advertisements for his brand that highlighted her very thin frame clothed in skimpy attire. The Klein campaign, as well as a photo spread in British Vogue shot by Day, caused a furor, as Moss was accused of promoting anorexia and pedophilia. She became the symbol for the so-called “heroin chic” generation that followed the grunge style. Despite the uproar, Moss became one of the most sought-after and highest-paid models. In the ensuing decades she appeared in ad campaigns for Dior, Burberry, Chanel, Versace, and Dolce and Gabbana, among others. With her iconic style, she also became a muse to a number of designers. Although many models retire by their mid-20s, Moss remained busy into the 21st century. In addition to her work in front of the camera, Moss also was involved in several design-related ventures. Her first collection for the retailer Topshop appeared in 2007—it reportedly sold out in one day—and in 2010 she debuted a line of handbags for Longchamp. She also launched a perfume line in 2007, and her first lipstick collection for Rimmel hit stores in 2011.

Moss’s personal life was well documented by the tabloids. Her various relationships—notably with American actor Johnny Depp; British publisher Jefferson Hack, with whom she had a daughter in 2002; and Jamie Hince, a British rocker whom she married in 2011 and divorced in 2016—were popular targets, as was Moss’s partying lifestyle. In 2005 a tabloid published photographs of Moss using drugs with her then-boyfriend Pete Doherty, a British musician. The ensuing scandal resulted in a number of her contracts being terminated. By the following year, however, after a stint in rehab, Moss was again one of the industry’s top-earning models.