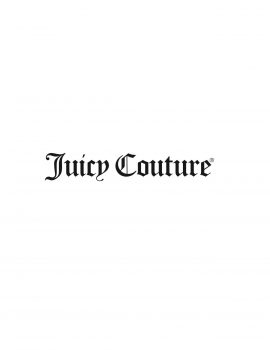 Juicy Couture, a casual wear fashion brand based in Arleta, Los Angeles, was founded by Pamela Skaist-Levy and Gela Nash-Taylor in 1997 and was later purchased by the Liz Claiborne Inc.

To deliver on-trend and fun high-quality fashion for women.

To embrace the bright and glamorous fun of its Los Angeles heritage by discovering “the couture in the everyday”.

Founded in 1997 in Los Angeles by friends Pamela Skaist-Levy and Gela Nash-Taylor, poster girls for L.A.’s casual luxury look, the brand was exciting, fresh and creative as it began retailing basics in fun, fabulous colors. The low-riding drawstring pants, the gem encrusted velour tracksuits and form-fitting zip-up hoodies were hot-sellers. Much of the brand’s initial success was founded on celebrity relationships. In 2001, Juicy tracksuit was custom designed for Madonna and the pop icon transformed it into a fashion statement. Since, it became a rage among the celebrity set including Jennifer Lopez, Britney Spears, Cameron Diaz and Paris Hilton. 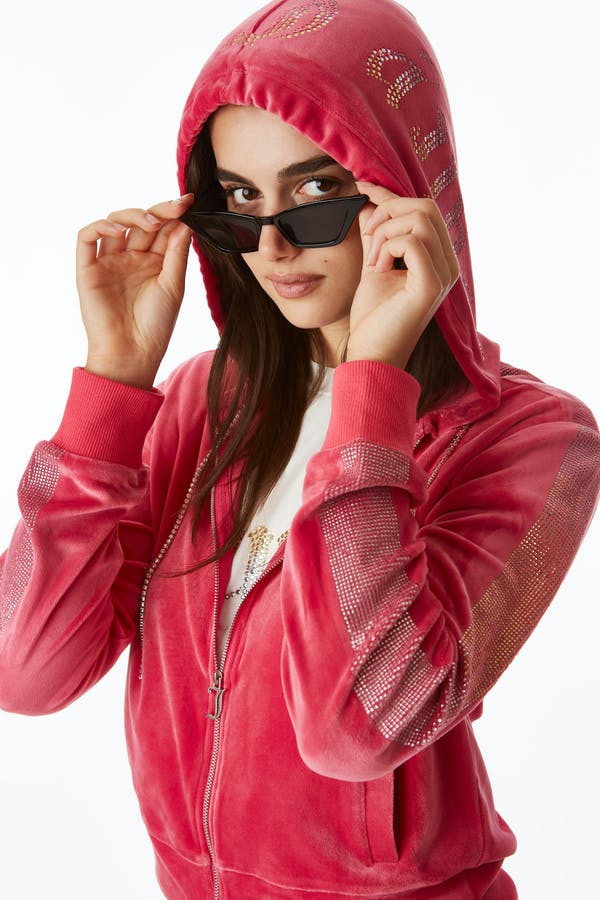 Menswear and kidswear were added to the product mix. Former Vogue Accessories Director Michelle Sanders came aboard to handle new licenses for jewellery, handbags and swimwear and the designers became co-presidents of the company. Per Forbes, “Sales volume at the peak was over $500 million. Juicy was sold in department stores Bloomingdale’s, Lord and Taylor, Bergdorf Goodman, Nordstrom, Neiman Marcus and Saks Fifth Avenue. In addition to running its own full price specialty stores, eventually the brand opened over a hundred outlet stores… I watched big Juicy Couture departments shrink in stores like Bloomingdale’s. It was an indication that sales were falling off…”

In 2003, Juicy Couture was acquired by Fifth and Pacific Company Inc. [formerly Liz Claiborne Inc. and now Kate Spade Inc.]. Shortly, the demand for bright gem-encrusted apparel decreased and by 2010 Juicy Couture appeared to have fallen off the fashion zeitgeist.  That year, LeAnn Nealz was made Chief Creative Officer and President. Per Vogue, “The time may have come when Seventh Avenue’s lofty vantage point suddenly seems less relevant than the ground-level perspective of the designer as consumer.” The brand was resold to Authentic Brands Group in 2013 for reportedly $195 million. The new owners closed all existing locations and opened a hundred-odd stores and in-store shops over the next five years, in the United States, New York, Los Angeles and Vancouver to reposition the brand.

Since, things have been looking up. 2020 is the comeback year and the brand hired Amy Gibson as Design Head to bring it up to speed. Per Tattler, “In terms of inspiration for the new JC, Gibson explains her main focus was on re-establishing her customer, “The ‘Juicy girl’ has been a college student for so long, she’s now graduated, grown up and evolved; she’s now a woman. She still appreciates the core values of the brand, but she’s now more empowered, more sophisticated and more stylish”.