a chain of high-end department stores operating throughout the United Kingdom. 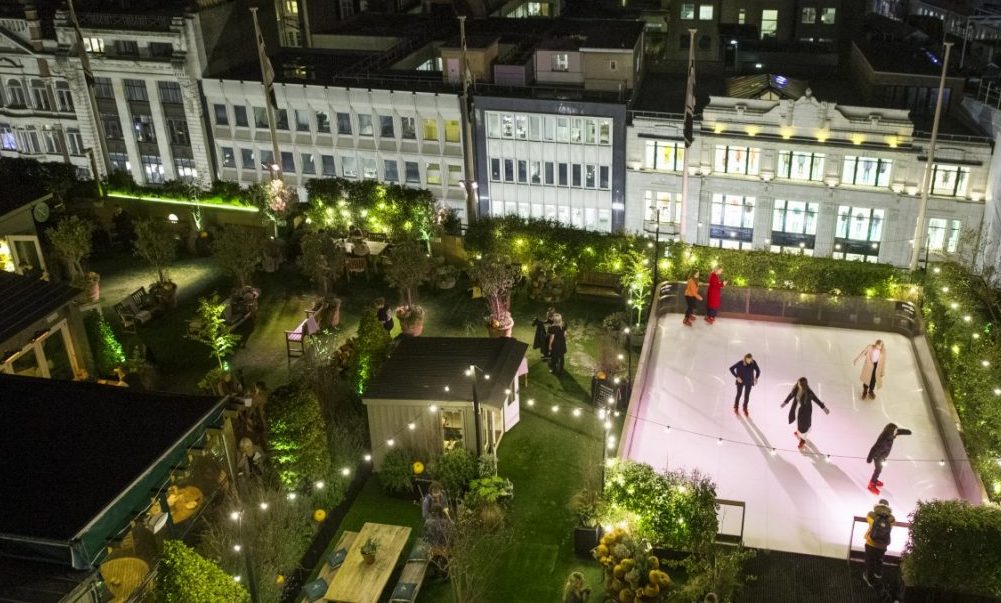 John Lewis & Partners is a chain of high-end department stores operating throughout the United Kingdom. Concessions are also located in the Republic of Ireland and Australia. The chain is owned by the John Lewis Partnership, which was created by Spedan Lewis, son of the founder, John Lewis, in 1929.

The John Lewis Partnership (JLP) is an employee-owned UK company which operates John Lewis & Partners department stores, Waitrose & Partners supermarkets, its banking and financial services, and other retail-related activities. The company is owned by a trust on behalf of all its employees — known as Partners – who have a say in the running of the business, and receive a share of annual profits, which is usually a significant addition to their salary.

The first John Lewis store was opened in 1864 in Oxford Street, London, as a drapery shop. It was opened by John Lewis in 1864. In 1905 Lewis acquired a second store, Peter Jones in Sloane Square, London.

In 1884, aged 48, Lewis married Eliza Baker, a schoolmistress with a university education, who was 18 years his junior. They set up home in a mansion on the edge of Hampstead Heath. Eliza bore a son in 1885, and the couple named him John Spedan Lewis. A second son, Oswald Lewis, was born in 1887. After Westminster School, both sons joined Lewis in the business, and he gave each of them a quarter share of it on their twenty-first birthdays.

In 1906, Lewis bought a controlling interest in the Sloane Square-based business Peter Jones Limited, the eponymous founder of which had died the previous year.

In the next 13 years, the Peter Jones business was not profitable – no dividends were paid to Lewis and the external shareholders  – and in desperation, in 1914 Lewis appointed his son Spedan as chairman of Peter Jones. John Spedan Lewis, began the John Lewis Partnership in 1920 after thinking up the idea during his days in charge of Peter Jones. John Spedan Lewis also thought up the idea of the Gazette, the partnership’s in-house magazine, first published in 1918. 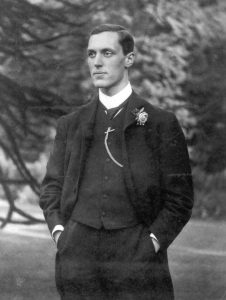 This gave Spedan Lewis complete control, and he decided that the underlying problem was that the staff had no incentive to do a good day’s work, because their own interests were not in line with those of the business. He shortened their working day and instituted a system of commission for each department, paying selling staff amounts based on turnover. He held regular meetings at which staff could air any grievances directly with him.

In 1916, after a disagreement with his father, Spedan Lewis exchanged his 25 per cent interest in the Oxford Street business for Lewis’s shares in Peter Jones Limited. He made improvements in staff conditions, including granting a third weeks paid holiday each year. He had hot and cold running water installed in the staff bedrooms over the shop. In 1918, he started publishing a fortnightly newspaper telling staff how the business was faring. In 1919, he instituted a staff council meeting, the first decision of which was that staff should be paid weekly instead of four-weekly. Business prospered: there was a profit of £20,000 in 1920. Spedan Lewis’s radical idea was that the profits generated by business should not be paid solely to shareholders as a reward for their capital. Shareholders should receive a reasonable but limited return, and labour should be the recipient of the excess. His concept of ‘fairer shares’ involved sharing gain, knowledge and power. In 1920, Spedan started distributing Peter Jones preference shares to staff, who were now called ‘Partners’.

In contrast, John Lewis made no improvements to the conditions of his staff, and grievances built up to such an extent that in 1920, there was a five-week strike at Oxford Street. Despite support for the strikers from – among others – Queen Mary, Lewis sacked them and engaged new staff. 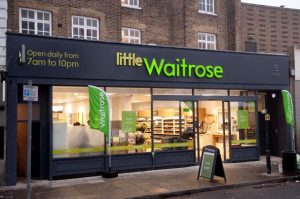 John Lewis died aged 92 in 1928, and Spedan Lewis became sole owner of the Oxford Street business, in addition to Peter Jones. That same year, he bought the premises of T J Harries on the eastern side of Holles Street in Oxford Street, into which he expanded John Lewis.

In 1929, Spedan Lewis signed a deed of settlement, which transferred shares in John Lewis & Co. Limited and Peter Jones Limited to trustees (himself, his wife and his brother-in-law). The profits of the combined business would be distributed to its employees, either as cash or as fixed-interest stock in the new company: John Lewis Partnership Limited. In return, Spedan Lewis took £1 million of non-interest-paying loan stock, which would be repaid to him over thirty years. He would retain personal control of the business, but would not receive any interest, fees or salary, living on the repayment of the loan stock. These annual capital repayments were initially equivalent to about £1.5 million in 2010 money, but inflation reduced their value by the 1950s to the equivalent of about £0.5 million in 2010 money.

In 1933, the John Lewis Partnership started acquiring other retail businesses. In 1937, it bought Waitrose Limited, which operated ten counter-service grocery shops in London and the home counties.

Every employee is a Partner in the John Lewis Partnership, and has an opportunity to influence the business through branch forums, which discuss local issues at every store, and the divisional John Lewis and Waitrose Councils. Above all these is the Partnership Council, to which the Partners elect at least 80 per cent of the 82 representatives, while the chairman appoints the remaining. The councils have the power to discuss ‘any matter whatsoever’, and are responsible for the non-commercial aspects of the business: the development of the social activities within the Partnership and its charitable actions.

Every non-management Partner also has an open channel for expressing his/her views to management and the Chairman.

The John Lewis Partnership publishes a weekly in-house magazine, called The Gazette. It is the oldest in-house magazine currently still being published in the UK. Partners can write anonymous letters to the Gazette and the Chronicles, holding management to account.

The John Lewis Partnership has a very extensive programme of social activities for its Partners, including two large country estates with parkland, playing fields and tennis courts; a golf club; a sailing club with five cruising yachts, and three country hotels offering holiday accommodation for the Partners. When Brownsea Island was to be sold by HM Treasury for £100,000 in 1962, the John Lewis Partnership joined with The Boy Scout Association and the Dorset Wildlife Trust to provide £25,000 each to The National Trust which bought it. The John Lewis Partnership runs Brownsea Castle as a holiday venue for employees.

Partners are also enrolled in a very favourable pension scheme, are covered by death-in-service insurance. In addition to this, upon completing 25 years of service for the company, Partners are given a paid six-month break, known as “Long Leave”.

Finally, every Partner receives an annual bonus, which is a share of the profit. It is calculated as a percentage of salary, with the same percentage for everyone, from top management down to the shop floor and storage rooms. The bonus is dependent on the profitability of the Partnership each year, varying between 5% and 20% of the Partners’ annual salaries between 2000 and 2018, falling to 3% in 2019, the lowest since the 1950s.

John Lewis has an important fashion section which is the leading one in terms of sales. This department store chain represents most of the up market brands.