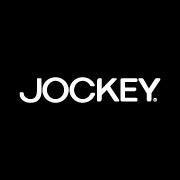 The next best thing to being naked!

Leading innerwear brand jockey International recognizes the need for comfort and has a keen eye for style.

For you to feel comfortable in, to sleep in, to work in and to lounge in.

Jockey, originally named ST Cooper and Sons, was founded by Samuel T. Cooper in St. Joseph, Michigan in 1876 as a hosiery business. In 1900, he began making men’s innerwear to provide men with comfort and support. Sadly, in 1934 the company was almost bankrupt due to the Great Depression and recruited Harry H. Wolf Sr., to restructure business.

In 1934, inspired by a photograph of a man in a bikini-style swimwear, Copper launched Jockey Briefs, that would one day revolutionise the innerwear industry. Designed by apparel engineer Arthur Kneibler, the briefs had leg sections and a Y-shaped overlapping fly. It was named Jockey as it offered a degree of support that had previously only been available from the jockstrap. Jockey briefs went on to be so popular that over thirty thousand pairs were sold within three months. Cooper, having renamed the company Jockey, inked a deal in 1948 to make the brand the official underwear of the British Olympics. 1962 was a milestone year. Jockey designed innerwear for the first manned mission to the moon, Apollo 11. Designed to remain unaffected by gravity, the innerwear was worn by astronauts Neil Astronaut, Buzz Aldrin and Michael Collins in 1969, when they landed on the moon.

In 1970, the brand was renamed jockey international, In 1982, the company introduced Jockey For Her womens innerwear. In 2005, direct-selling division jockeyp2p.com was introduced. Jockey International Chairman and CEO Debra S. Waller founded Jockey Person to Person to provide women with the opportunity to enjoy a rich family life while making their dreams come true. In August 2020, country musician Luke Bryan joined Jockey International as Brand Ambassador. Today, the leading innerwear brand not only recognizes the need for comfort but also has a keen eye for fashion.