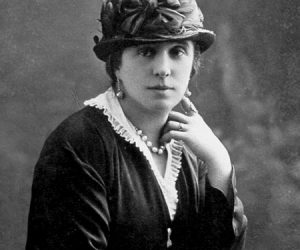 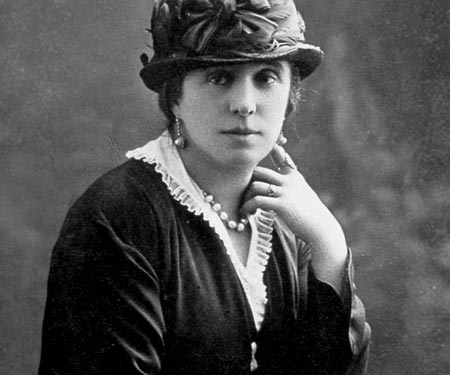 Parisian milliner- turned- haute couture designer Jeanne-Marie Lanvin founded Lanvin, the third oldest French fashion house still in operation, and the beauty and perfume company, Lanvin Parfums. When she passed away in 1946 her daughter Marguerite took over as Director of Lanvin fashion house. Subsequently, after being creatively helmed by Alber Elbaz, Bouchra Jarrar and Olivier Lapidus, the legacy of the 130-year-old French fashion brand is now being carried forward by creative director Bruno Sialelli.

Lanvin was born on 1 January 1867, the eldest of eleven children of Constantin Lanvin and Sophie Deshayes. At thirteen, she apprenticed for a milliner and trained with Suzanne Talbot. In 1885, she opened a modest millinery in rue du Marche Saint Honore, funded by her savings.

Jeanne Lanvin was besotted with her daughter Marguerite and began to design identical mother and daughter looks, which attracted the attention of a number of influential women and her modest business transformed into a fashion house. The brand’s logo took inspiration through this bond: “The woman and the child.” One of her greatest achievements was when she received an order for party dresses from Queen Elizabeth, for the princesses Elizabeth and Margaret. Shortly, Jeanne Lanvin opened a Young Ladies’ and Women’s department. Soon, she was designing for some of the most influential women in Europe, from debutantes to mother of the bride. Day wear, cocktail dresses, coats or lingerie. Lanvin was acclaimed for exceptional construction and creative techniques using hand embroideries, beading and pearls on rich fabrics. She had also wisely invested in a dye factory so she could get the exact colours she needed. In 1909, she became a member of the Chambre Syndicale de la Couture, which marked her formal status as a couturier. Her most popular look was Robe de Style, formal eveningwear made to the highest standards of French couture — a clean, minimalist silhouette enlivened with hand embroidery and beading. Lanvin was an astute businesswoman and continued to develop the brand with new departments including home décor, sportswear, made- to- measure menswear, kidswear, hats, fur and lingerie. However, her most significant expansion was Lanvin Parfums SA and the launch of legendary fragrance Arpège— a thirtieth birthday gift for her daughter. Jeanne Lanvin wanted to gift Marguerite a unique perfume developed by legendary perfumer André Fraysse. When her daughter inhaled the fragrance, with floral notes, she exclaimed: ‘It’s like an arpeggio!’ Arpège was born.

In 1920, she met architect-decorator Armand-Albert Rateau, who had just graduated from École Boulle. Together, they opened a store that offered Art Deco furniture, rugs, curtains, stained glass, wallpaper and more. Rateau designed her Paris home, her boutiques and her country villa. Later, he became part of Lanvin’s empire as manager of Lanvin-Sport, designed the spherical perfume flacon for Arpège and managed Lanvin-Décoration.

At its peak, Lanvin had nearly 800 employees and 23 ateliers worldwide