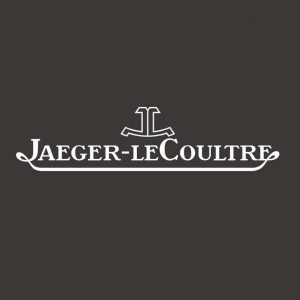 When Antoine LeCoultre founded a modest watchmaking workshop after inventing a machine that cut watch pinions from steel, little did he know that he would revolutionise watchmaking as the company grew. In the heart of Vallée de Joux in the Swiss Jura Mountains, Jaeger-LeCoultre has continually renewed its creativity and inventiveness since 1833 to become the world’s leading luxury watchmaker.

In the sixteenth century, French Huguenot Pierre LeCoultre fled to Geneva to escape religious persecution. Although he obtained the status of inhabitant he left to acquire a plot of land in Vallée de Joux. Over time, a small community formed and in 1612, Pierre LeCoultre’s son Antoine built a church there, marking the founding of the village of Le Sentier where the company’s manufacture is still based today.

Antoine LeCoultre founded a modest watchmaking workshop in 1883 and made horological history when he invented the world’s most precise measuring instrument at the time, the millionomètre. The invention was never patented, however, its unique composition was kept a secret, used by the company for over fifty years. In 1847, he developed a keyless system to rewind and set watches. Four years later, Antoine LeCoultre was awarded a gold medal for his work on timepiece precision and mechanisation at Universal Exhibition in London. Following his trip, his son Elie LeCoultre joined the family business at sixteen and developed complications that transformed the workshop into Switzerland’s most prolific manufacturers, LeCoultre and Cie. Here, they developed the first partially mechanised production processes for complicated movements, in 1870.

Paris-based watchmaker to the French Navy, Edmond Jaeger, who created complications that measured speed, challenged Swiss manufacturers to develop ultra-thin movements he had invented, in 1903. Jacques-David LeCoultre, grandson of Antoine LeCoultre, took up the challenge and developed ultra-thin pocket watches, including the thinnest in the world in 1907, equipped with the LeCoultre Calibre 145. The same year, French jeweller Cartier, one of Jaeger’s clients, signed a contract with the Parisian watchmaker under which all Jaeger movements would be exclusive to Cartier for fifteen years. In 1935, Edmond Jaeger acquired the patent for the atmospherically driven clock Atmos from its inventor Jean-Léon Reutter and licensed it to LeCoultre, intent on developing a modern version. Atmos relies on temperature and atmospheric pressure changes for a constant winding of the clock mainspring. This was an engineering feat for its time and was announced to the public on January 15th, 1936, a year before Jaeger collaborated with LeCoultre, and renamed Jaeger-LeCoultre.

Till date, Jaeger-LeCoultre has produced over 1,242 calibres and registered approximately four hundred patents. Some of its icons include the precise, robust and shock- resistant Geophysic chronometer, created in 1958; an alarm diving watch equipped with a patented triple case-back system to optimise the diffusion of sound under water, in 1968; Duomètre collection designed around the dual-wing concept, one to ensure precision and another for the complication, both synchronised by a single regulating part, in 2007; Master Grande Tradition Gyrotourbillon 3 Jubilee with the chronograph featuring an instant digital counter, in 2013; Jaeger‑LeCoultre Polaris associating its watchmaking know-how with a modern sporting elegance, in 2018; Master Grande Tradition Gyrotourbillon Westminster Perpétuel, further advancing the art of multi-axis tourbillons, in 2019.

Jaeger Lecoultre brings together artisans, watchmakers, engineers, technicians, artists and mechanics under one roof in its quest to create timepieces that represent a concentrated blend of expertise and a powerful cultural symbol.

To be a guardian of unique expertise and heritage in watchmaking