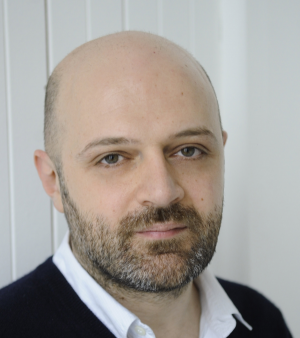 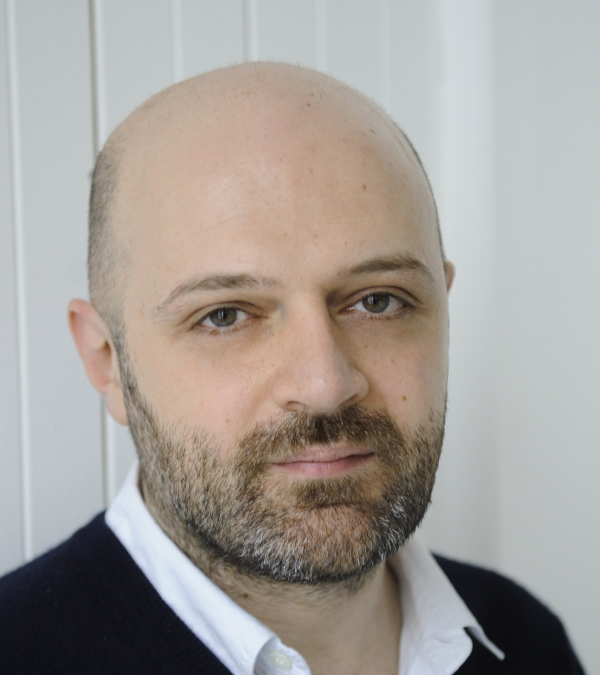 With some looks displayed in London’s Design Museum, Tokyo’s Museum of Contemporary Art and Paris’ Palais du Louvre, Hussein Chalayan is acclaimed as Fashion’s storyteller, his multi- disciplinary approach blurring the line between design, art and technology. The London- based designer rose to prominence with a graduate collection he buried underground before showcasing! Some of his ‘show- pieces’ include a coffee table that collapsed into a wooden skirt, origami dresses that folded into envelopes and dresses that- using technology- morphed on the catwalk! Now helming his eponymous label, he was once Creative Director at TSE New York and Puma, and is on the design team at Vionnet.

Born to Muslim parents in Cyprus, Chalayan moved to England with his family during the Turkish invasion that led to political turmoil and violence. In London, he studied for Fashion Design at Warwickshire School of Arts and at Central Saint Martins. His graduate collection, “The Tangent Flows”, comprised of silk dresses that he had buried in his back yard and exhumed before the show. The ritual of burial and resurrection referenced life, urban decay and death. London- based store Browns bought it in its entirety. Buoyed by success, Chalayan established his company in 1994 and debuted his ready-to-wear line, “Hussein Chalayan” which he later changed to “Chalayan” due to the Oriental connotation of his first name.

Hussein Chalayan’s shows are always a cerebral tour de force. The relentlessly experimental designer mastered the art of the fashion show as theatre and chalked up iconic ‘show- pieces’ including the kite dress, the coffee-table dress, the remote-control dress, the LED dress… leaving even the most harried editor, awed and astounded. It takes a powerhouse designer to articulate his conceptual and philosophical preoccupations and come up with a highly wearable collection. ‘Inertia’ had moulded-latex dresses that appeared to be frozen in aerodynamic motion. Each dress was hand-painted with images of crushed cars with buckled metal, cracked windscreens, bent bumpers. Chalayan was referencing how our frenetic lives could result in a crash. However, subtext and theatrics never got the better of the garments. ‘Between’ witnessed models walking onto the catwalk in black chadors of varying lengths, the first floor-skimming, the last barely covering the model’s face; she was naked underneath. It was one of Fashion most searing catwalk imagery!

‘The coffee table dress’ was one of his most experimental — a model stepped inside the coffee table, lifted it up, and transformed it into a wooden skirt! It was an autobiographical narrative of evacuating home during war, using clothing as the means to carry possessions quickly. However, his ‘Remote Control’ dress was technical wizardry — made from aviation-strength fibreglass, side and rear flaps in the pink dress opened at the flick of a switch on a remote control panel held by a young man, to reveal pink tulle underneath. The dress premiered at Hyères Festival, France. Currently, Chalayan continues to showcase womenswear and menswear at London Fashion Week and his work has been worn by the jet set including from Bjork who wore his garments during her European tour and Lady Gaga who favoured his chiffon pants and wide-brimmed straw hat.

Throughout his career, Hussein Chalayan has collaborated with artists, musicians, actors and fashion brands. In 1998 he was appointed Design Consultant for New York- based knitwear label TSE. In 2001, TSE’s decision not to renew his contract resulted in serious debt and he was forced into voluntary liquidation. Shortly, the designer restructured his firm through a licensing deal with Italian manufacturer, Gibo and staged a comeback without a showing. The following year, he expanded his portfolio with a menswear line and sold exclusive rights to online retailer, Yoox. In 2008, Chalayan was appointed Creative Director of Puma, responsible for designing and developing collections with forward-thinking aesthetic and innovative technology, while Puma acquired a stake in his label. In 2011, he and Nicola Formichetti collaborated with Lady Gaga at the 53rd Annual Grammy Awards. And, in 2015, he joined the ready-to-wear creative team for Vionnet, where he continues to work alongside Albino Damato and Diego Dolcini to bring a fresh progressive approach to the French label’s design aesthetic.

2006: Member of the Order of the British Empire

2014: Head professor of the Fashion Department at University of Applied Arts, Vienna.