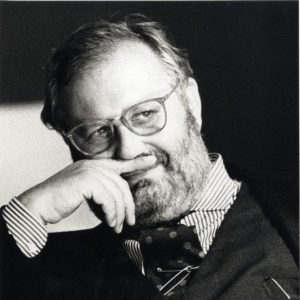 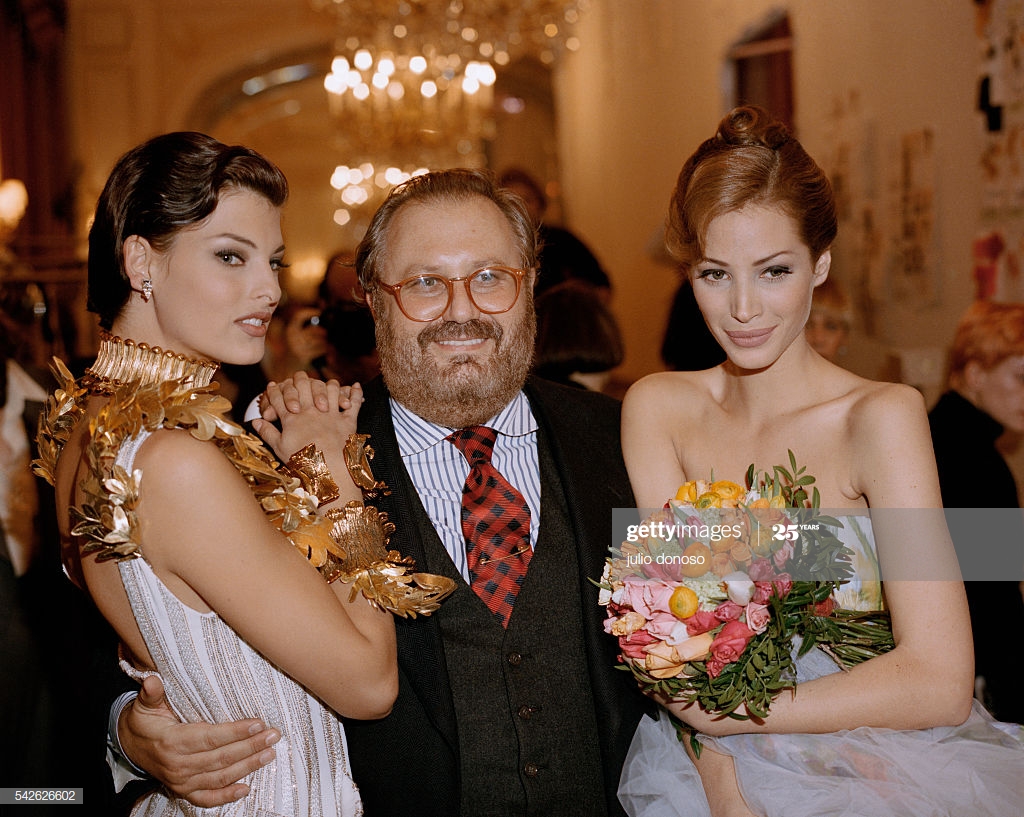 Gianfranco Ferre is an Italian fashion designer also known as “the architect of fashion” for his background and his original attitude toward creating fashion design. He was the stylistic director for Dior during the 1990’s.

On 15th August 1944, Gianfranco Ferre was born in Legnano, near Milan in Lombardy, in northern Italy. He was the first child of Luigi Ferré and Andrea Morosi. Gianfranco Ferre was raised by his mother, a widow of an engineer, and his two aunts, who were perfectionists.

He attended the liceo scientifico of Legnano.In 1967, Ferre studied to become an architect, while making belts on the side to support his studies. He later studied at the Milan Polytechnic Institute for a degree in architecture, graduating in 1969. His first job was designing for a furniture company. Ferré’s creations were noticed by the owners of a boutique in Portofino, after seeing some jewellery he designed for his girlfriend. This led to him designing jewellery for successful designers,Walter Albini and Christiane Bailly.

Ferré began his fashion career in 1970 ,designing accessories, then started freelance designing, working for Karl Lagerfeld and Elio Fiorucci.From 1970 till 1973, Gianfranco spent in India, where he had been sent to study the crafts. On his return to Italy, Ferré met Franco Mattoli, who owned his own fashion house. Agreeing to collaborate, Ferré designed for Mattoli.

In 1983, he became the founding professor of fashion at the Domus Academy in Milan and the following year started a three year succession of winning the Italian Fashion Oscar the ‘Occhio D’Oro’ six times. In 1989 Ferré was appointed designer for Dior, to supply the house with an image for the 1990s.During his work the Maison Christian Dior, which covers the period from 1989 to 1996, Gianfranco Ferré designed fifteen haute couture collections. He replaced the main designer Marc Bohan, who had occupied this position from 1960 (taken after Yves Saint Laurent). When Gianfranco Ferré arrived at the Maison Christian Dior, he was already a recognized and respected designer running his own brand in Italy.

Due to his initial training as an architect, Gianfranco Ferré has been dubbed by Women’s Wear Daily as the “Frank Lloyd Wright of Italian Fashion”, comparing him to the great  American architect.

On June 17th of  2007, the Italian designer died after suffering a massive brain hemorrhage. He was hospitalized at the San Raffaele Hospital in Milan, where he was pronounced dead a few days later, at the age of 62.

Ferre brought out the first women’s ready-to-wear collection for the Franco Mattioli’s Baila label in 1974. After four years designing for the house, Ferre decided it was time to start his own label. He gave a 50% partnership to Franco Mattoli, which is still there. In 1978, he released his signature collection for women and in 1982 his first menswear collection and accessories.Two years later,he released his first women’s fragrance ‘Gianfranco Ferre’. His first couture fur collection, Studio 00l, was launched in Rome in 1986. Ferré became Stylistic Director of Christian Dior in Paris in 1989. It was announced that Ferré would end his engagement with Dior with the Spring 1997 collection for the label.

Leaving Dior in 1996, he opened a Jeans line and boutiques in Rome, Milan and Geneva for his own company.The new Ferré Jeans line, all in black and white, came in casual separates of three styles— basic, athletic, and beach wear.Ferré further forged ahead in 1996 with the debut of the Gieffeffe unisex fragrance.The first Gieffeffe store opened as well, in Florence, Italy, with a second shop planned for Milan in 1997 and several more elsewhere in Europe. The Ferré Jeans line for women was also introduced in 1997, along with the formation of the Gianfranco Ferré USA to oversee the firm’s increasing interests in America. Additionally, Ferré signed an agreement with Japanese conglomerate Mitzuno to open over a dozen shops in Japan, and to segue into producing golf apparel and equipment.

Gianfranco Ferré, after much negotiation, finally decided to sell all but 10-percent of the company bearing his name. Under the December 2000 agreement, GTP received 90-percent of the firm, and Ferré not only maintained creative control, but gained an atelier in Milan and a new couture line set to debut in 2002.The Gianfranco Ferré S.p.A. was sold to IT Holdings in March 2002.Most of the external licenses were eliminated in 2003, leaving only the Gianfranco Ferre mainline, Ferre diffusion, and GF Ferre younger/activewear labels.

Ferré distributes in 17 exclusive boutiques worldwide (1994) and has over 250 sales points in total.The sportswear collections Oaks by Ferré and Ferre Jeans used to be manufactured by Italiana Manifatture S.p.A., but Ferré contracted those lines for the next ten years to Ittiere. The range of licensed products is wide, including shoes, stationery, luggage, home furnishings, and perfumes. The latest addition to this list is the license given to the Swiss watch manufacturer Swatch.

Ferré  gained many honours during his career: Occhio d’Oro Award (six times) for Best Italian Designer, the Gold Medal from the City of Milan, the Commendatore del Ordine decoration from the President of the Italian Republic, De d’Or (Golden Thimble Award) for his first Dior haute couture collection in 1989.