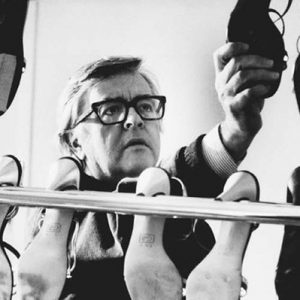 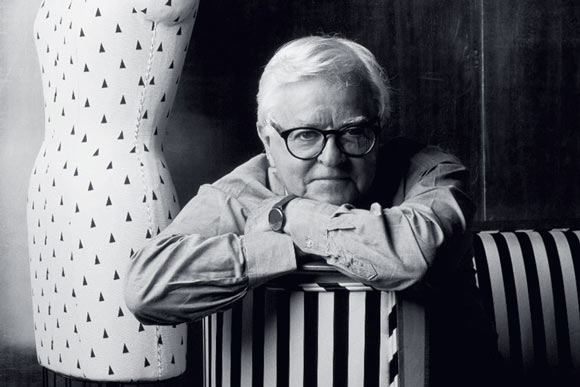 Geoffrey Beene was an American fashion designer. Beene was born on Aug. 30, 1927 in Haynesville, Louisiana. Beene revolutionized the American fashion industry with minimalist designs that incorporated a variety of materials and emphasized comfort over couture.He spent three years studying medicine at Tulane University, New Orleans, but dropped out with the intention of enrolling at the University of Southern California.  Beene drew widespread praise for his 1967 design of Lynda Bird Johnson’s wedding dress, and his spring collection that year was generally regarded as his finest. In 1974 he launched a line of inexpensive sportswear that he dubbed Beene Bag, and two years later he became the first American designer to open a show in Milan. His work earned him induction into the Fashion Hall of Fame, eight Coty Fashion Critics Awards, and a 1998 lifetime achievement award from the Council of Fashion Designers of America.

Beene is known in the fashion industry to have an out-of-the-box approach to designing women’s clothes. Dubbed as the ‘godfather of minimalism’, for his non-stereotypical approach on designing couture, he studied at New York’s Traphagen School of Fashion. He then relocated to Paris to study at the Ecole de la Chambre Syndicale de la Couture Parisienne. Well versed in the art of tailoring, he got his first job in 1951 in New York as an atelier designer at the Sherry-Netherland Hotel but soon got fired. He moved on to find a job at New York’s Garment District and worked as a designer for women’s wear at Teal Traina till 1963. By the end of the year, Beene had found his lucky break and he established his own company which was very unlikely at the time for American designers. He soon caught the attention of designers and media alike at the Seventh Avenue Fare where his designs were highly praised. Geoffrey designed a wedding dress for Lyndon B. Johnson’s daughter in 1967 which was not one of his best works and he decided to take his career forward by making dangerously minimalist outfits. His outfits soon became the talk of the town and Geoffrey had become a household name for the rich and famous in America.

He usually experimented with very different stitches and materials like denim for his evening wear. Geoffrey launched his second line, Beene Bag in 1974 and he is one of the first American designers to have showcased his work at the Milan Fashion Week. Even though Beene had skills that were second to none, he somehow never reached the zenith of financial success due to his ongoing feud with Women’s Wear Daily. It all started when Beene refused to provide more details about the wedding dress he was designing for the wedding of Linda B. Johnson’s daughter. Despite the two being at dagger’s ends with each other, Beene’s fashion shows in the 1980s were well attended by many notable names in the fashion industry. Geoffrey’s company got much of his finance from his very popular fragrance for men called Grey Flannel.

Beene’s work started becoming more contemporary and minimalist day by day and became an inspiration for many modern American designers at the time. In 1989, Fifth Avenue became the home of Geoffrey’s first boutique. The godfather of minimalist fashion managed to bag many awards for producing outstanding work throughout his career. He was the winner of many Coty awards and won four awards from the Council of Fashion Designers of America. He also received a lifetime achievement award.

Geoffrey’s clothes were much appreciated by his loyal fans Pat Nixon, Faye Dunaway, Glenn Close, Nancy Reagan and Lady Bird Johnson. Beene was not only an inspiration to many but a teacher too.  Kay Unger, Doo Ri Chung and Alber Elbaz were all Beene’s apprentices who made it big in the fashion industry. His illustrious career of forty years came to an end with his death on 24th September, 2004 due pneumonia; one of the complications of cancer. The Council of Fashion Designers of America has created the annual Geoffrey Beene Lifetime Achievement Award to honor Beene’s legacy.