Buy it now or it's gone. 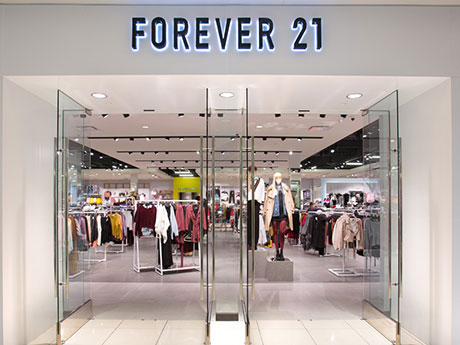 From a million dollar fast fashion retailer with presence worldwide to filing for bankruptcy and subsequently being acquired by a consortium of investors, the entrepreneurial story of Forever21 is unique.

Originally named Fashion21, fast fashion retailer Forever21 was founded on April 16, 1984 by Do Won Chang and his wife Jin Sook when they emigrated from South Korea to Los Angeles and opened a 900 sq ft flagship store in Highland Park, LA. Chang named himself CEO while his spouse took over merchandising. Their vision was to bring new styles to the masses at low costs.The designs, similar to ones seen in South Korea, were popular among Los Angeles’ Korean American community and the company pulled in $700,000 revenue in its first year of business.

In 2003, Forever21 acquired rival Reference Clothing Company for reported $3.5 million. RCC had grown to three dozen units before declaring bankruptcy and Forever21 converted fourteen stores to its brand. The company opened its first overseas store in the UAE in 2004. The following year, Forever21 acquired most assets of its rival, teenage clothing retailer Gadzooks Inc. for reported $33.1 million. The acquisition added a hundred and fifty stores in thirty-six states to its existing two-hundred odd stores. In 2006, it acquired Charlotte Russe Holding Inc.’s Rampage, for reported $14 million; the deal included forty-four stores and some were converted to Forever21. The company continued to do great business peaking in 2015 when its founders were worth $5.9 billion combined, per Forbes.

However, the brand is no stranger to controversy. Per Forbes, fifty copyright violation lawsuits have been placed against Forever 21. Sadly, sales declined due to controversies and litigation, and Chang drew up loan agreements in January 2015 that included $10 million from his own accounts and $5 million from each of his daughters, per BOF. Subsequently, the company filed for bankruptcy protection and ceased operations in forty countries. On February 2, 2020, Forever 21 sold its assets to a consortium of investors Simon Property Group, Brookfield Properties and Barneys’ owner Authentic Brands Group for reported $81 million. The new owners wasted no time in transforming the flailing brand and hired Daniel Kulle as CEO. Kulle, who was President, H&M North America, for nine years, is focusing on strengthening e-commerce and making the company eco- friendly. He stated in a release that sustainable fashion is the future and it will reflect in Forever21 production and vendors.

To provide shoppers with an unprecedented selection of today’s fashions at affordable prices.

To provide a captivating and exciting store environment with a never-ending flow of fun, on-trend fashion at a great value.