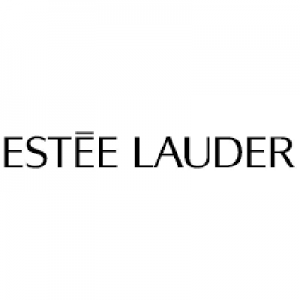 Estée Lauder began as a homemade skincare business that evolved into one of the world’s leading brands of skincare, makeup, fragrance and haircare sold in a hundred and fifty countries and territories worldwide. The exponential growth is attributed to its growing portfolio of acquired brands that align with its values.

The company began in 1946 when Estée Lauder and her husband Joseph Lauder retailed skincare products developed in the kitchen based on a simple premise: every woman can be beautiful. Her interest in beauty was sparked in high school when her uncle, who lived with her family, created the most succulent skin creams in the kitchen and then in a makeshift laboratory. Inspired, her first line carried a cleansing oil, skin lotion, rich all purpose creme and creme pack. The business took shape when Estée started selling skin care and makeup in salons, and in two years, the couple got their first big order from Saks Fifth Avenue, New York.

The business mantra was simple: word-of-mouth. Estée believed in the mantra, ‘Telephone, Telegraph, Tell a Woman.’ Over the next decade, the duo expanded the range and in 1960, opened their first overseas store in Harrods, London. The following year, they opened an office in Hong Kong. In 1964, Aramis was introduced: a line of fragrance and male grooming products. As a visionary, Estée Lauder was honoured with several awards during her career including France’s Legion of Honor and Gold Medal of the City of Paris. In 1968, Estée Lauder was awarded Spirit of Achievement from Albert Einstein College of Medicine. That year, the company expanded further, and opened Clinique, a dermatologist-guided, allergy-tested, fragrance-free cosmetics and skincare brand. It became the first women’s cosmetic company to introduce a line for men in 1976, titled “Skin Supplies for Men”.

In 1981, the products were being retailed in the Soviet Union. In the nineties, brand acquisitions and licensing agreements contributed to its growth as the company transformed from a family-owned business to a public family-controlled organization. ‘Our portfolio strategy includes growing existing brands and discovering new high-potential acquisitions that align with our values and offer a long-term outlook for success,’ says President and CEO Fabrizio Freda in a release. ‘To maintain our leadership position, we nurture and preserve each brand’s distinctive identity and purpose. At the same time, we leverage our global distribution, creative resources and operational expertise across all our brands.’ Brand acquisitions began with an investment in M•A•C Cosmetics in 1994, which the company acquired in 1998. Bobbi Brown Cosmetics and La Mer were acquired in 1995. The company ventured into hair care and holistic beauty brand with Aveda in 1997 and renowned fragrance house Jo Malone London was acquired in 1999.

On November 16, 1995, The Estée Lauder Companies went public on New York Stock Exchange. The company’s sales in 2003 were reportedly $5.12 billion. Sadly, Estée Lauder passed away at her home in Manhattan on April 24, 2004. The company continued with its acquisitions full steam in the following years and bought a majority interest in Bumble And Bumble haircare salon; an exclusive global licensing agreement was signed with fashion designer Michael Kor and fashion designer Tom Ford inked a deal to develop and distribute fragrance and cosmetics under Tom Ford Beauty. Diversification was a top goal across price points and product categories. On July 1, 2010, the company acquired Smashbox Beauty Cosmetics, Inc. On October 28, 2011, Aramis and Designer Fragrances, a division of The Estée Lauder Companies Inc., and Tory Burch LLC collaborated for the global license of Tory Burch fragrance. This alliance marked Tory Burch’s debut in the beauty industry. In 2012, the company launched Aerin Beauty, a luxury lifestyle beauty and fragrance brand.

In 2014, the company acquired two beauty brands, Rodin Olio Lusso, a skin care brand acclaimed for its “Luxury Face Oil,” and Le Labo, a fragrance and sensory lifestyle brand. That year, the company made its first investment in India with a minority stake in Forest Essentials, a luxury cosmetics brand specialising in Ayurvedic products. In 2015, the company acquired Editions de Parfums Frédéric Malle, a fragrance brand, and GlamGlow, a skin care brand. The following year, it acquired Becca Cosmetics, its first color cosmetic group acquisition since Smashbox. In November, the company made its largest acquisition, acquiring California-based cosmetics company Too Faced for reported US$1.45 billion. And in 2019, Dr. Jart+, which pioneered the invention of BB Cream, setting the standard for multifunctional beauty.

However Estée Lauder’s winning streak was curtailed due to the pandemic and profits declined by 14 per cent in the first quarter of 2020 due to store closures and declines in travel retail. Jane Hertzmark Hudis, Executive Group President, is focusing on reforming Estée Lauder into a digitally empowered beauty brand and expanding online marketing and services. The company has increased emphasis on its skincare products, which remains the fastest growing category in beauty, as people are focusing on self-care with the ample me-time.

In October 1992, the Breast Cancer Awareness campaign was launched by Estée Lauder’s daughter in law, Evelyn Lauder, who co-created “Pink Ribbon” with SELF magazine as a symbol of breast health. Since then, millions worldwide have become aware of the importance of breast health and how early detection potentially saves lives. The Estée Lauder Companies’ annual Breast Cancer Awareness campaign involves all of the brands in Estée Lauder Companies. Since 1992, the campaign has raised reported $89 million for lifesaving research, education and medical services.