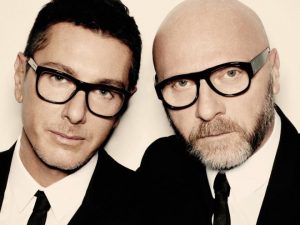 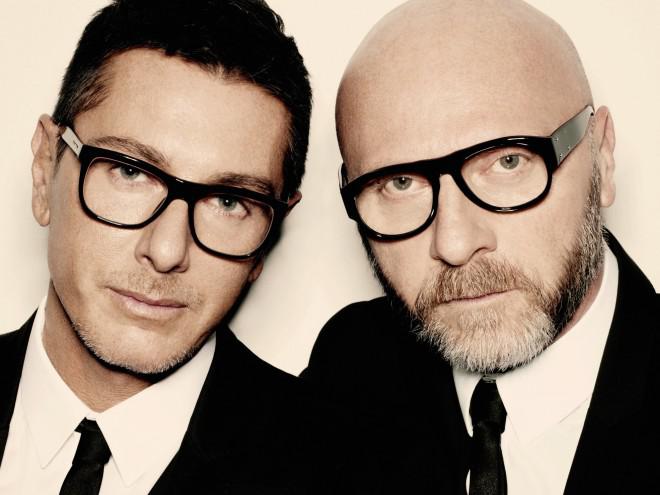 Domenico Dolce and Stefano Gabbana’s romantic relationship was the axis of their business. Together, the duo began fashion label ‘Dolce and Gabbana’ from scratch and transformed it into a billion-dollar empire.

Domenico Dolce and Stefano Gabbana hailed from modest families and began their illustrious fashion career as outsiders. Born in 1958 in Polizzi Generosa, Sicily, Dolce’s father was a tailor and his mother sold fabrics and apparel in the local emporium. influences by his father who made bridal wear, innerwear, heavy outerwear and accessories, he enrolled in a three-year course in fashion design at Marangoni Institute but dropped out after four months, confident he knew enough. Gabbana hailed from Milan. His father worked in a printing factory and mother, for a laundry service. His interests as a teenager were pop music and riding his motorino. Gabbana studied graphic design in high school and graduated from Istituto Superiore per le Industrie Artistiche, a design institute in Rome. The duo met in 1980. Dolce found a job as an assistant to designer Giorgio Correggiari. He met Gabbana at a nightclub and was drawn to him. Correggiari hired Gabbana to work on sportswear, with Dolce teaching him sketching and tailoring; in the process they became a couple.

In 1983, Domenico Dolce and Stefano Gabbana left Giorgio Correggiari. They lived together in a one-room loft in Milan and launched a design consultancy. Two years later, luxury fashion brand ‘Dolce and Gabbana’ made its debut at Milan Fashion Week. Since, the duo is referred to as ‘the boys,’ being the youngest players in Fashion. The following year, their flagship opened in Milan. They have a methodology that plays on their individual strengths. Dolce sketches the looks and builds muslin prototypes on mannequins while Gabbana does fabric selection and judges each look for that instant in which an ensemble makes its impression. Together, the duo reaped critical acclaim for their romantic dresses, leopard print, lace — a stark contrast to minimalist fashion of the era. In 1992, they presented a men’s collection and debuted their fragrance. With Dolce more in control of menswear, it heralded a return to the brand’s conservative roots. However, in a younger line, D&G, for men and women, which débuted in 1994, Gabbana’s leaning toward excess was given free rein. Buoyed by success, they diversified into knitwear, diffusion, kidswear, lingerie, swimwear, fragrance and accessories — and made headlines when pop star Madonna chose them as costume designers for her ‘Girlie’ world tour, wore their jewel-encrusted corset at Cannes Film Festival and and, more recently, their white cowgirl outfit for her music video. Their muses also include Victoria Beckham, Jennifer Lopez, Beyoncé and Sophia Loren.

Domenico Dolce and Stefano Gabbana were romantic partners for two decades and have maturely maintained a professional relationship after publicly acknowledging the end of their personal connection in 2005. Though they share ownership of the brand, they live in separate apartments in the same building in Milan, across the street from where they work. They have different boyfriends and the two couples are often seen together.

In 2013, Domenico Dolce and Stefano Gabbana were charged and convicted of tax evasion. An Italian court found them guilty of failing to declare millions of euros of revenue earned through a D&G subsidiary company, Gado, based in Luxembourg. However, they denied the charges, appealed to overturn their conviction and were pronounced innocent in October 2014, by the appellate court. In 2018, they were once gain in the news for a D&G brand campaign featuring an Italian model eating Italian cuisine with chopsticks, which was pronounced belittling to Chinese culture. With Chinese consumers forming a significant part of the luxury market, the brand lost a large part of its Asian-Pacific market.

In 2015, Dolce’s comments about in vitro fertilisation sparked widespread criticism. In an interview with Panorama magazine, Dolce said, “I am gay. I cannot have a child. I believe you cannot have everything in life…. You are born from a father and a mother. Or at least that is how it should be. For this reason I am not convinced by what I call children of chemistry, or synthetic children. Uteruses for rent, sperm chosen from a catalogue.” British singer-songwriter Elton John, who has children by IVF with his husband David Furnish, called for a boycott of the D&G brand. This sparked further controversy, with Gabbana later calling Elton John a “fascist”.

In 2016, the duo became the first fashion house to dress Melania Trump. The ensuing uproar resulted in their cheeky #BoycottDolce&Gabbana’ campaign where the designers mimicked social media protests! Further, when Catwalk Italia posted on its Instagram account a collage of Selena Gomez in red dresses, including one of Dolce Gabbana, Stefano Gabbana commented: “È proprio brutta!!!” Translation — “She is really ugly.” Thousands of enraged people demanded he apologise but Gabbana, instead, further angered them by posting on Instagram: “Omfg #pleasesaysorrytoselena.”

1993: Perfume’s Academy “Most Feminine Flavor of the Year” for Dolce & Gabbana Parfum.

2009: The City of Milan awarded them Ambrogino Gold Medal