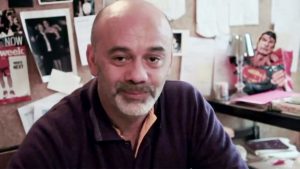 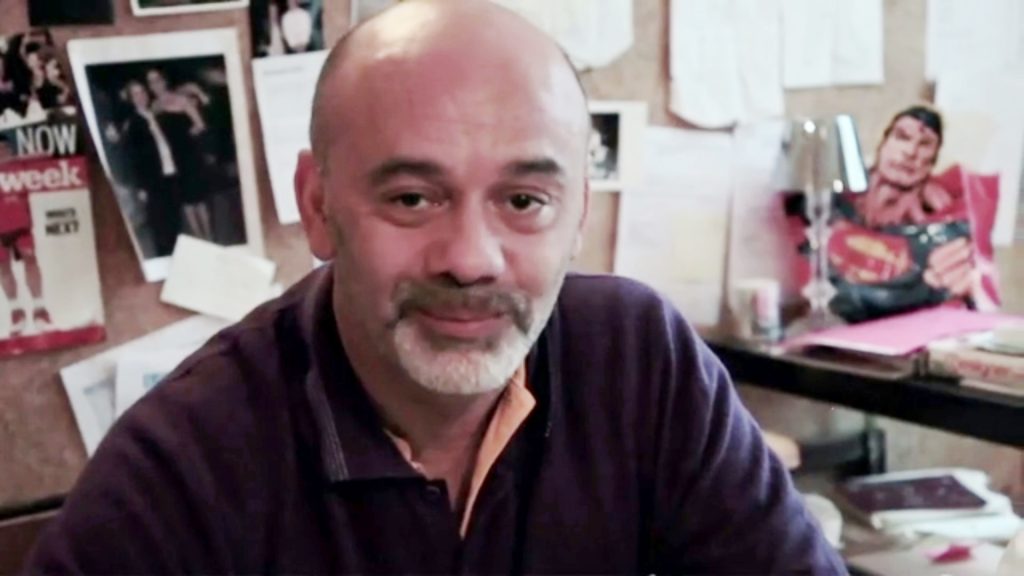 Christian Louboutin is one of the world’s most legendary shoemakers. His exceptionally handcrafted, red- soled high- heeled stilettos are instantly identifiable — one he’s gone to court to protect — and he sells over a million pairs of shoes each year. His headquarters at Paris’ Rue Jean-Jacques Rousseau started off as a building and has since spread the length of the street. Although, his clients argue the real reason Louboutin reigns is because his shoes—be it spiked, feather-topped, ruby-encrusted, sheathed with animal print, lace or fur, or simply gleaming black—heightens a woman’s sense of self.

Louboutin grew up in Paris’ twelfth arrondissement. The only son of four siblings, his father Roger was a cabinet-maker, and mother Irene, a homemaker. Since he spent most of his time sketching shoes instead of studying, he was reportedly expelled from three schools and moved out at the age of twelve to live at a friend’s house. Louboutin trained in drawing and the decorative arts at Académie d’Art Roederer and his fascination with shoes began when he visited National Museum of Arts of Africa and Oceania. His first job was at Folies Bergère music hall, where he assisted showgirls. They would send him for veal carpaccio, which they furtively hid in their shoes, for cushioning. In 2006, when he designed his iconic, ‘Very Prive’ — a vertiginous shoe with an open toe and a hidden platform — he was thinking of that veal.

Louboutin travelled to Egypt and India, and returned to Paris with sketches of sinuous heels “teetering on the edge of something outrageous”. After approaching all the major couture houses with his designs, Louboutin started his career at Charles Jourdan, one of the first licensees for Dior in the Fifties, and then freelanced for Chanel, Yves Saint Laurent and Roger Vivier who made the Queen’s shoes for her coronation. In the late Eighties, he gave up shoe designing to become a landscape gardener but missed working with shoes and set up his own brand in 1991. The following year, Louboutin opened a shoe salon in Paris. His red-lacquered handcrafted shoes were soon taken up by Hollywood luminaries, Paris’ fashion establishment and royalty; Princess Caroline of Monaco was his first customer and he counts Lady Gaga, Madonna, Oprah Winfrey., Diane von Fürstenberg, Catherine Deneuve, Danielle Steel, Christina Aguilera, Joan Collins, Jennifer Lopez, Madonna, Tina Turner, Gwyneth Paltrow, Sarah Jessica Parker, Beyoncé, Katy Perry, Miley Cyrus and Britney Spears among his fans. He has also collaborated with power players Alexander McQueen, Lanvin and Jean Paul Gaultier, and designed for Yves Saint Laurent’s final runway showing which later led to a legal battle regarding the trademark of the red soles.

Louboutin’s outrageous designs never cease to amaze — the legendary shoemaker has designed and sculpted shoes with heels of mismatched heights, covered them in studs and spikes, fur, feathers and orange mohair, made used tape measures to make sandal straps and designed boots with pockets. Among his iconic designs are ‘Pigalle’ pointed-toe, vertiginous -heeled pumps; ‘Gruotta’ kitten heels with a structured bow, ‘Resillissima’ ankle boots with sheer panels of diamond- patterned lace, ‘Watson’ loafers with a red pony hair mustache, ‘Officier’ slippers with military-inspired gold threadwork and customized men’s shoe onto which their tattoo design could be embroidered!

Right from the first sketch till date, Louboutin begins each design with a sketch, wielding pencil and knife to hand-sculpt and perfect each shoe on a model’s foot. His signature red- lacquered soles were first designed in 1993 when was working on a prototype inspired by Andy Warhol’s Flowers. It had a pink stacked heel, a fabric flower and a black sole. Then he noticed an assistant painting her nails red, grabbed the nail polish and coated the sole with red lacquer. The shoe “popped” and he instantly perceived that red lacquered soles would be his calling.

Louboutin turned his attention to mens shoes in recent years. The collection of dress shoes, iconic spiked loafers and lu- kicks has grown so steadily since its inception, dedicated stores became a pre-requisite. When he opened his first men’s boutique, Louboutin offered a bespoke service that re-creates a customer’s tattoo as an embroidered element on a pair of brogues or loafers… a one of a kind shoe because it represents the wearer.

The red sole is a trademark in several countries and law suits have taken place in which Louboutin claimed violation of its rights. In the litigation, the one that generated headlines was Christian Louboutin vs. Yves Saint Laurent. In 2011, Louboutin filed a US trademark infringement claim of its red-soled shoes against Yves Saint Laurent. The firm expected that YSL monochromatic shoe — red upper, red outsole — would be revoked and sought US$1 million in damages. However, U.S. District Judge Victor Marrero denied the firm’s request to stop the sale of Yves Saint Laurent women’s shoes with red soles. In 2012, the court finally ruled that Louboutin retains the exclusive right to use the color red on the bottom of its shoes whenever the outer portion of the shoe is any color besides red, while Yves Saint Laurent can continue to sell shoes with red soles as long as the whole shoe is red.