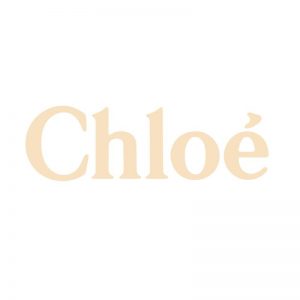 To give women freedom to dare to be themselves.

Feminine and free-spirited, the maison Chloé was founded in Paris in 1952 by Gaby Aghion, an Egyptian, born in Alexandria — with a vision of offering luxury ready to wear which was feminine, modern, free-spirited and graceful.The following year, Aghion joined forces with Jacques Lenoir, who managed the business of the brand.

In 1956, the first collection was introduced at Le Café de Flore, one of their favorite cafes and a hot spot for artists in Paris. Following its success, Gaby and Jacques began hiring young talented designers, who would go on to make a name; the roster included Christiana Bailly, Michèle Rosier, Graziella Fontana, Tan Giudicelli, Guy Paulin and Carlos Rodriguez.1966 was the turning point as Karl Lagerfeld came on board as main designer and Chloé became the go-to fashion destination for Jackie Kennedy, Brigitte Bardot, Maria Callas and Grace Kelly. There was no looking back. The first Chloé boutique opened in Paris in 1971 followed by boutiques in Las Vegas, New York, Beijing, Sydney, Shanghai, Hong Kong, Singapore, Taipei, Bangkok, Munich, Moscow, Istanbul, London, Tokyo, Beirut, Doha, Seoul, Zurich, Dubai and Kuwait. And regional offices in New York, Tokyo, Shanghai, Hong Kong and Dubai. Gaby Aghion continued to run the company until 1985, when Chloé was acquired by Alfred Dunhill Ltd., now part of holding company Richemont Group.

Over a half-century, Chloé continued working with promising artistic directors and each one of them be it Karl Lagerfeld, Martine Sitbon, Stella McCartney, Hannah MacGibbon Phoebe Philo or Clare Waight Keller, shaped the Chloé Girl. Yet, the foundation has never been compromised. ”Chloé is a house that has seventy years of history and every designer has written a chapter of its story without ever betraying the DNA. You can create these different visions as long as you respect that it is a very feminine house. Chloé is a spirit, not a fashion brand…rather, one that can enhance the beauty of a woman who wears it.” Natacha Ramsay-Levi told Vogue. Gaby Aghion had founded Chloé to give women the freedom to dare to be themselves and today the culture at Chloé reflects that spirit.

To give women freedom to dare to be themselves.