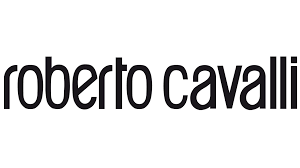 The grandson of an acclaimed painter of the Macchiaioli group, Roberto Cavalli studied at the Academy of Fine Arts of Florence where he specialized in textile application. Few knew he would one day be a worldwide legend in the business of Fashion as he made cutting-edge developments in textile technology throughout his career.

Roberto Cavalli began his career in Fashion during the Sixties, working in his own silk printing shop where he applied a new painterly technique to garments, which consequently led to garment dyeing techniques. His interest in adding colours to silk and wool has its roots in Tuscan artisan traditions. Few know that his grandfather was an acclaimed painter of the Macchiaioli group and Cavalli himself studied at the Academy of Fine Arts of Florence where he specialized in textile application.

Roberto Cavalli made cutting-edge developments in textile technology. In 1970, he debuted at the Salon for Pret-a-Porter in Paris with leather patchwork in alliance with Mario Valentino. The evening gowns in printed leather took Fashion by storm and having patented his leather printing technique, Cavalli earned commissions from design houses including Hermès and Pierre Cardin. In 1972, he showcased patchwork jeans at Palazzo Pitti, Florence. That year, he also opened his first boutique in Saint Tropez, foreseeing the potential of the fishing village as a destination for the elite and attracted the A-list set, including Brigitte Bardot. In the late Seventies, most Italian fashion houses moved to Milan. Cavalli, instead, stayed on in Florence.

Cavalli’s career entered an exciting phase in the early Nineties. His showcase at Milan Fashion Week in 1994 made the brand a worldwide success. One of the most glamorous to date, the collection had wildlife motifs on denim, printed apparel, embroidered fur and sculpted gowns. Applying artistic techniques to denim, he presented printed jeans in 1988, sand-blasted jeans in autumn- winter 1994, and Lycra stretch jeans the following year. These innovations in textile technology was an unbridled hit and Roberto Cavalli launched Cavalli Jeans — later renamed Just Cavalli — in 2000. This was followed by new clothing lines: Roberto Cavalli Junior and Class Cavalli. The same year he opened boutiques in Saint Barth and the French Caribbean, the first mono-brand boutique in Venice in 1996 and shortly the brand was distributed in over thirty countries. So, is it a wonder it was loved and worn by Jennifer Lopez, Christina Aguilera, Kate Moss, Victoria Beckham and Gisele Bundchen?

At the turn of the century, the Italian fashion group diversified its portfolio by inking collaborations and licensing agreements for the production and distribution of new accessories lines. The Marcolin Group started developing and distributing Roberto Cavalli and Just Cavalli sunglasses and optical frames. In 2002, Cavalli collaborated with Sector to design watches, which grossed reported €3.9 million. That year, he opened a café store in Florence, with the interiors done up in his animal prints. This was followed by the Just Cavalli Club in Milan; along with the other club in Dubai, it became representative of the brand’s lifestyle experience. Set in a snakeskin-encased bottle, Roberto Cavalli Vodka was launched in September 2005. Followed by wines, restaurants and members’ clubs. In 2007, Roberto Cavalli became the first Italian fashion brand to create a limited edition collection for fast-fashion retailer H&M. Another key collaboration involved designing a limited edition Diet Coke bottle.

In 2015 Italian private equity fund Clessidra SGR has ninety per cent stake in Roberto Cavalli with minor partners such as L-GAM and Chow Tai Fook Enterprises. Former Versace head Gian Giacomo Ferraris was appointed  CEO in July 2016 and began a re-organization and return to the brand’s Tuscan origins: the Milan headquarter closed and relocated to Osmannoro. ‘The profound knowledge of the sector and the important professional experiences of Gian Giacomo Ferraris will allow Roberto Cavalli to consolidate the path of relaunch that is at the base of the company’s development plans,’ Cavalli said in a statement. The following year, he appointed Paul Surridge as Creative Director of the maison.

To revamp its lines, the Italian group focused on accessories, womenswear and menswear. A collaboration with DAMAC real estate developer to build Cavalli Villas in the Middle East stimulated growth of the Home division. In March 2019, Italian fashion house Roberto Cavalli closed its US stores and prepared to liquidate its North American operations. In November, Hussain Sajwani, President of Dubai-based DAMAC Properties, purchased the brand through private investment company, Vision Investments. In a more recent development, Roberto Cavalli S.p.A appointed Fausto Puglisi as its creative consultant. ‘I am honoured and proud to carry on the legacy of this extraordinary brand and, above all, to continue to support Roberto Cavalli’s image of glamour and refinement,’ he said in a release. ‘This is a unique opportunity to write a new chapter in Cavalli’s history, continuing to celebrate the legacy of Italian craftsmanship and excellence.’ Since, the brand has enhanced its e-commerce primarily as a result of the pandemic while maintaining its stores in Europe, Middle East and Asia.

To focus on the client’s desires and needs while keeping constantly high professional standards.