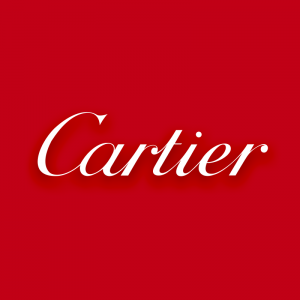 One of the most iconic brands worldwide, Cartier began as a humble shop in Paris and quickly transformed into a luxury goods conglomerate owing to the vision of founder, Louis-François Cartier. For over 150 years, Cartier has delighted royalty, celebrities and millionaires with its one of a kind extravagant timepieces and jewellery.

Louis-François Cartier worked as an apprentice under Adolphe Picard on Rue Montorgueil. Hard work and a wise decision to buy the workshop in 1847 was the first step in building the conglomerate, during the period between the resignation of King Louis Philippe and establishment of the second empire. The new rulers waged war on the aristocracy. Unable to access their wealth, they turned to their assets, jewellery. Cartier, taking advantage of the opportunity, offered to buy their finest pieces for a fraction of its worth and built the most valuable jewellery collection in France. The turbulence ended shortly, and he sold the new collection to those who could afford it. The business grew over a decade with the opening of the first boutique in 1859.

In 1874, his son Alfred Cartier took over the reins, shifting to the prestigious Rue De La Paix in 1899. On Louis-François’ death in 1904, his grandsons Louis, Pierre and Jacques — known as the Cartier brothers — established the brand in London and New York. As the oldest, Louis helmed the Paris headquarters and for a short time, a branch in St. Petersburg; Pierre acquired prime real estate on 653 Fifth Avenue, New York for two strands of their finest pearls; Jacques travelled to London and two years later received Royal Warrant, supplying jewellery to King Edward VII and his court. He also undertook took responsibility for British colonies, including India.

In no time Cartier grew from a small business to an International luxury brand selling to European royalty, Indian maharajahs, Russian princesses and millionaires. Louis was the design visionary and created some of the brand’s iconic designs. In 1904, aviator Alberto Santos-Dumont noted the impracticality of pocket watches when flying and he designed a flat wristwatch with a square bezel, alligator leather bracelet and golden case. “Santos” was Cartier’s first men’s wristwatch. In 1910, Cartier designed a crown for Elizabeth II. Two years later, Louis designed “Mystery Clock”, with hands that appear to be suspended in the air. This timepiece is perhaps the most legendary.

In 1911, Cartier was commissioned by the Maharaja of Patiala, India to create a necklace with 2,930 diamonds weighing one thousand carats and later the Maharaja of Nawanagar commissioned a bespoke necklace made from a cascade of colored diamonds. In 1914, the iconic Panthère motif was designed — the onyx spotted panther pattern wristwatch became a rage. Inspired by the first press photographs of the British Mark armoured tank in 1916, Louis designed ”Tank”; in production for over hundred years, it was loved and worn by Muhammad Ali, Clark Gable, Princess Diane, Steve McQueen and Andy Warhol. 1925 witnessed ”Trinity Ring.” The three rings symbolise different stages of a relationship: white for friendship, pink for love and yellow for fidelity. A fabulous Art Deco Tutti Frutti bracelet produced in1928 was auctioned in 2011 by Christies $1,887,232. Another iconic piece was “Pasha”; reportedly, the order for this waterproof timepiece came from the military chief of Marrakech, El Haj T’hami el Mezouari el Glaoui. Later, it came into the market in a new look by Gérald Genta.

By this time, Cartier had built a reputation of being the go-to luxury watchmaker and jeweller. The brand has a royal warrant with the British monarchy after King Edward VII requested twenty-seven tiaras for his coronation and referred to Cartier as, “the jeweller of kings and the king of jewellers.” Soon after King Edward VII made his mandate, more came in from the courts of Belgium, Romania, Egypt, Spain, Portugal, Russia, Siam, Greece, Serbia, Albania, Monaco and the House of Orleans. Cartier became synonymous with the rich and famous for decades — Duchess of Cambridge Kate Middleton wore a Cartier tiara at her wedding with Prince William; Prince Rainier of Monaco gave a 10.47 carat diamond-ruby Cartier engagement ring to Grace Kelly; and Richard Burton gifted a necklace with a 69.42-carat Cartier diamond to Elizabeth Taylor. However following the death of The Cartier Brothers, their children Jean-Jacques, Claude and Marionne — who respectively headed the Cartier affiliates in London, New York and Paris — sold the businesses in 1964.

In 1972, Joseph Kanoui, led a group of investors who bought Cartier Paris, re-purchased Cartier London and New York and in 1979, the Cartier interests were once again combined. The group took care of the appointment of heads who steered the brand forward. In 2012, Cartier became a part of Switzerland-based luxury goods holding company, Richemont. Since, Cartier continues to inspire collectors worldwide with design classics In recent times, the luxury watchmaker released three iconic luxury timepieces slathered with diamonds, for 2021: Panthère Songeuse, The Reptilis and The Rosary. In a nod to post-pandemic joys of being out in nature, The Panthère Tropical wristwatch nods to Cartier’s mascot with onyx and white diamonds set against coral and 20.58 carats of blue aquamarine and tourmaline, to evoke the beauty of a tropical rainforest. 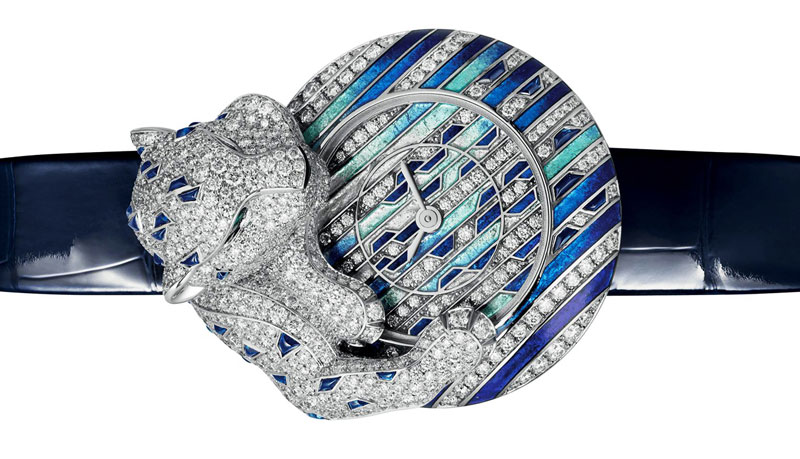 At Cartier, the vision is defined by the values which underpin its history and determine its future. The team strives to exceed the limits of excellence to create objects of the highest quality.

Timeless appeal. The iconic, extravagant timepieces and jewellery are loyal to their inspiration and origin yet are relevant to people today. Cartier watches focus on design excellence than mechanics since historically the brand allied with Jaeger-LeCoultre for movements.