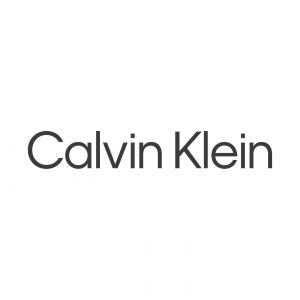 “Calvin Klein, or nothing at all”

Calvin Klein Limited was founded in 1968 as a coat shop in York Hotel and transformed into a multi- million dollar brand that envelopes menswear, womenswear, denim, underwear and fragrance.

Born and bred in The Bronx, Calvin Richard Klein launched his first company with childhood friend Barry Schwartz. When Schwartz joined his family’s grocery business and gave Klein $10,000, he launched Calvin Klein Limited — a coat shop in York Hotel, New York — and inked a deal with department store Bonwit Teller for his debut collection of youthful elegant coats and dresses. Soon, Bergdorf Goodman and Saks placed orders and Calvin Klein Ltd. reportedly grossed a million dollars in its first year of business. In September 1969, Calvin Klein appeared on the cover of Vogue.

In 1971, Klein added sportswear and womenswear, cultivating a minimalist look with fine fabric and sharp tailoring. Klein describes his style as ‘simple, comfortable stylish clothes—but with nothing over-scale or extreme.’ In 1973, and again in ’74 and ’75, he was honoured with Coty American Fashion Critics’ Award for his womenswear collection — the youngest recipient at that time. He then diversified into menswear and denim, and in 1978, reported a sale of two million pairs of jeans the first week it was on the market — he had built a designer-jeans trend by putting his logo on the back pocket.

Growth continued through the Eighties. The licensing program, which brought in $24,000 when it was initiated in 1974 had royalty income of reported $7.3 million a decade later. The same year, global retail sales were estimated at $60 million with the brand being retailed in the United States and available in Canada, United Kingdom, Ireland, Australia, New Zealand and Japan through licensing deals. Calvin Klein further diversified into a line of women’s boxers and men’s underwear which reportedly grossed $70 million in the first year. Shortly, the brand introduced a home line and consolidated business with fragrances ‘Obsession’, ‘Eternity’ and ‘CK One’.

Calvin Klein faced near-bankruptcy in the Nineties but was saved by a bailout from friend David Geffen. As Calvin Klein’s head of menswear design, John Varvatos pioneered men’s boxer briefs, made widely popular by a series of print campaigns featuring Mark Wahlberg; since, the briefs have been called “one of the greatest apparel revolutions of the century.” So it came as a surprise when the company was up for sale and had been approached by LVMH, Pinault Printemps Redoute, Tommy Hilfiger Corp. and Italy’s Holding di Partecipazioni but nothing materialised because of the steep price tag. The brand was acquired by Phillips-Van Heusen Corporation in 2003 for reported $400 million in cash, $30 million in stock and licensing rights and royalties linked to revenues over fifteen years. Initially, Klein conned as creative head, then an advisor and gradually withdrew from the business. In August 2016, Raf Simons was named chief creative officer, overseeing the entire brand including womenswear, menswear, jeans, underwear and fragrance. The current President and COO of the CKI division within PVH is Tom Murry.

In February 2013, Warnaco Group was acquired by PVH which unified Calvin Klein formal, jeans, sports apparel and underwear. Worldwide retail sales of Calvin Klein brand exceeded reported $9 billion in 2019. The following year, PVH announced that as part of its animal welfare policy, the company would no longer use exotic skins and would be banning its use in Calvin Klein when the “annual update of that policy is released.”

“We believe in a culture that provokes discovery and brave thinking. We strive to make a positive impact on the world. We inspire passion in our people. We embody authenticity and embrace individuality.”