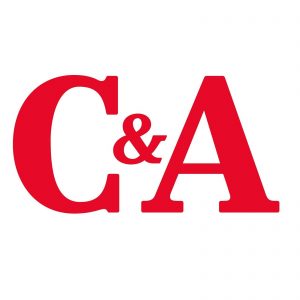 C&A is a global retailer

C&A is an interesting global retailer that serves families on a budget. Its professional and timely fashions are very appealing to families and the company prides itself on the quality of its products.

To support programmes and initiatives that will transform fashion into a fair and sustainable industry that enables everyone, from farmer to factory worker, to thrive.

Clemens and August’s ancestors left the family farm in 1671 to sell linen as travelling merchants. It was in Mettingen in the 1830s that young boys Clemens and August Brenninkmeijer were apprenticed to learn their trade. In 1841, with a loan from their father, the brothers opened textile firm C&A Brenninkmeijer in the small town of Sneek. Living above the stockroom, they took their quality, ready-to-wear clothing from farm to farm and eventually the first store opened in 1860. In 1910 Dutch retailer C&A Brenninkmeijer had ten stores in the Netherlands.

The emergence of sewing machines brought with it an era of readymade apparel and C&A soon offered it in different sizes. This proved to be popular with customers and shortly, a store opened in Leeuwarden and two in Amsterdam. At this point, the brothers passed the business down to the next generation, who began selling ladies’ coats at affordable prices. It wasn’t long before the business acumen that was democratising fashion in Holland began showing good results in Germany and a store opened in Berlin in 1911. it wasn’t all smooth sailing though. Post- WWII, growing back the business in Germany was priority. Building on its principles of creativity and hard work, C&A evolved to slowly become one of Germany’s largest retailers.

The following decades saw the company expand in Europe, Brazil, Mexico and China. Per Forbes, ”Since the company does not want to release any figures to the Dutch government, in 2001 the operations of all countries were consolidated into Cofra Group, a holding company headquartered in Zug, Switzerland.” However, its strategy of retailing budget apparel from high-rent centrally located retail stores made it vulnerable to retailers in out-of-town locations, clothing operations of supermarket food chains and high street brands. In the twentieth century, C&A withdrew from the UK and Argentina while C&A China competed with high street brands H&M and Zara. On 14 January 2018, Der Spiegel reported on its website that C&A management was considering selling the company to a Chinese investor. In a company release, Cofra Holding AG said that they “remain fully committed to a successful, future-proof C&A business and as such at C&A we have embarked on a transformation and growth program.” Without mentioning the sale, they added: “The ongoing transformation of C&A includes an investigation of ways to accelerate in high growth priority areas such as China, emerging markets and digital, and that could potentially include partnerships and other types of additional external investment.”

What began as a two-man operation in 1841 is today one of Europe’s leading fashion companies. C&A cares for sustainable fashion just as deeply as it did in the little town of Sneek. By 2020, a majority of garments were made from sustainable materials; the supply network achieved zero discharge of hazardous chemicals; and the management engaged in dialogue with suppliers about programs that would improve workers’ livelihoods, secure safer working conditions and increase suppliers’ productivity. Its new slogan “Wear the change” points to this focus on sustainability and the retailer emphasises its continued efforts to keep prices down too.