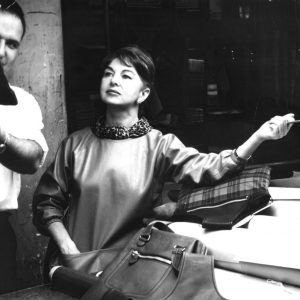 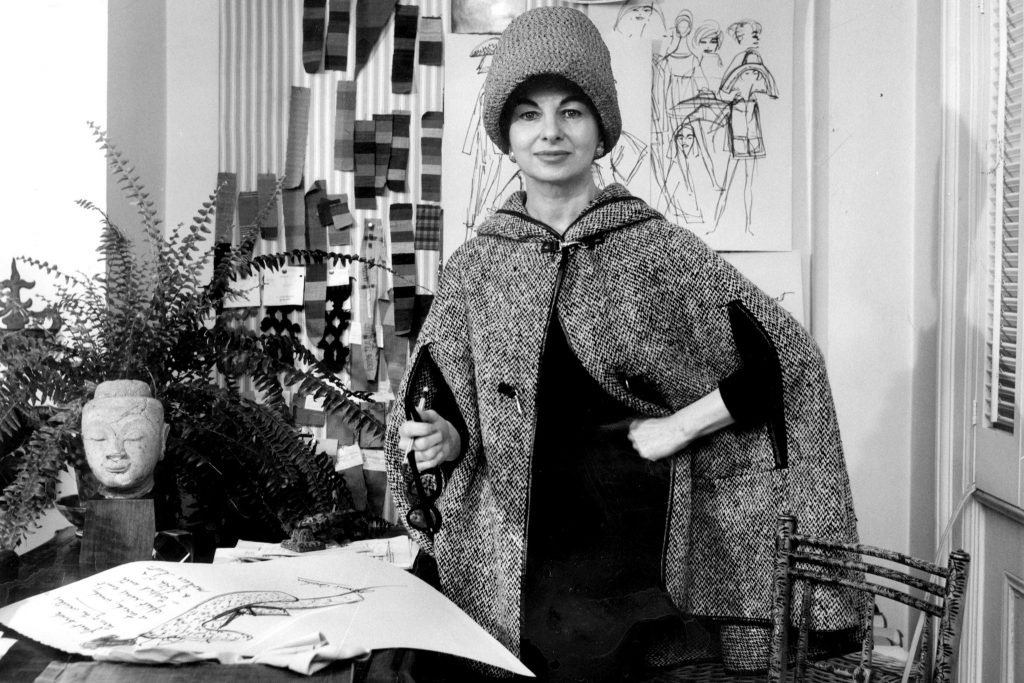 Bonnie Cashin, American fashion designer (born Sept. 28, 1915, Oakland, Calif.—died Feb. 3, 2000, New York, N.Y.), was a highly influential innovator who created loose-fitting sportswear and light, layered clothes. She first designed sportswear for the fashion house Adler & Adler from 1937 to 1943. Working for Twentieth Century Fox from 1944 to 1949, Cashin created clothes for some 60 films, including Laura (1944) and The Keys of the Kingdom (1944). She started her own company, Bonnie Cashin Designs, in 1952 and was one of the world’s most prominent designers during the following two decades. In 1972 Cashin was inducted into the Coty American Fashion Critics Hall of Fame.

Cashin was born on September 28, in Oakland, California to Carl Cashin, a photographer and inventor, and Eunice Cashin, a dressmaker. The family lived in several towns in northern California during Cashin’s early years, and in each, her mother would open a custom dress shop.In a 1973 interview, Cashin explained her interest in fashion: “My mother was a dressmaker and before I could write I could sew.”

Cashin attended Hollywood High.During high school, Cashin was hired by a Los Angeles ballet and theatrical revue company, Fanchon and Marco, to help make costumes for its productions. After she graduated, Cashin became its full-time designer.

In 1934, Cashin moved with the ballet company to New York City to work at the Roxy Theater, where she created three costume changes per week for each of the theater’s 24 dancers, known as the “Roxyettes.” Variety is reported to have described the 19-year-old Cashin as “the youngest designer to ever hit Broadway.”In 1937, at the urging of Harper’s Bazaar editor Carmel Snow, sportswear manufacturer Louis Adler offered her a job.She was hesitant to accept, stating, “The profit-conscious, business-like atmosphere of Seventh Avenue seemed very different to me from the atmosphere around the theater. I felt more at home with dancers, actors, artists, musicians, writers–people like that–than I did with most of the business men I met in the clothing industry.”While in New York, Cashin studied at the Art Students League of New York.After the U.S. entered World War II, Cashin designed uniforms for women in the armed forces.

In the early 1940s after she had moved back to California, Cashin was married briefly to Disney illustrator and art director Robert Sterner.The marriage ended in divorce, and they had no children.In the 1960s, Cashin met Amy Vanderbilt’s husband Curtis Kellar, who was head counsel for Mobil Oil. Cashin and Kellar were close friends until after Vanderbilt’s death, when they became inseparable. They never married.Cashin’s mother was her company’s only other major stakeholder, with a one-percent stake. Up until her mother’s death in 1963, the two lived in adjoining apartments in midtown Manhattan, where her mother sewed Cashin’s samples for major manufacturers.Upon its construction in 1966, Cashin lived and worked at UN Plaza.

Cashin died in Manhattan on February 3, 2000, due to complications from open-heart surgery.

The Bonnie Cashin Archive, the designer’s personal design archive, is privately owned in its entirety by her protégée, heir, and biographer, Stephanie Lake. In 2019 (as reported by Women’s Wear Daily), Lake and her husband Cory opened the archive to collaborative partnerships. The Bonnie Cashin Archive and its projects have no affiliation with any Cashin trademarks registered in the decades since Cashin’s death. Cashin herself never registered her name.