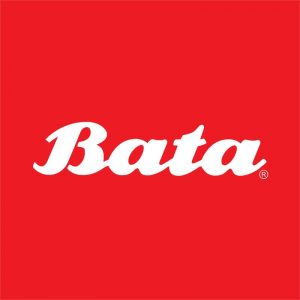 Bata was founded as a small family business in Czechoslovakia to ‘Shoe the World’ which led the brand to transform itself into one of the world’s most powerful and influential footwear brands.

“To provide products and services of superior quality which improves and protects the health of the feet of our customers.”

Baťa was founded on 24 August 1894 in the Czech Republic, by siblings Tomáš, Antonin and Anna Bata, who hailed from a family of cobblers. The company grew exponentially after Tomáš studied new methods of mass production in the United States and introduced mass production in Europe. Its debut mass product, ‘Baťovky’, a leather and textile shoe, became popular for its simple, lightweight style and low price. Following Antonín’s death in 1908, Tomáš brought his younger brothers, Jan and Bohuš, into the business and by 1912, the Swiss-headquartered, family-owned company employed six hundred workers and several hundred people who worked out of their homes.

With the outbreak of World War I, Czechoslovakia was hard hit with its currency devalued by 75 per cent, and unemployment was rampant. Tomáš Baťa responded to the crisis by halving the price of Bata shoes. The workers agreed to a interim reduction in wages; in turn, Baťa provided food, clothing and other necessities at a reduced price. He also introduced a profit-sharing initiative that gave employees a stake in company profits. Consumer response to the price drop was explosive — while most competitors were forced to close, Baťa continued to expand as demand for their inexpensive shoes grew. Baťa Shoe Company increased production and hired more workers and he original factory town of Zlín was transformed into ‘Bata-Ville’—a self-sufficient factory town where workers could live with basic amenities including housing, schools and hospitals… provided for by Bata.

Baťa had a philanthropic base in its business strategy — the company had its own hospital, schools and introduced the five-day work week. As his empire continued to grow, Tomáš Bata diversified his company into tanning, agriculture, forest farming, sea transport, coal mining, airplane manufacturing and river transport. It was through diversification that he conceptualised his vision of self-sufficient factory towns, and as his business became global, so too did his vision for ‘Bata-ville’. However, Tomáš Baťa passed away in 19312 in a plane crash leaving his half-brother, Jan, and his son, Thomas John Baťa, to helm the company guided by his principles: Baťa was to be treated not as a source of private wealth, but as a public trust, a means of improving living standards within the community and giving consumers value for money. Jan Antonín Baťa, following the plans laid down by Tomáš before his death, expanded the company and plants opened throughout the world.

Just before the German occupation of Czechoslovakia, Baťa re-posted Jewish employees to branches of his firm worldwide. Jan Antonín Baťa spent time in prison but in time he was allowed the country with his family. He stayed in America during 1939–1940, but when the US entered the war, he was put on British and US blacklists for doing business with the Axis powers, and in 1941 shifted to Brazil. Following the end of the war, he was tried as a traitor for failing to support anti-Nazi resistance and in 1947 was sentenced in absentia to fifteen years in prison.The demolished Bata International Centre was global headquarters during it entire existence. Tomáš’ son Thomas J. Bata, manager in British Bata Company, was sent to Canada by his uncle Jan. In 1939, foreign subsidiaries were segregated from the parent company and governments in Czechoslovakia, East Germany, Poland and Yugoslavia stripped Bata of its East European assets. In 1945, Bata Development Limited in Great Britain became service headquarters and the company rebuilt itself, expanding into new markets. By1962, Bata had production and sales activities in over seventy nine countries. In 1964, Bata moved headquarters to Toronto, Canada. After the global economic changes, Bata moved out of Canada. In September 2008 Thomas John Bata passed away at Sunnybrook Health Sciences Centre in Toronto.

A resilient company with strong philanthropic values, Bata recently estimated it serves more than a million consumers a day, with a retail presence in over seventy countries, and appointed Sandeep Kataria its global CEO. Since, though the brand has upped its style quotient, and having a global pedigree— founded in the Czech Republic and headquartered in Switzerland— sure helps.