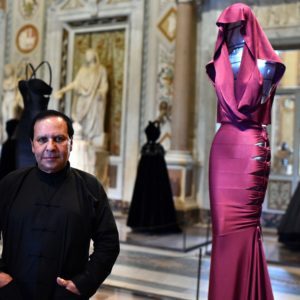 Azzedine Alaïa was a Tunisian-born couturier and shoe designer 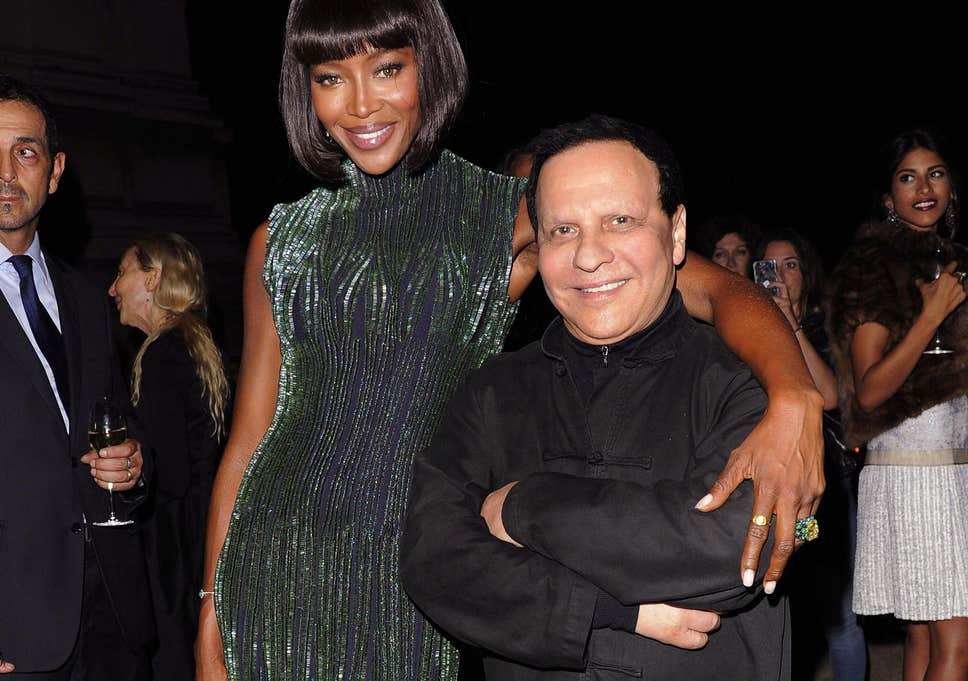 Azzedine Alaïa, who was born on the 26th of  February 1935, passed away on the 18th of November 2017 was a Tunisian-born couturier and shoe designer, particularly successful beginning in the 1980s.

Azzedine first learned how to sew during his youth in Tunis and studied sculpture. He arrived in Paris in the late 1950s. Hosted in exchange for small jobs, he learned the techniques of clothing design and developed a private clientele. In the midst of a revival of fashion at the dawn of the 1980s, he finally decided to create the brand Azzedine Alaïa. Friend of the most famous models, including Stephanie Seymour and Naomi Campbell, he was quickly noticed and “adulated” by fashion magazines for his designs. By the mid-1990s, he became less present on the world fashion scene. In the 2000s, when fashion brands were bought by luxury groups, Azzedine Alaïa associated for a few years with the Italian brand Prada, and then switched to Richemont seven years later.

Azzedine Alaïa was born in Tunis to farming parents of Spanish origin, who eventually separated. He had to start working at a very young age: this is when he learned sewing. He learned French, then lied about his age to get into a sculpture studies school at the Beaux-Arts in Tunis, from which he graduated. On the side, he worked with his sister Hafida, from whom he learned more advanced sewing skills.

Azzedine Alaïa arrived in Paris in 1956 during the Algerian war, a complicated period for people coming from North Africa. He settled in a maid’s room that the Countess de Blégiers lent to him in exchange for small jobs; he remained there for several years, sewing and baby-sitting. Upon his arrival in the capital, he joined the house Dior as a tailor for three days according to the archives of Dior – to sew labels. By chance, he met Simone Zehrfuss, then Louise de Vilmorin who invited him to her home. From there, he met all the big Parisian families and begins to build up a private clientele.

To learn more about his tailoring job, Azzedine went to work at Guy Laroche, who then had a real sewing workshop and helped Thierry Mugler, who made him meet Izet Curi. He made his first collection for Charles Jourdan, a small collection of ready-to-wear decorated with metal parts, eyelets and zips: most buyers did not like it, describing it as “sadomasochism “; the collection was refused, but it allowed him to be noticed by a few journalists.

He launched his label, Azzedine Alaïa, and his first collection was pushed by Thierry Mugler. The fashion designer communicated little with the press, his interviews were rare.

Soon, the fashion editors Brigitte Langevin, Nicole Crassat, and Carlyne Cerf of Dudzeele made the first major report on Azzedine, photographed by Bill Cunningham for WWD, the American “bible” of fashion, in November 1981. As a result of which the creations of the designer make the cover of Elle; the article was followed by another written by the influential French magazine of the time: Depeche Mode. B

Buyers from across the Atlantic rushed to purchase: Azzedine’s collections were now sold by US department stores: Bergdorf Goodman first, then Barneys New York.

His first Spring-Summer ready-to-wear fashion show, based on black, white and transparency and his mastery of leather, was a success; he woudl then recurrently address, in a very dark palette, other colors such as emerald green or purple.

Dinner in the kitchen of Azzedine Alaïa became the most chic place in Paris. Artists and personalities would often attend: Grace Jones became his muse, Andrée Putman decorated his workshop, Tina Turner has her pearl and gold dress designed by Azzedine.

Azzedine was recognized widely by his height (1.55 m). His life companion was the German painter Christoph von Weyhe.

Azzedine Alaïa is quoted in a replica of the movie The American Class: “Nothing like going to Azzedine Alaïa, or even buying some sweatshirts at Yohji Yamamoto! “.

Alaïa was also quoted in the film Clueless where Cher Horowitz, played by Alicia Silverstone in red dress signed Azzedine Alaïa, replies: “This is an Alaïa […] an extremely important fashion designer”.

Julian Schnabel’s film, At Eternity’s Gate, is dedicated to him.