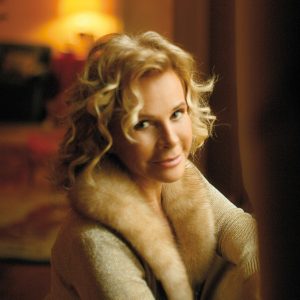 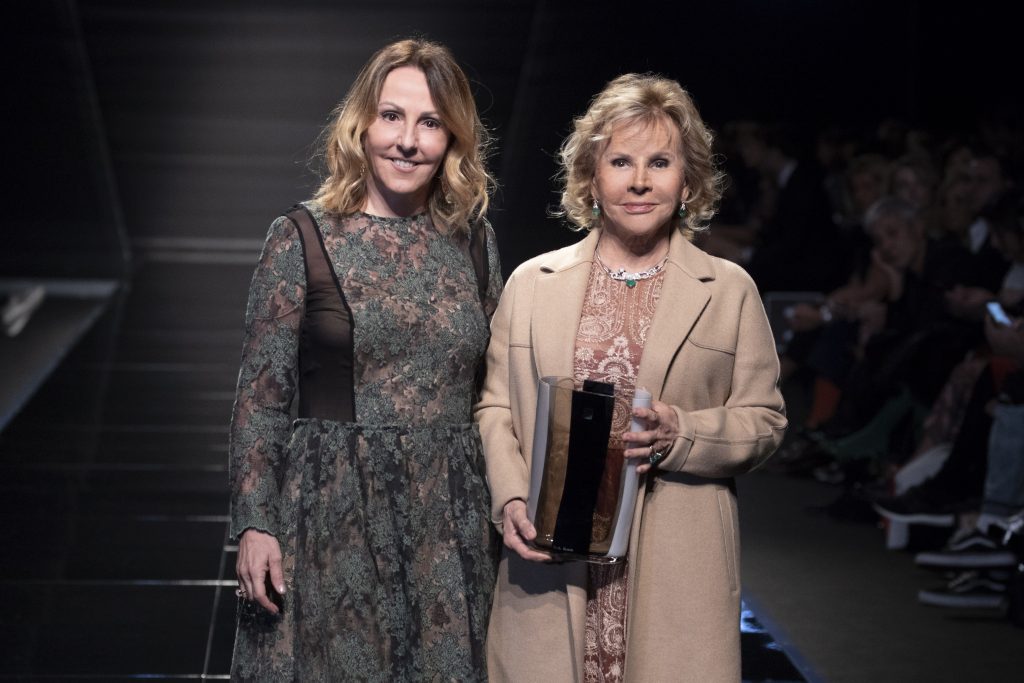 Aptly named the “Queen of Roses”, Anna Molinari is an Italian fashion designer who was appointed to the order of “Knight of Labour” by the President of the Italian Republic Giorgio Napolitano. She has also been the Creative Manager of Blumarine and Blugirl collections within Blufin Group.

Anna Molinari was born in 1958 in Carpi, in the province of Modena, Italy, to a family of industrialists who produced knitwear.Her mother was her teacher and her muse, inspiring her with a love for making clothes, and teaching her stitching techniques.

Her daughter Rossella Tarabini now oversees the Anna Molinari collections. She was born in 1968 and studied in Paris and London before taking over the design for the family house in 1995. She supervises the advertising campaigns which, from the 1990s until today, have involved such first-rate artists as Helmut Newton, Juergen Teller, Ellen von Unwerth, and Peter Lindberg, and such top models as Naomi Campbell, Cindy Crawford, Eva Herzigova, Helena Christensen, Carla Bruni, and Monica Bellucci.

Anna Molinari’s son Gianguido looks after the menswear lines.After the death of Anna’s husband Gianpaolo Tarabini, he was nominated as the new general director of Blufin and is also responsible for  the Hotel Touring owned directly by his mother, separately from Blufin.

She and her husband Gianpaolo Tarabini established her label in 1977. Molinari founded Blumarine, a line of ready-to-wear knitwear that was officially presented in 1980 at Modit, Milan, an important fair for the sector and where she was awarded a prize for being the best creator of the year. In 1988, Blufin was set up to act as a holding company.The first Blumarine boutique opened its doors in the Via della Spiga, Milan in 1990. Now the company sells at more than 1000 retail outlets, 55 of which are their own-brand boutiques.

Later, with the help of Italian fashion designer MOSCHINO, Anna Molinari began designing other garments, developing a look of edgy romanticism. Anna Molinari was an innovative and experimental collection directed until 2008 by Anna’s daughter Rossella Tarabini, and Blugirl, was created for young, romantic, yet rather irreverent women. She developed another line called Miss Blumarine, for the younger clientele.Blugirl Folies is a brand launched in the market in 2007, aimed at younger teenage girls, integrating the Blugirl line.In February 2015, the company launched a male fashion line, Blu Sport, at Milan Fashion Week.

Anna Molinari is said to be the “queen of the roses” because of her passion for these sensual flowers. Over the years, she has managed to create a one of a kind style through the creation of highly feminine garments with precious detailing.

2004: Anna Molinari was awarded a prize for her career achievements by the Camera di Moda, Milan, and the Premio Marisa Bellisario award for being a world ambassador for Italian products.