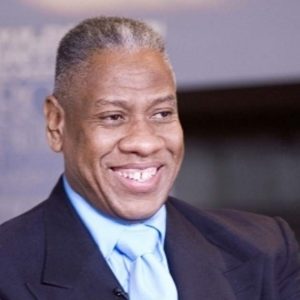 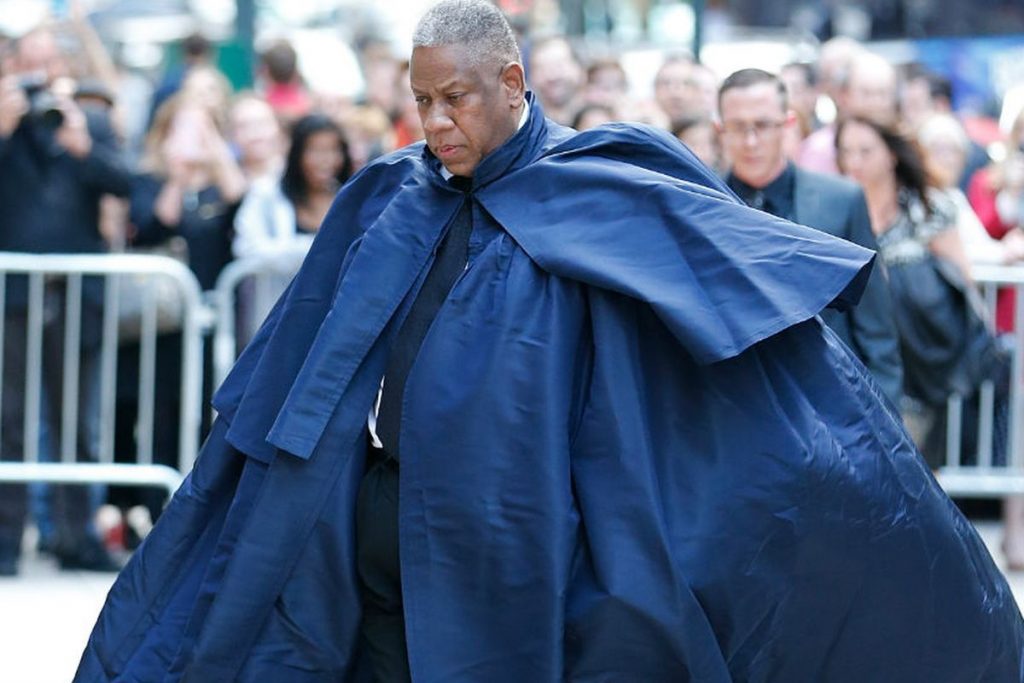 André Leon Talley is one of the fashion industry’s most influential stylesetters. Famous among fashionistas for his flamboyant, often custom-made outfits that accentuate his six-feet, seveninch frame, as well as by his booming baritone, Talley is undoubtedly the most prominent African American in the high-stakes world of designer fashion, a world which revolves around the semi-annual runway shows in New York, Paris, London, and Milan.

Talley has been recognized for his important work. In 2003, he earned the Eugenia Sheppard Award for Fashion Journalism, Council of Fashion Designers of America while in 2008, he was honoured the Honorary Doctor of Humanities, Savannah College of Art and Design

Talley is the son of William C. Talley, a taxi driver, and Alma Ruth Davis, and was born on October 16, 1949 in Durham, North Carolina. However, he was raised by his grandmother, Bennie Frances Davis, who worked as a domestic in the Durham area. Davis had a profound effect on him and he credits her with his uncommon flair for fashion. As a teen, he ventured to the library in the white section of town. It was there that he discovered Vogue and quickly became a devoted reader.

Talley’s postsecondary experience began at North Carolina Central University and, later he was granted a scholarship to Brown University where he earned an M.A. in French Studies in 1973. He initially planned to teach French, but the fashion world beckoned him. He first worked as an assistant for Andy Warhol. In 1983, he began working as the editor-at-large for Vogue magazine and soon became the most notable African American in the world of designer fashion.

A man of great stature and influence, Talley is also known to criticize high profile designers for excluding women of color on the runway and for championing a host of lesser-known fashion designers such as Rachel Roy and Jason Wu over the course of his career.

In 1984, he co-authored MegaStar with Richard Bernstein, a publication containing portraits of famous celebrities. In April 2003, Talley penned his autobiography, A.L.T.: A Memoir and followed with A.L.T. 365+ an art monograph that features photographs and captions from one year of his life.

Talley had a cameo appearance in the 2008 feature film, Sex and the City, as a Vogueexecutive and in 2009, he appears in the movie-documentary, Valentino: The Last Emperor, and in The September Issue, a 2009 behind-the-scenes documentary about the September 2007 issue of Vogue.

He is a board trustee at the Savannah College of Art and Design and in 2008, he was awarded with an honorary doctorate. The André Leon Talley Gallery opened in the Museum of Art at the College in October 2011. During the same period the College established the André Leon Talley Lifetime Achievement Award, an annual award given to up and coming fashionistas.

In January 2014, Talley became the Artistic Director for Zappos Couture, a web-based provider for couture apparel and other goods. Along with Zappos, he will assist with re-designing the website which will include a new look and original content.

Talley wrote an autobiography entitled A.L.T.: A Memoir, published by Villard in 2003.According to Publishers Weekly, the message delivered by the book is that “Style transcends race, class, and time.”

He also authored A.L.T. 365+, an art monograph designed by art director Sam Shahid, published in 2005. 365 features photos and captions from one year of Talley’s life.

Talley co-wrote with Richard Bernstein the book MegaStar, with an introduction by Paloma Picasso, which includes portraits of famous stars.