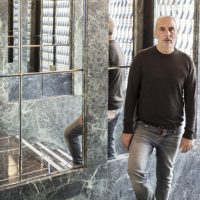 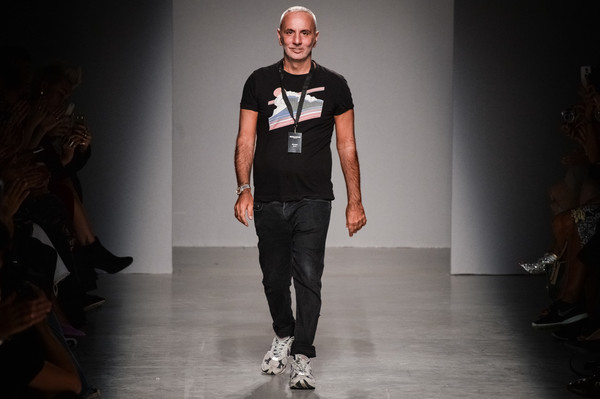 Alessandro Dell’Acqua is a fashion designer who presented his first prêt-à-porter collection at Milan Moda Donna in 1996 and his first men’s line at Pitti in Florence in January 1998. He was born in Naples on December 21, 1962.

At June 2009, Dell’Acqua sent out a press release informing the press that the men’s Spring-Summer 2010 and women’s Pre-spring 2010 collections will be produced without his approval, and departed ways with his eponymous label.

Currently, Dell’Acqua is back on the fashion scene with a new collection, named N°21. The name comes from the designer’s birthday, and it is also his lucky number. The 80-piece collection, which spans dresses to knitwear to outerwear, will debut at the upcoming Fall 2010 Milan Fashion Week with a small runway show on February.

Dell’Acqua took over as creative director at Malo, the Italian luxury knit company, and showed at Milan Fashion Week for the Spring 2009 season in September.

Educated at the Academy of Fine Arts in Naples, he launched his label’s first collection in Milan in 1996, entitled “Punk on a Mediterranean Woman.” The label, known for its refined eveningwear and cocktail dresses inspired by Italian cinema, also expanded into menswear and fragrance, earning celebrity clients including Winona Ryder and supermodel Iman along the way.

In 2009, the designer departed his label, issuing a letter to the press which stated that Cherry Grove, the company that produced and distributed his label, had not allowed him to check the quality of the product. In May 2010, he joined Brioni as creative director of the house’s womenswear line, which was closed the following year. Also in 2010, Dell’Acqua launched No 21, a new contemporary womenswear line named after his birthdate and lucky number, which has since launched menswear and opened stores in Milan and Tokyo. Alongside his own brand, Dell’Acqua has been creative director at Paris maison Rochas since 2013.

In November 2018, Dell’Acqua was tapped to collaborate with Tod’s on a capsule collection, in the first leg of its “Factory” initiative aimed at turning around the ailing shoe brand.