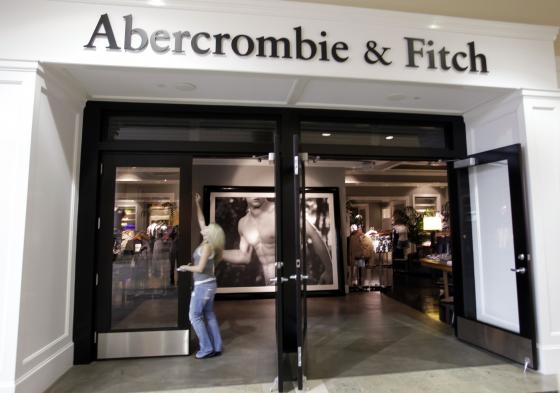 Founded in 1892 as a premium retailer of outdoor apparel, Abercrombie and Fitch continues to design classics and essentials with the intention is to make everyone feel comfortable, confident and stress-free.

Founded in 1892, New York by David T. Abercrombie as outfitter for distinguished outdoorsmen, Abercrombie became so popular that loyal consumer, lawyer and real estate developer Ezra Fitch purchased a significant share in the company and renamed it “Abercrombie and Fitch Co.” in 1904. Subsequently, Fitch purchased Abercrombie’s share and became sole owner of the company during 1907–1928. With him at the helm, it continued to thrive, outfitting Ernest Hemingway, Theodore Roosevelt’s safari and Adm. Richard E. Byrd’s voyage to Antarctica. In the Seventies, however, the business was struggling due to stiff competition from new low priced brands and trying to maintain its image and brand value. It was acclaimed for a considerable inventory of extravagant items but operating expenses forced the company to discontinue items such as an $80,000 gold and onyx chess set. In 1976, the company filed for Chapter 11 bankruptcy and shuttered its flagship store at Madison Avenue and East 45th Street in 1977.

In 1978, Oshman’s Sporting Goods owned by Jake Oshman, bought the defunct company’s name and mailing list for reported $1.5 million. He relaunched the company as a mail-order retailer that specialised in hunting wear and novelty goods. Later, it opened shops in Beverly Hills, Dallas and New York City. In 1988, Oshman’s sold the company name and operations to clothing chain The Limited which shifted its focus to young adults, first as a subsidiary of Limited Brands and then as an individual public company. It grew to become one of the largest apparel firms in the United States. In the twenty-first century, The Great Recession hit the company’s business as teenagers began showing interest in low priced brands. Subsequently the company rebuilt its merchandise mix and cut under-performing stores.

The company’s first non-U.S. stores opened in Toronto and Edmonton in 2005 followed by other cities in Canada. It entered the European market two years later with the opening of a flagship in London followed by stores in Milan, Copenhagen, Paris, Madrid, Brussels, Dublin and Germany. In 2009, the company entered Asia with a flagship in Tokyo followed by stores in Fukuoka, Singapore, Hong Kong and Seoul. In 2015 it entered into a franchise deal with Grupo AXO to open stores in Mexico. Later that year, the company entered the Middle East with a flagship in Kuwait and plans to open in Dubai, Saudi Arabia, Qatar, Bahrain and Oman.

However, it was no stranger to controversy. CEO Michael Jeffries, who was credited for restructuring the company and developing its contemporary brand image, was in the eye of a storm when he gave an interview to Salon stating, “we hire good-looking people in our stores. Because good-looking people attract other good-looking people, and we want to market to cool, good-looking people. We don’t market to anyone other than that… In every school there are the cool and popular kids, and then there are the not-so-cool kids. Candidly, we go after the cool kids. We go after the attractive all-American kid with a great attitude and a lot of friends. A lot of people don’t belong [in our clothes], and they can’t belong. Are we exclusionary? Absolutely.” He resigned in December 2014. Following dismal revenue, the company shifted its marketing strategy to fast fashion.