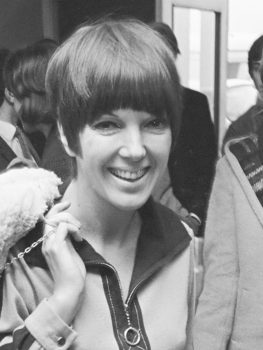 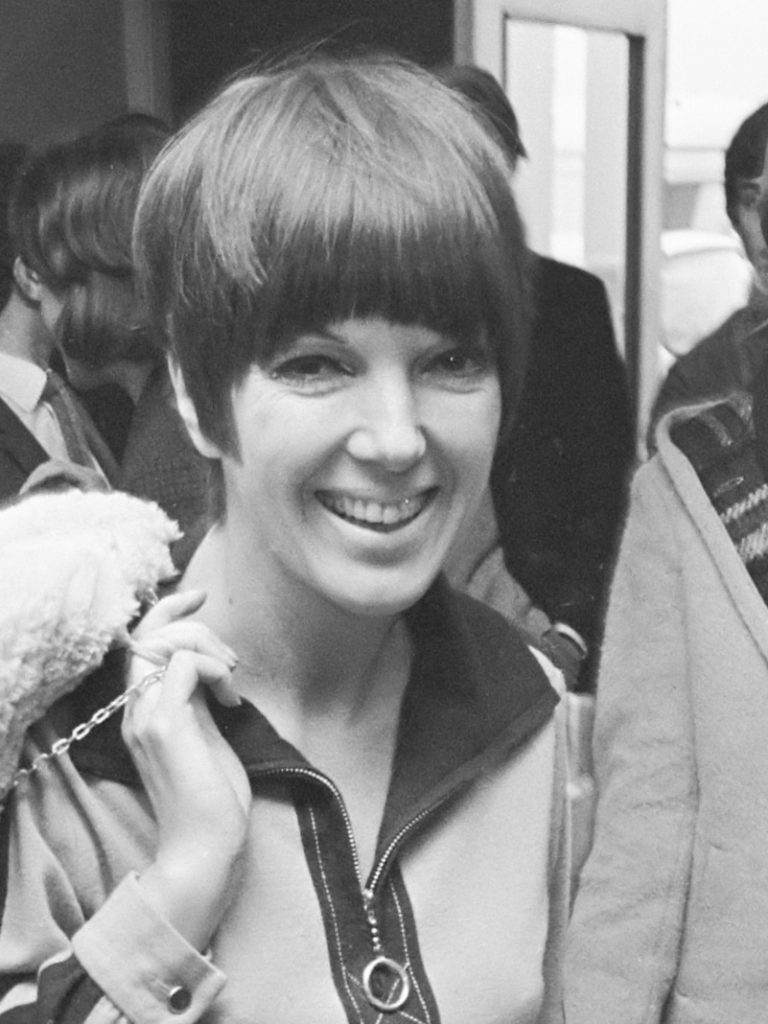 Designer Mary Quant harnessed youth culture to create a new look and revolutionised Sixties fashion. She was at the forefront of a youth- centric movement that revolted against haughtily dictated, conventional fashion — giving them liberating solutions like minis, tights, hot pants, coordinated dress-and-knickers and a cosmetic line that complemented the racy styles. Her, visionary aesthetic, and consequent runaway success of her boutique, transformed it into an empire.

Dame Barbara  Mary Quant was born on 11 February 1934 in Blackheath, London, the daughter of Welsh teachers. Her parents hailed from mining families; however, they had both been awarded scholarships to grammar school and earned first-class degrees at Cardiff University — before moving to London to work as teachers. Quant attended Blackheath High School, earned Diploma in Art Education at Goldsmiths, and began apprenticeship at Mayfair milliner, Erik. Her younger brother John Antony Quant became Dental Officer in the Royal Air Force.

In 1955, Mary Quant and Alexander Plunket Greene partnered with photographer Archie McNair, to open her first boutique, Bazaar, in Chelsea and two years later, a second branch in Knightsbridge. The boutiques were so popular with the jet set that John Osborne, Julie Christie, Audrey Hepburn, Bridget Bardot, Twiggy and the Beatles often dropped in to shop, much to the delight of the paparazzi. Quant revolutionised youth fashion; her look was of a coquettish girl in skinny ribbed polo-neck sweaters, miniskirts, hot pants, patterned tights, dresses with white plastic collars, pinafores, PVC macs, bright jersey shifts, net hosiery and zip-up knee-high boots — with a geometric bob and kohl-rimmed eyes. In particular, the mini skirt was an expression of Sixties youth culture and sexual liberation movement. For Quant, it was girls on the street who pushed her to invent the mini, continually requesting her to design shorter silhouettes. A radical business model that brought fashion down from haute couture to street style. In 1966, she tapped into the need gap for makeup to complement the racy styles, and became a pioneer of designer cosmetics — bearing her daisy logo. This move was a hit worldwide, particularly in Japan. In 1970, she entered into an agreement for exclusive distribution of Mary Quant cosmetics in Japan, signed between Mary Quant Cosmetics Ltd., UK and Gala Cosmetics International Ltd. Two years later, Mary Quant Cosmetics Japan Ltd. was established and there are now over two hundred Mary Quant Colour Shops in Japan, reportedly earning £95m a year.

In 1988, Mary Quant designed the interiors of the Mini. The black and white striped seats with red trimming, was a rage. The seat belts were red, the steering-wheel had Quant’s daisy logo and the bonnet badge had “Mary Quant” written over the name. Two thousand special edition Mini were released in the U.K. and a number were also released overseas, in two body colours, black and white.

In 1973, Mary Quant designed Daisy Doll, manufactured in Hong Kong by Model Toys Ltd. The Seventies cutting-edge designs were accessorised with platform clogs, sandals and Go-Go Boots. What’s more, Daisy Doll had her own doll house and furniture, and each year a new fashion booklet was published with the latest designs. It was undoubtedly the best dressed doll in the world!

In 1957, Mary Quant wed her business partner Alexander Plunket Greene. They lived happily together until he passed away in 1990. Today she lives in Surrey, has a son Orlando, and three grandchildren.

The miniskirt got its name after Mary Quant’s favourite car, the Mini.

1966: Appointed Officer of the Order of the British Empire for her outstanding contribution to the fashion industry

1966: Quant By Quant — her first autobiography

1990: Hall of Fame Award of the British Fashion Council

2009: Her minidress figured among 10 Design Classics stamps issued by the Royal Mail to celebrate a century of British design.

2015: Appointed Dame Commander of the Order of the British Empire for services to British fashion